The Daily Nexus
Sports
No. 23 Gauchos Take Down Golden Bears in First Round of NCAA Tourney
November 22, 2019 at 7:29 pm by Omar Hernandez 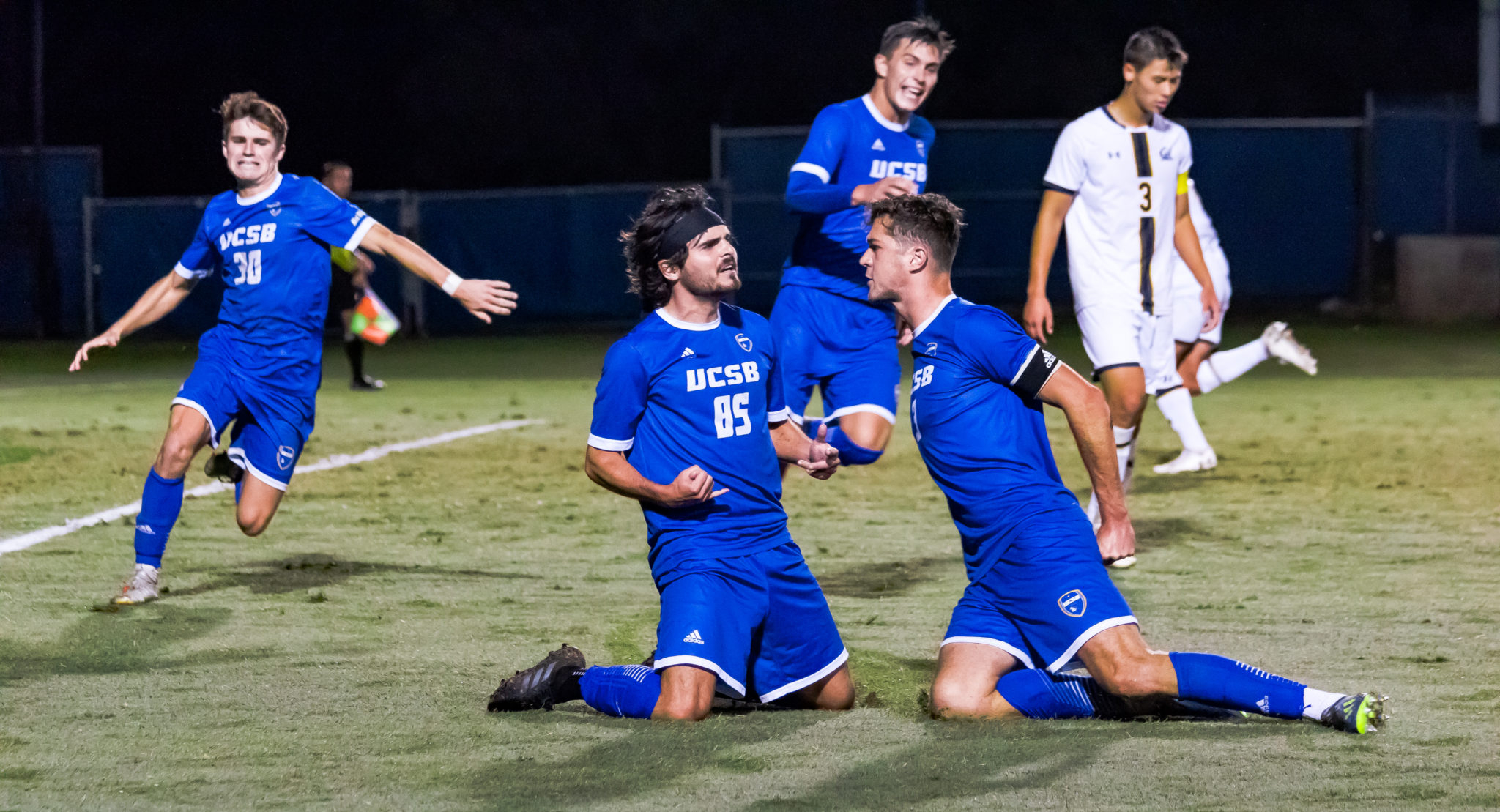 The No. 23 UCSB Men’s Soccer team defeated the California Golden Bears 3-1 in the first round of the NCAA Tournament. The Gauchos will advance to the second round for the first time since 2015, where they will face off with the No. 12 Saint Mary’s Gaels.

UCSB came into this matchup fresh off the heels of a crushing loss to the No. 14 UC Davis Aggies in the Big West Tournament championship game. The Gauchos were handily defeated by the Aggies, lost an opportunity for a bye in the NCAA Tourney and missed a chance for a conference championship.

As the old adage goes, however, great players have short memories.

The Gauchos came out on Thursday night and played one of their best games of the season against a Cal squad that had defeated two top-five teams in the last couple weeks.

From the opening kick, the team played aggressively on offense, combining long through balls in the air with short sequences of passes in the midfield to diversify their attack. UCSB controlled the midfield from the jump, and the tactical move by Coach Tim Vom Steeg of moving star forward Rodney Michael to the middle of the field played a huge role in opening up the offense.

“What [Michael] does in the middle of the field, it’s very difficult to match him up because he can go left, right or center,” Coach Vom Steeg explained after the game. “He picked up a lot of balls off of Will [Baynham] up front which allowed us to get into the attack.”

This tactic paid off almost immediately when in the 18th minute, midfielder Thibault Candia stole the ball around ten yards outside of the box. Candia split two Cal defenders and sent in a perfect through ball to Michael who had made a huge run from the middle of the field. The Sierra Leone native gathered the ball in the box and placed the ball just past the outstretched arms of the Cal goalkeeper Drake Callender to give the Gauchos a 1-0 lead.

UCSB would continue to dominate possession throughout the first half, but the Golden Bears were not going to go down easy. With just under seven minutes to go in the first period, UCB was awarded a corner kick, and sophomore midfielder Taylor Davila curled the kick into the middle of the box. It took a deflection off a few players, including Gaucho goalkeeper Ben Roach, and ended up at the feet of Cal midfielder Christian Gomez who tapped the ball into the goal to tie the game up.

The second half started up similarly to the first, with the Gauchos maintaining possession of the ball. The tension was palpable in the stands at Harder as the threat of overtime loomed in the background, but again, it was Rodney Michael who was in the right place at the right time to set up the game-winning goal.

In the 64th minute, the ball was kicked back to Callender, but he whiffed on the clearance attempt and Michael pounced at the opportunity, collecting the ball and forcing Callender into a dangerous slide tackle in the box that yielded a yellow card and penalty for the Gauchos.

Candia stepped up to the penalty spot and cooly struck the ball into the bottom-right corner of the goal with the biggest shot of his career, giving UCSB the 2-1 lead.

“You have to be in the zone, not focused on what people are saying around you,” Candia said when asked about his process for taking the penalty kick. “My team trusted me, and it was my duty to make the PK.”

The Gauchos never looked back, and Baynham notched a goal in the 72nd minute off of a Noah Billingsley cross to officially put the game out of reach. A few spectacular Ben Roach saves later, the UCSB men’s soccer team won their first NCAA tourney game in four years and set up a second-round matchup with the No. 12 Saint Mary’s Gaels.

The Gaels come into this game with a 17-1 overall, 7-0 conference record and have currently won nine games in a row. Their only loss this season was a 4-2 defeat at the hands of UC Davis; however, their strength of schedule really wasn’t too high overall.

If UCSB can come out and give the same effort that the team did on Thursday night, there’s a great chance that the Gauchos could be advancing to the third round and could possibly host one more match at Harder Stadium.

The second round of the NCAA Tournament kicks off on Sunday, Nov. 24 at 1 p.m..