The Daily Nexus
News
UCSB Undocumented Student Services Speaks to Resources for Students Amidst DACA Hearings
November 14, 2019 at 12:27 am by Katherine Swartz

The Supreme Court began oral arguments for the Deferred Action for Childhood Arrivals Program on Tuesday and will soon rule on the legality of the program — a decision that will decide the futures of over 1,700 University of California students. 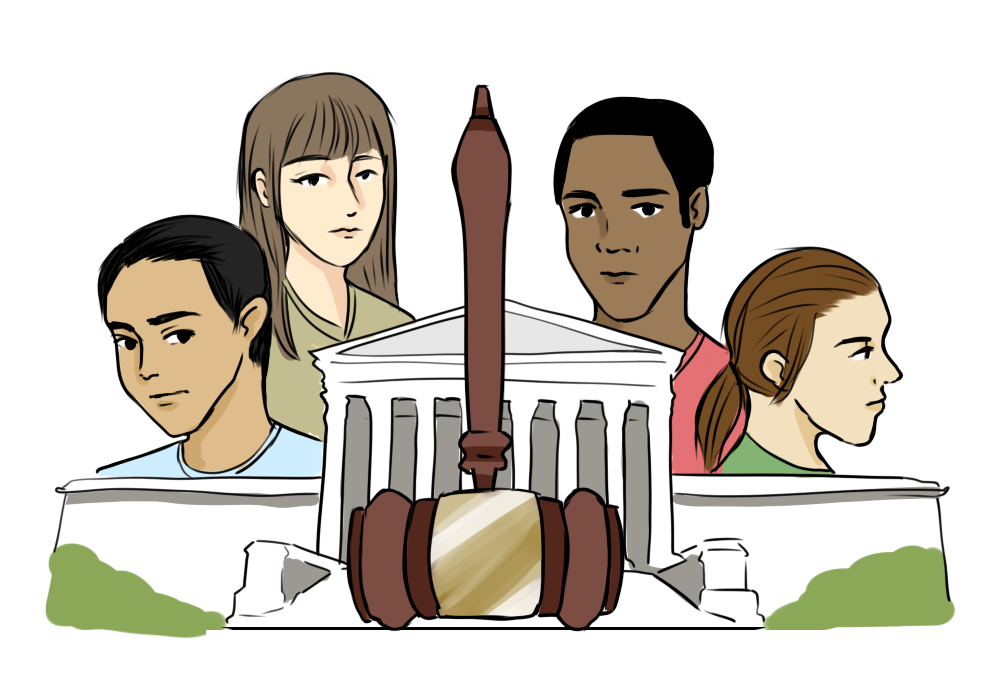 The Supreme Court began oral arguments for the Deferred Action for Childhood Arrivals Program on Tuesday and will soon rule on the legality of the program. Jessica Ko / Daily Nexus

Under the direction of UC President Janet Napolitano, the UC Regents filed a lawsuit in September 2017 challenging President Trump’s announcement that he would end the program and took its stance as a defender of the Deferred Action for Childhood Arrivals (DACA) program.

There is a UC-wide service to help undocumented students: the UC Immigrant Legal Services Center. Based out of UC Davis, the program places an attorney at each UC campus who is available for legal assistance.

In addition to the legal assistance, each UC has set aside resources for undocumented students, each with a program tailored to the needs of their respective campus. At UC Santa Barbara, this support comes from the Undocumented Student Services (USS).

The program, located on the second floor of the Student Resource Building, was officially established in 2014 through funding from the Office of the President set aside specifically for undocumented student services.

“I’ve been working around undocumented students for five years, and prior to that I was organizing DACA legal clinics,” Valdivia said. “The passion of working with immigrant communities and having a masters in student affairs when these positions opened up were part of the reason for my interest.”

Valdivia has seen exponential growth in undocumented student services over the past three years in particular — both from overall growth of the new program as well as from heightened concerns from immigrant students when it was announced in 2017 that DACA would be rescinded, she said.

“When DACA was rescinded… we were seeing students [come in and] worry about, ‘What does that look like?’” she said.

Valdivia’s goal with Undocumented Student Services is to provide a “different narrative” for the greater campus about what it means to be undocumented. Last year, USS hosted seven separate trainings for people to learn about laws and policies impacting immigrant communities, she said.

Additionally, each year during the third week of winter quarter, the center puts on an annual Immigration Awareness Week on campus, where it hosts a series of events to provide outreach about how to support the UCSB immigrant community.

The services also offer a faculty mentorship program, which connects undocumented students to other students and faculty members.

“We have socials for students, and then faculty also come to the socials, and then students get a chance to interact with them more in an informal mentor role,” Valdivia explained.

Valdivia sees the connection between undocumented students and the greater UCSB population as beneficial to everyone, particularly as the Supreme Court goes through the DACA hearings.

“A lot of the times media might be focusing on the trauma, what it means to be undocumented and that’s totally valid,” Valvidia said.

“[It’s important] for us to be able to provide a different narrative.”