The Daily Nexus
Volleyball
Gauchos Hoping For Strong Finish to the Season, CSUN Looking to Play Spoiler
November 14, 2019 at 3:48 pm by Nick DiPierro 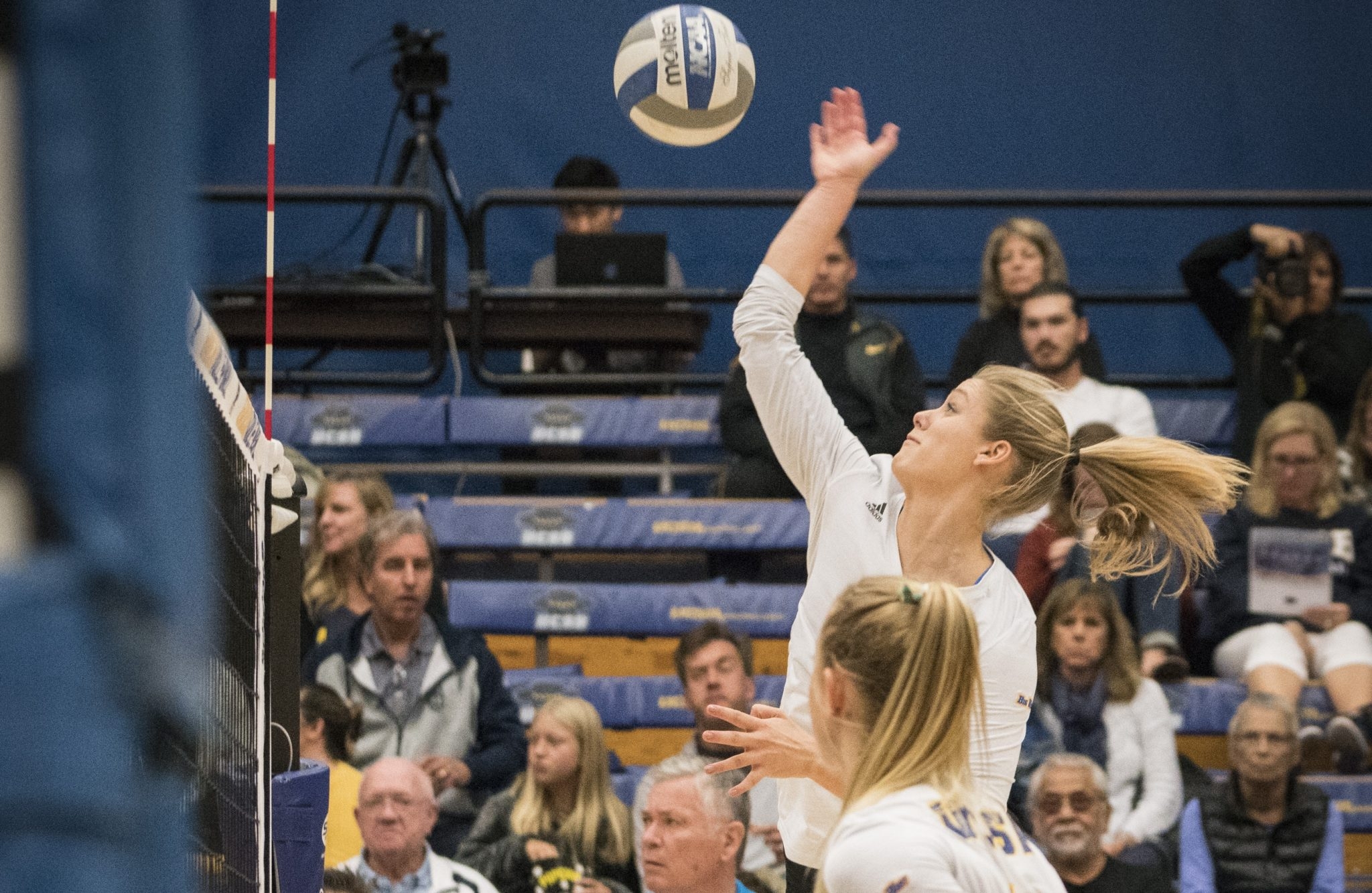 The Gauchos have won three of their last five games but are coming off two straight losses against Hawai’i and Cal Poly.

Long Beach State is 5-2 in their last seven games but fell to UCSB 1-3 just over two weeks ago. The Gauchos will arguably face the tougher of the two on Saturday in which they’re set to take on the 12-13 CSUN Matadors, who are currently on fire having won each of their last four games with a combined 12-3 record in sets.

Long Beach State sophomore Kashauna Williams is in the midst of a fine season that includes 402 kills with a .258 hitting percentage. She has done more than just score, though, as she is third on the team with 39 total blocks.

UCSB’s Lindsey Ruddins loses the kills competition with her 351 kills but has shot .282 for a much more efficient product. Perhaps this would be due in part to the help behind Ruddins, but Long Beach has clear advantages over UCSB with higher numbers in both assists (1194-1096) and digs (1337-1261).

Both teams also have four players with at least 100 kills, with the top count going to Williams, but the low count also goes to Long Beach’s Allison Martinez, who has 103.

I decided to take an even deeper look into these offenses and quickly calculated the hitting percentages of each team’s leading four scorers, finding that Long Beach’s Williams, YiZhi Xue, Katie Kennedy and Martinez have shot for a combined .252; all the while, UCSB’s Ruddins, Tallulah Froley, Rowan Ennis and Deni Wilson have completely eclipsed that number at .308.

Taking into account the fact that Long Beach is playing for respect and the Gauchos are still seeking silverware, it’ll be a hard-fought match with the Gauchos likely taking the win.

Players to look out for include all of the aforementioned as each offense is set to have a stout cast of warriors around them capable of fighting from start to finish.

CSUN will pose the bigger threat this weekend given their extraordinary form as of late. It should also be mentioned that CSUN’s last three games are against Cal Poly, UCSB and Hawai’i, in that order.

What a tough fight to end the season for all remaining teams, but it’s a given at this point that the Matadors would love nothing more than to add a little drama to this soap opera that is the Big West.

CSUN is led by Seyvion Waggoner who leads her team with 311 kills, but at just a .235 rate.

Other notable stat advantages include errors, in which UCSB leads at 429-474, and service aces, in which CSUN leads at 129-104. This means the Matadors are flinging fire at 5.16 free points per game.

It is obvious that the Matadors have been nothing short of devastating on the serve. The Gauchos will have to be focused if they are to defend CSUN’s masterful service game.

As far as the Gauchos are concerned, Olivia Lovenberg will likely be Olivia Lovenberg, Deni Wilson will surely be looking to finish her freshman year strong and Ruddins will have to be ready to roll if UCSB is to have any hope at hopping Hawai’i or Cal Poly.

Other players to watch include UCSB’s Froley and Romoni Vivao and CSUN’s Waggoner, Kamalu Makekau-Whittaker (455 assists) and Makayla Bradford (355 digs).

UCSB will visit the infamous Walter Pyramid this Friday, where they will take on Long Beach State, before heading to Northridge on Saturday. Both games will kick off at 7 p.m.