Activist and drag queen Latrice Royale performed and then participated in a moderated discussion around drag, queerness and self-expression at a free UC Santa Barbara event this Thursday. 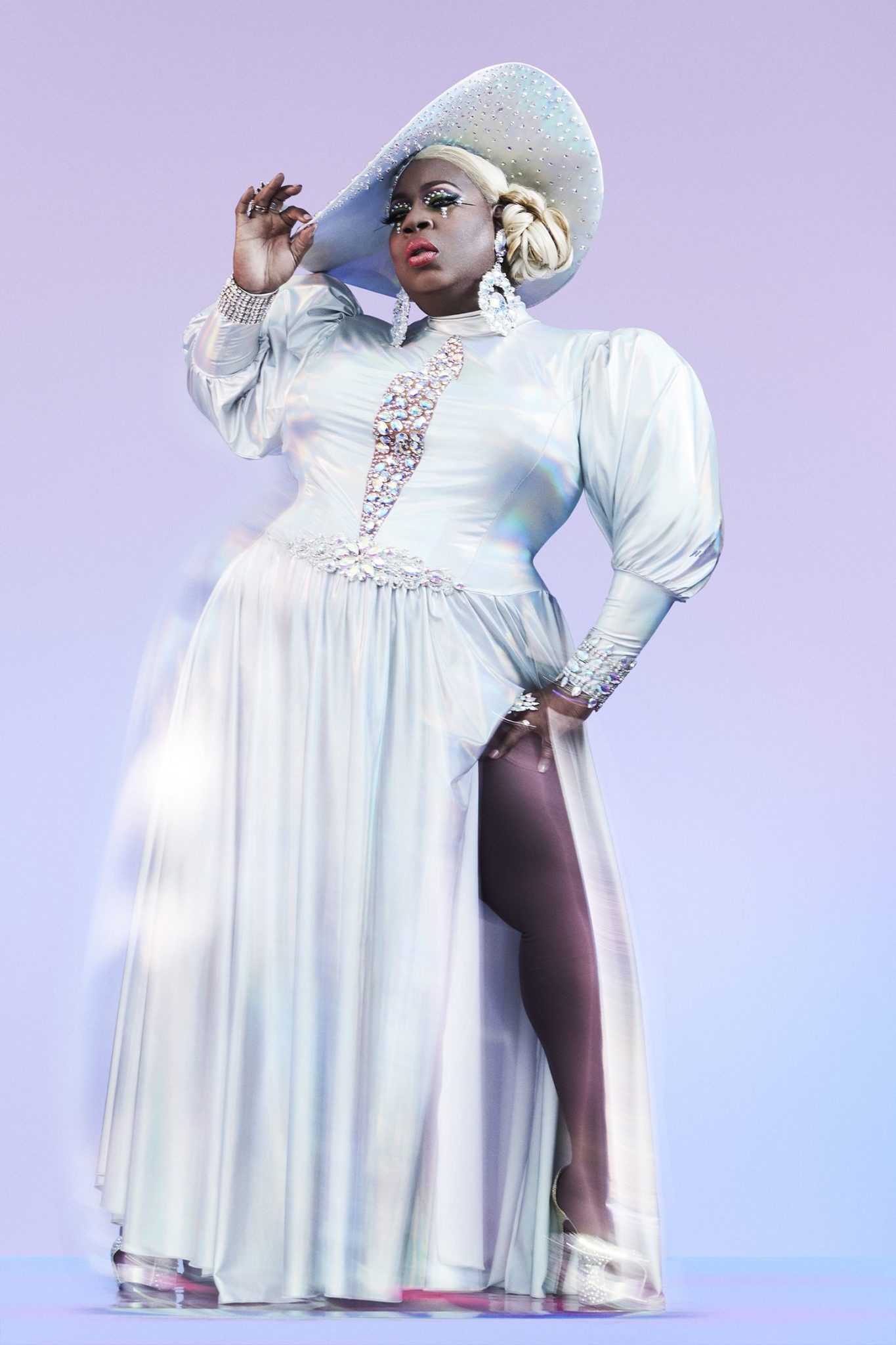 Royale, who garnered drag community fame after her appearances on three seasons of RuPaul’s Drag Race, performed several numbers to great audience excitement before engaging in conversation with three members of the UCSB community also involved in drag.

“This is incredibly liberating and the fact that this event is free is incredibly important. Witnessing students who’ve been in my classes, queer students, be here tonight is special,”  UCSB Professor of Chicano and Chicana Studies Micaela Díaz-Sánchez said, breaking off as she saw Latrice appear. “Ah! That’s her!”

The event, put on by UCSB’s MultiCultural Center (MCC), was something that “has been in the works for months,” said MCC office manager Jesse Avila, who introduced Royale.

“I personally fell in love with Latrice Royale back in 2012, after she emotionally shared that she found new life through drag during and after her time being incarcerated,” Avila said to the packed concert hall.

Royale briefly touched on her incarceration; one of her numbers was a gospel song she listened to every day while incarcerated, and she later spoke to the crowd about voting rights for those previously incarcerated.

“I was recently eligible to get my voting rights back … What I want you to know is whatever your stance on politics, whatever the case may be, if you have a voice and you are able, you need to be willing to speak for those who don’t have a voice,” Royale said.

Breaking up the serious moment, Royale then addressed latecomers walking down the aisle, jokingly yelling “Late!” at them. “Come on in, hey girl!” Turning to the audience, she shrugged. “I had to!”

Royale’s rapport with her audience was unmistakable: the event was filled with laughter, cheers and snaps at every turn as the crowd listened intently to her experience on RuPaul’s Drag Race and her wisdom on all things, from activism to skin-toned tights.

E Cooper Jr., a drag queen and UCSB undergraduate advisor in the physics department, recalled her experience first reaching out to Latrice Royale during the moderated conversation portion of the event.

“I could never find tights that fit,” Cooper said. “So I asked Latrice on Twitter, ‘Where should I go?’ But I was like, never in a million years would Latrice want to take time off her world tour to respond to me on Twitter.”

Latrice Royale turned to Cooper onstage: “And what happened?”

Royale and Cooper, along with Maddy Mokes, a drag queen and UCSB’s Resource Center for Sexual and Gender Diversity program coordinator, and Eugene Riordan, a UCSB Ph.D. student in global studies, also touched on more serious topics during their time onstage.

For all three drag queens, the road to self-acceptance and individuality wasn’t an easy one.

“I had someone come up to me, after I had said I wanted to be on RuPaul’s Drag Race, and say ‘You know they already have a Latrice Royale?’” said Cooper. “But you know what I told them? I said, ‘Yes, but they haven’t had a Cooper yet.’”

“And you know what, that’s just horrible,” Latrice Royale stated in response.

Latrice Royale also discussed her personal hardships on the road to drag, including her struggles with spirituality.

“I have always said that your relationship with our higher power is your own personal relationship. But it is difficult when the church is saying you are not a child of God, but God is not saying that,” she explained.

While she used her faith to persevere while in prison, something else “saved her,” she stated.

After the conversation, Royale answered questions from the audience in a typical no-holds-barred style. To a UCSB student who asked for career advice, she bluntly asked, “Do you have talent?

Elaborating, she explained: “My advice is to find your talent, first and foremost. Figure that out.”

“Mostly, I want you to realize how special and magnificent you all are. You need to realize that, embrace that, own that. You are sickening.”