The Daily Nexus
News
UCSB Receives Platinum-Level Honor for Bike Friendliness
November 11, 2019 at 12:03 am by Nidhi Satyagal and Alejandro Vargas

The League of American Bicyclists — a grassroots organization that advocates for bike riders — recently awarded UC Santa Barbara with its highest distinction: the title of Platinum-level Bike Friendly University. 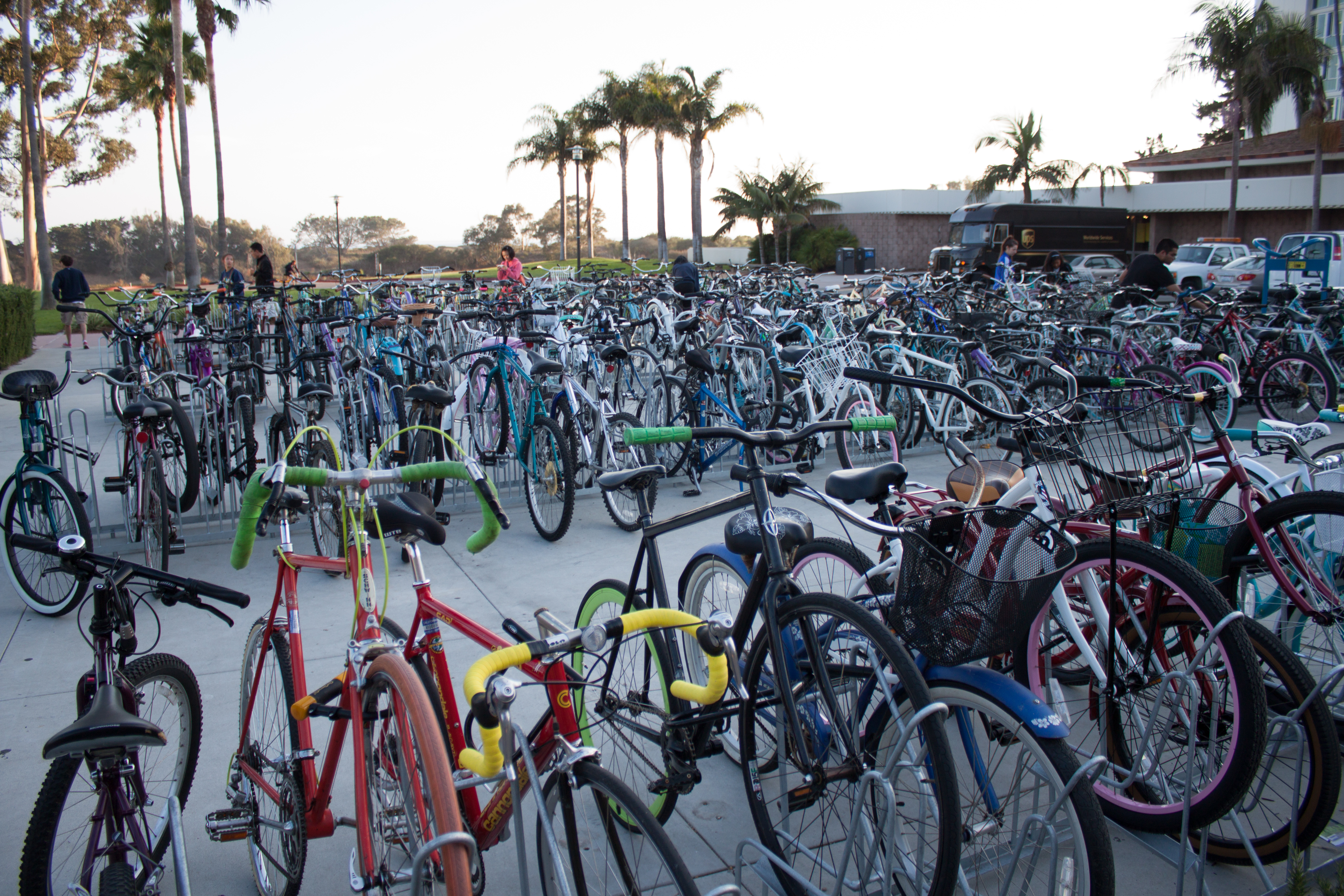 This is the first year that UCSB has been designated as a Platinum-level bike friendly university. Nexus file photo

The designation, which is valid for the next four years, recognizes UCSB’s efforts in creating an environment that fosters safe and accessible bike riding while encouraging students to switch to bicycles for transportation, according to the League of American Bicyclists.

This is the first year that UCSB has been designated as such, and it joins the other seven institutions — including UC Davis and UC Irvine  — that have been awarded the same designation of Platinum-level Bike Friendly Universities (BFUs). In 2011 and 2015, UCSB received the less prestigious Gold-level distinction, according to the League.

Amelia Neptune, a representative from the League of American Bicyclists, said in an email to the Nexus that there were “a few weaknesses” from UCSB’s 2015 application, which is why the university was not awarded a Platinum distinction before.

“[There was] the lack of bike share at the time (there was a program but it had five bikes total, as opposed to the 650-bike HOPR program that now exists) and the poor quality of many of the bike racks on campus, which have been upgraded or are still in the process of being upgraded and/or expanded,” Neptune said.

The significant changes made over the last few years, including the addition of new biking paths and bike parking spots, led to UCSB achieving the new award, Neptune said.

“A major factor in UCSB earning Platinum this year [is] the outcomes they were able to show: 43% of students who live off campus use a bike to commute to campus, which is huge compared to what most schools see,” Neptune said.

Many of the new improvements build upon the deep-rooted bike culture that has been present on campus for decades, she added.

“The presence of dedicated bike infrastructure, including 20,000 bike parking spots, 9 bike-only roundabouts, 3 bike-only underpasses, and the network of dedicated bike paths throughout the campus, [is] also a major factor [for the Platinum BFU designation].”

Jamey Wagner, manager of the Transportation Alternatives Program, said that UC Santa Barbara began to develop its bicycle system in the 1960s, stating that the campus has “continued bicycle infrastructure innovation for over 50 years” and that the A.S. Bike Shop has been in operation for over 45 years.

Wagner added that the HOPR Bike Share program, which launched at UCSB in 2018, has seen significant improvement since 2015, when UCSB was last assessed as a bike-friendly university.

The most recent data shows that, with the addition of hundreds of shareable bikes, the HOPR program now has 1000 semi-regular users, according to Wagner.

Additionally, in the last four years, the UCSB Sustainability Program has been partnering with the A.S. Bike Committee to provide bike safety training and bike-lot clearing.

“Student initiatives played the largest role [in achieving platinum status], this was aided by the diversity in spaces such as the Associated Students Bike Committee and the A.S. Bike Shop,” Wagner explained.

Neptune added that over the past year, the Sustainable Transportation Committee has been working on a master transportation plan for the campus, which includes improvements to bike infrastructure. This plan was included in UCSB’s application to become a bike-friendly university.

The new bike plan promises changes and improvements to infrastructure on campus and in I.V., Mo Lovegreen, director of sustainability on campus, said.

“We are still in the process of drafting this plan and it will take us the bulk of this academic year to complete it but the idea is that it would help AS BIKES identify areas that need improvement and provide a list of items that need to be addressed,” Lovegreen explained in an email.

Meanwhile, we are sadly close to leading the way in rapes.