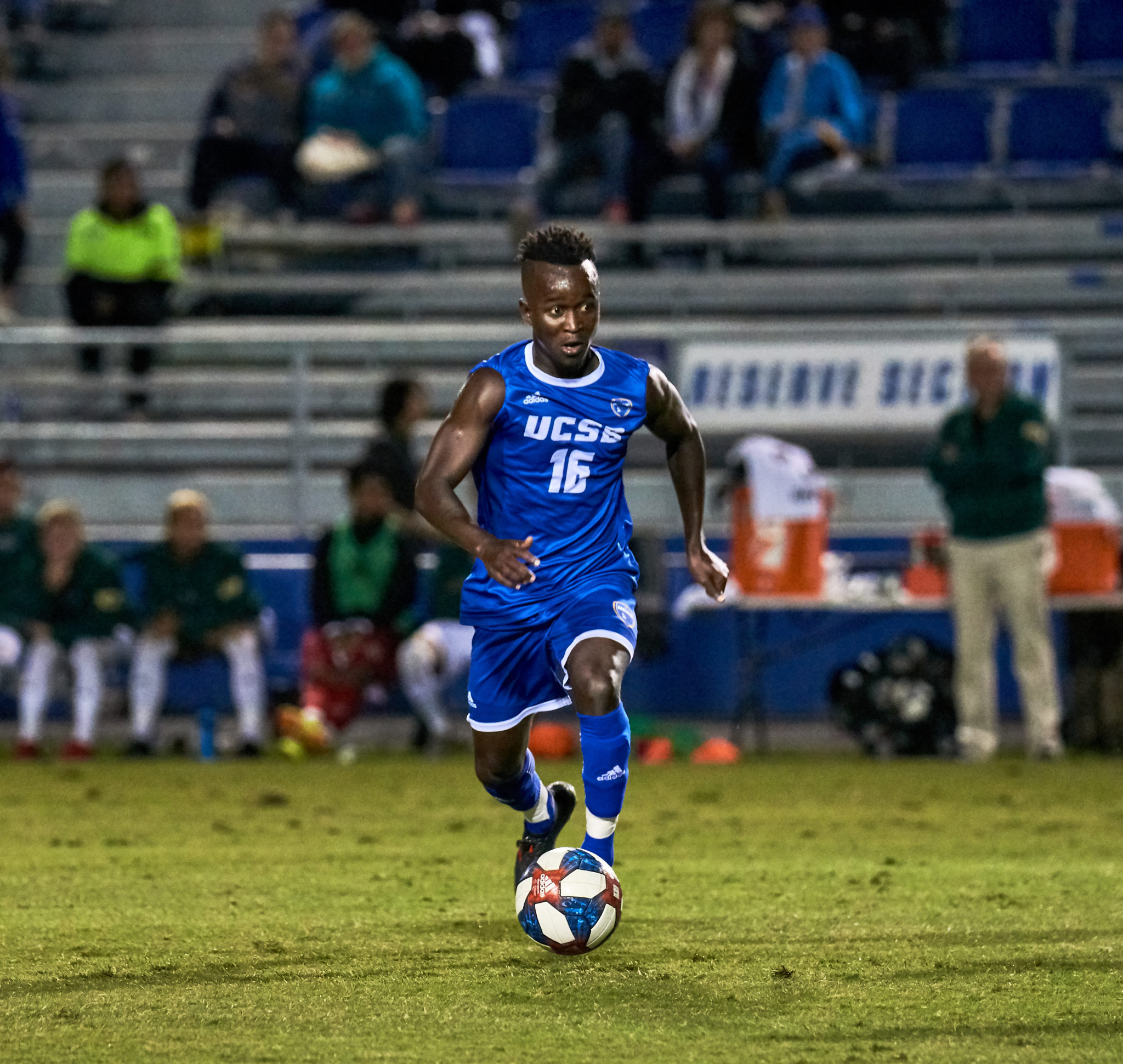 The No. 15 UCSB men’s soccer team advanced to the Big West Tournament Final with a 2-0 shutout of the CSUN Matadors. Forwards Will Baynham and Rodney Michael each scored a goal around halfway through the first period, and the Gauchos turned in another solid defensive performance, marking their third consecutive game without allowing a goal.

CSUN came into this matchup on the heels of a textbook up-and-down season, which included wins against Ohio State and No. 1 Washington and losses to Sac State and Cal Poly. The Matadors had tied the Gauchos the last time these two teams met, although a few key players were missing from UCSB due to injuries.

The Gauchos controlled the ball — and the game — from kickoff on Saturday night. The game plan for the home team was to play from the wings and try to send crosses into the box, something that Head Coach Tim Vom Steeg expanded on postgame.

“I thought that Irvine [who CSUN defeated 3-2 in the quarterfinals] really struggled with getting service and being dangerous in the box, so that was obviously a point of emphasis for us,” Vom Steeg explained. “Not only to win the ball, but to play in the wide areas… that led to the attacking players being able to get inside the box.”

UCSB executed this plan perfectly, and about halfway through the first half, a golden opportunity arose.

Matador defender Scott Williams slipped up around the 24th minute, and as he was lying on the ground, Gaucho forward Michael took the ball and sped past the CSUN backline, who were expecting a stoppage. He sent in a cross from the right wing to a streaking Baynham who tapped the ball into the back of the net for a 1-0 lead.

The scoring wouldn’t stop there, however, as five minutes later, senior defender Noah Billingsley took the ball up the left wing past the Matador defense. The Kiwi cut toward the box, and as the CSUN goalkeeper came out to meet him, he chipped the ball to Michael who was wide open in front of the goal, and Michael extended the lead to two.

The Gauchos would continue to press as the half wore on, yet couldn’t get a third goal to put the game out of reach.

The other side of the pitch remained locked down, however.

CSUN could only muster two shots in the period against the impenetrable UCSB backline, which for seemingly the first time all year included Billingsley, Faouzi Taieb and Hunter Ashworth all at the same time. International duty and injuries meant that the Gauchos had to continue to shuffle up the defense all season, but these three defensive stalwarts still haven’t given up a goal in the games since their return.

With their season on the line, the Matadors came out guns blazing to start off the second half. Two early shots by sophomore forward Wolfgang Prentice had the Gauchos on their toes early, yet goalkeeper Ben Roach never seemed to have a tough time stopping any shot that came his way.

UCSB weathered the CSUN push and settled into their possession-style of play as the second half wore on. Although they only had a couple prime goal-scoring opportunities after the two goals in the first period, this might have been one of the most impressive offensive performances for the team so far. The Gauchos managed to string together passes and hold onto the ball against a tough and desperate Matador team, and they ultimately finished the game with a 2-0 win.

Looking ahead, UCSB will face off against No. 23 UC Davis in the Big West Tournament Finals.

Vom Steeg pointed out postgame that the win against CSUN should ensure that the Gauchos reach the NCAA Tournament outright, but a win against the Aggies in the conference championship game could potentially give the team a bye week and the opportunity to host their first game at Harder Stadium in the national tourney.

Last time the Aggies and Gauchos met up, the result was a 1-1 tie, but UCSB was missing key players Michael and Thibault Candia. With these two offensive stars back in the line-up, the Gauchos will head north to try to turn the tables and win their first Big West Championship since 2010.