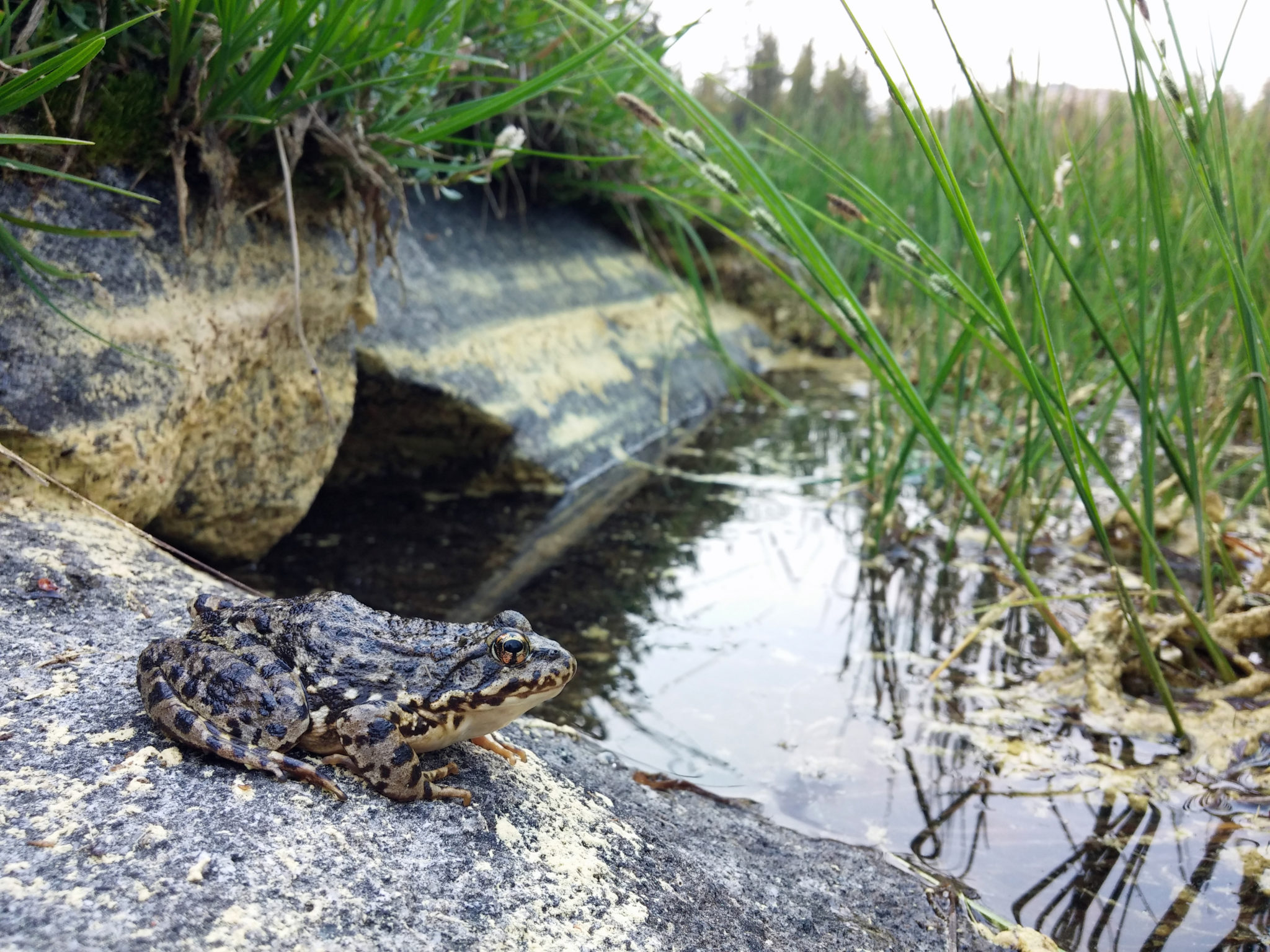 Severe population decline of the Sierra Nevada yellow-legged frog and other amphibian species worldwide has been associated with chytridiomycosis, spread by the fungus Batrachochytrium dendrobatidis, or Bd. / Courtesy of Thomas Smith

First identified in Australian frogs in the late ‘90s, this disease has since been detected on every continent besides Antarctica, spurred in part largely by human activities.

Roland Knapp, a research biologist at UC Santa Barbara’s Sierra Nevada Aquatic Research Laboratory (S.N.A.R.L.) and Cherie Briggs, a professor in UCSB’s Department of Ecology, Evolution and Marine Biology, have collaborated with other researchers from numerous institutions to better understand the genetic lineage of the fungus responsible — batrachochytrium dendrobatidis, or Bd — and trace its migration across the globe.

In a paper published in the Proceedings of the National Academy of Sciences, the team detailed their methods for genotyping Bd DNA samples from skin swabs, as well as their discovery of BdASIA3, a divergent lineage of the fungus.

The fungal infection, chytridiomycosis, parasitizes frogs by infecting skin cells, leading to hyperkeratosis, or a thickening of the skin, which compromises osmotic regulation and eventually leads to cardiac arrest.

“When it’s in there, it disrupts the function of the cell. In doing so, it keeps the cells from removing waste and bringing nutrients in, and furthermore, by disrupting this process, the electrolyte balance of the frog is disrupted,” Thomas Smith, a colleague and frequent collaborator with Knapp at S.N.A.R.L., said.

An obstacle to the genotyping of Bd has been the necessity to maintain pure cultures of the fungus. To circumvent this, the researchers collected skin swab samples and used a microfluidic PCR genotyping method, focusing in on almost 200 loci throughout the genome.

“There are different ways to sort of get the genes of the fungus off of the frog. Typically our group this year in the Sierra Nevada uses the skin swab. You just rub it on their belly and their legs and that gets the frog skin. Some of the frog skin gets on that giant Q-tip,” Smith said.

“The advantage to the skin swab method is that you can sample a lot of frogs very quickly. The greater range of sampling you have, the better you can represent all of the different possible variations in the genes relevant for the study,” he added.

In contrast, while pure cultures maintained in petri dishes allow for the creation of very high quality samples, they are more labor-intensive and require lab infrastructure which is not always feasible in a field setting. 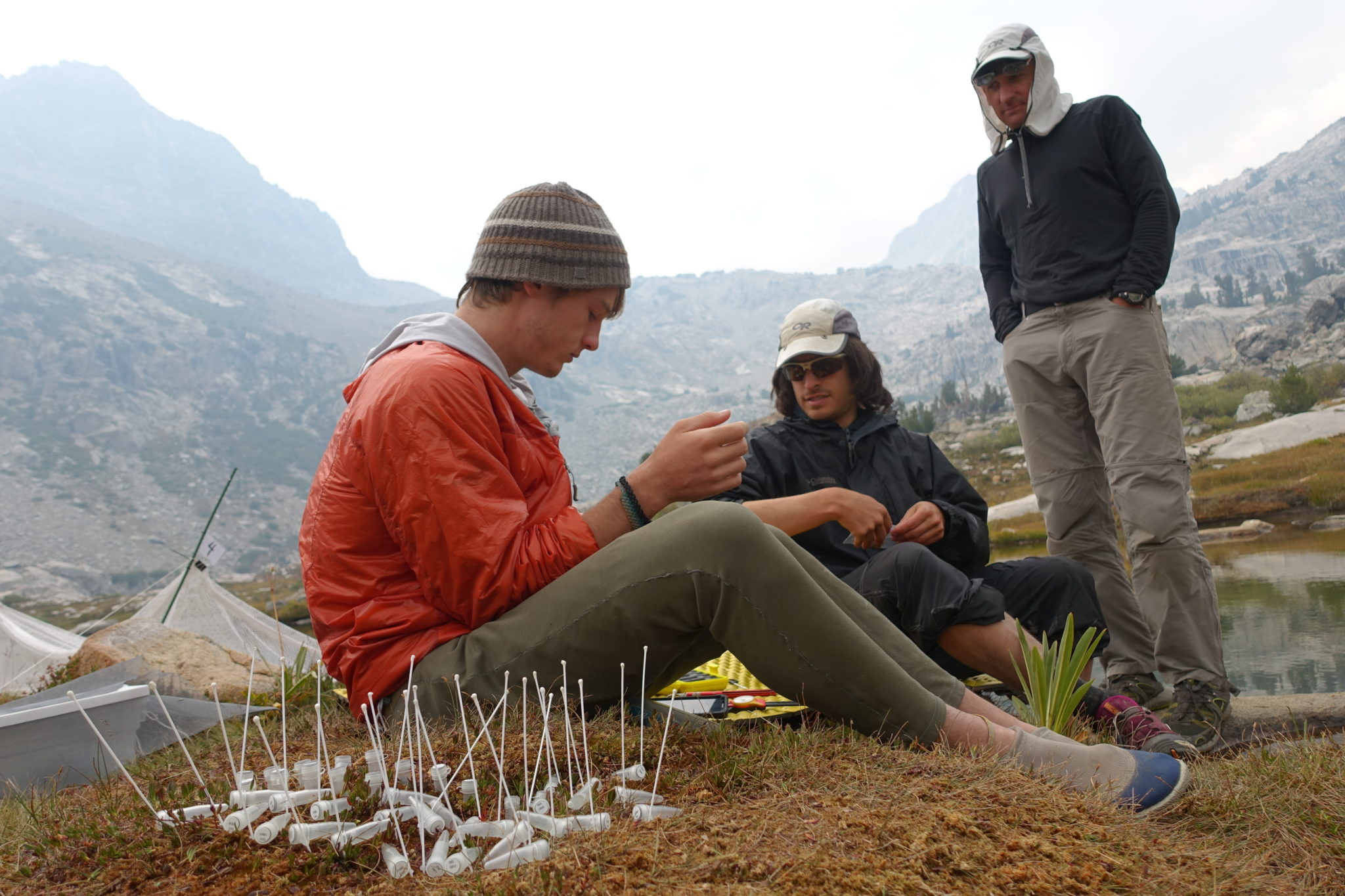 Bd poses an existential threat to hundreds of frog species, and it is widely distributed in habitats across the Americas. However, the virulence of Bd varies depending on lineage.

“This large cast of authors pooled all their DNA samples from Bd that they collected all over the world … A lot of these places are bases that Bd has caused major amphibian declines in some species, but not all. They were able to find different lineages of Bd and they found that these are local to different parts of the world and some of them overlap with each other,” Smith said.

Of particular note was the known GPL, or the Global Pandemic Lineage. The lineage exhibits very little genetic variation, meaning that it likely is a new lineage that hasn’t had the time to diversify during its global expansion.

“We study the Sierra Nevada frogs that live in the Sierra Nevada, so Yosemite, Sequoia and Kings Canyon. Those frogs are not doing well. They’re federally and state-listed as endangered and there are very few healthy populations left. All of those frogs are infected with this Global Pandemic Lineage,” Smith explained.

Previously undiscovered pockets of genetic diversity were found in Southeast Asia, widely distributed in the Philippines, Indonesia and parts of China. In the Philippines in particular, one sample had a unique genetic signature. It couldn’t be assigned to any of the known lineages of Bd and lacked the characteristics of a mixed infection or a hybrid.

The sample instead “appears to be distinct from currently named lineages and possibly represents another undescribed, early branching lineage,” according to the paper.

However, there is still much research to be done.

“There’s a huge knowledge gap, and this disease has such a big impact on amphibians around the world. It’s the largest disease-driven extinction in the history of biodiversity that we know about,” Smith said.

“Any amount of understanding we have of this disease is important for figuring out how to potentially approach management, stopping it in its tracks and restoring the amphibians that have been impacted by it.”