Ah, Daylight Savings Time. If you’re an international student — and not from a country like Paraguay or Chile — you’re probably wondering why on earth you got an extra hour of sleep last Sunday. I share your confusion and will present an unbiased, accurate description of what Daylight Savings Time is. 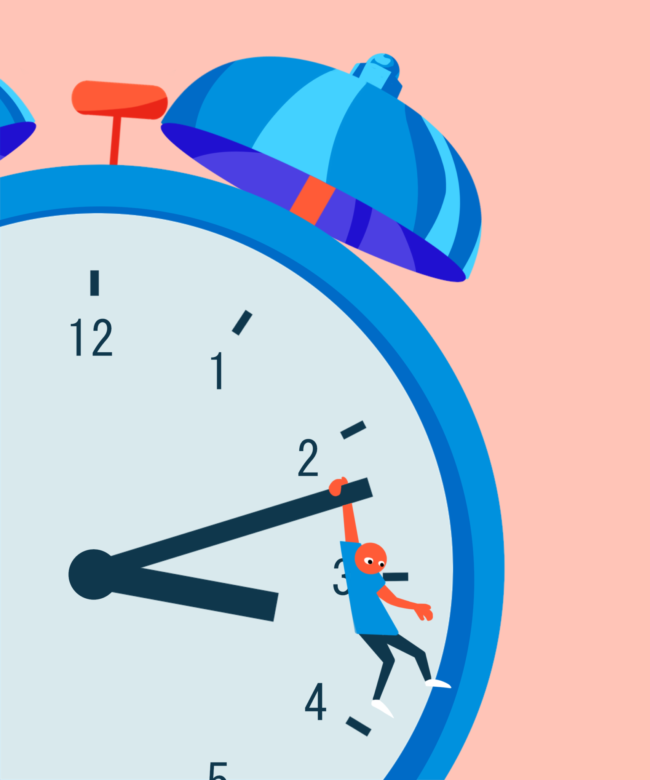 Daylight Savings Time (DST) is when you set your clock forward or backward, supposedly to better match the sun’s progress through the sky, but it usually ends up meaning you have to spend a good two hours rediscovering the art of changing the time display on your car.

See, most things are pretty intuitive in your car. You turn the key and the car turns on. You twist a knob and the headlights turn on. But if you’re stuck with some Model T vehicle like mine, changing the time on your radio is a full time job.

First you turn the three round buttons seven times clockwise then two times the other way, then firmly grasp the knob in the middle, jiggle it around until you’re afraid it’s broken and jam it back in; next, press the four square buttons repeatedly until your fingers are sore but not quite bruised; honk your horn to the rhythm of “La Cucaracha,” turn on your emergency blinkers; parallel park your car on a one way street — and the worst part is, when you’ve finally managed to change the time display on your damn radio, the anti-theft mechanism kicks in, resetting all your progress because back in the 1800s when they made your car, people used to steal radios.

At any rate, whether you moved the clock forward or backward, you waste so much time changing the time on your clocks, replacing batteries, trying to get the tiny asshole on the back of the clock back into the peg on the wall — that you end up losing the time you supposedly gained.

If, as I’ve just demonstrated, DST is such a pain in the butt, why do we use it at all? The answer, as usual, has to do with U.S. foreign affairs. DST was actually a wartime invention imposed on German citizens during World War I; it was supposed to make them fall asleep faster and save fuel so the Germans could send more planes to bomb innocent civilians. After the war, the U.S. decided that bombing people and having more fuel were conducive to the preservation of peace, so they adopted DST as well. This is confusing, not because bombing innocent people is bad, but because no one’s been able to prove in over 100 years that DST actually saves much energy. That’s understandable, considering how even when they got an extra hour of sunlight, many reasonable Americans — including myself — rightly decided their time was far better spent just staying in and watching Netflix anyways.

Unless you have the patience to actually fix your car, the initiative to go to sleep at a reasonable hour and the will power to go out and live like a human being, DST is a disaster.

If anything, the government could take half the money and time it takes to arbitrarily add or remove an hour from the day and spend it on solar panels, which — unlike DST — have the actual, functional capability to produce more energy.

Next comes the preposterous claim that DST “saves sunlight” or helps individuals “enjoy the outdoors”. First off, why on earth would I want to save daylight when I can just wake up tomorrow and get some more? Capitalism at its finest! Next off, why do some deluded individuals falsely assume that my ability to enjoy the outdoors is precluded by a lack of daylight hours? This is simply not true! It’s not so much that I don’t enjoy taking a walk on the beach or that I don’t have time to do so; the fact of the matter is that right now I have an urgent need to binge watch Game of Thrones.

And college students, let’s be real: What does the time the sun comes up have to do with when we get up? I think that has more to do with when our first morning class is. And we don’t really care whether or not the sun is up when we go to class; we’re too busy daydreaming about an English-to-English translator so we can finally understand what our Russian professor is saying in his thick accent. I think we’d rather have a lot of things, like a bike path through the arbor, than an extra hour of sunlight.

So for all of you who aren’t American or European or part of the few insignificant (haha) countries that still use DST, thank your lucky stars. Unless you have the patience to actually fix your car, the initiative to go to sleep at a reasonable hour and the will power to go out and live like a human being, DST is a disaster. We could grow up and be responsible adults or just gripe about Daylight Savings Time. I think the answer is clear.

Sam Suh calls for an immediate ban on Daylight Savings.

Sam Suh
Sam Suh is an opinion staff writer. When he's not asleep he's not in class.