The Daily Nexus
News
GSA Lounge Renovations to Include Egg Chairs, Access Card Reader
November 5, 2019 at 12:08 am by Manuel Carlos

A renovated Graduate Student Association Lounge — complete with new egg chairs, tinted windows for temperature control and an access card reader to grant students 24/7 access, among other new additions — will cost nearly $100,000 and will be completed by the end of fall quarter. 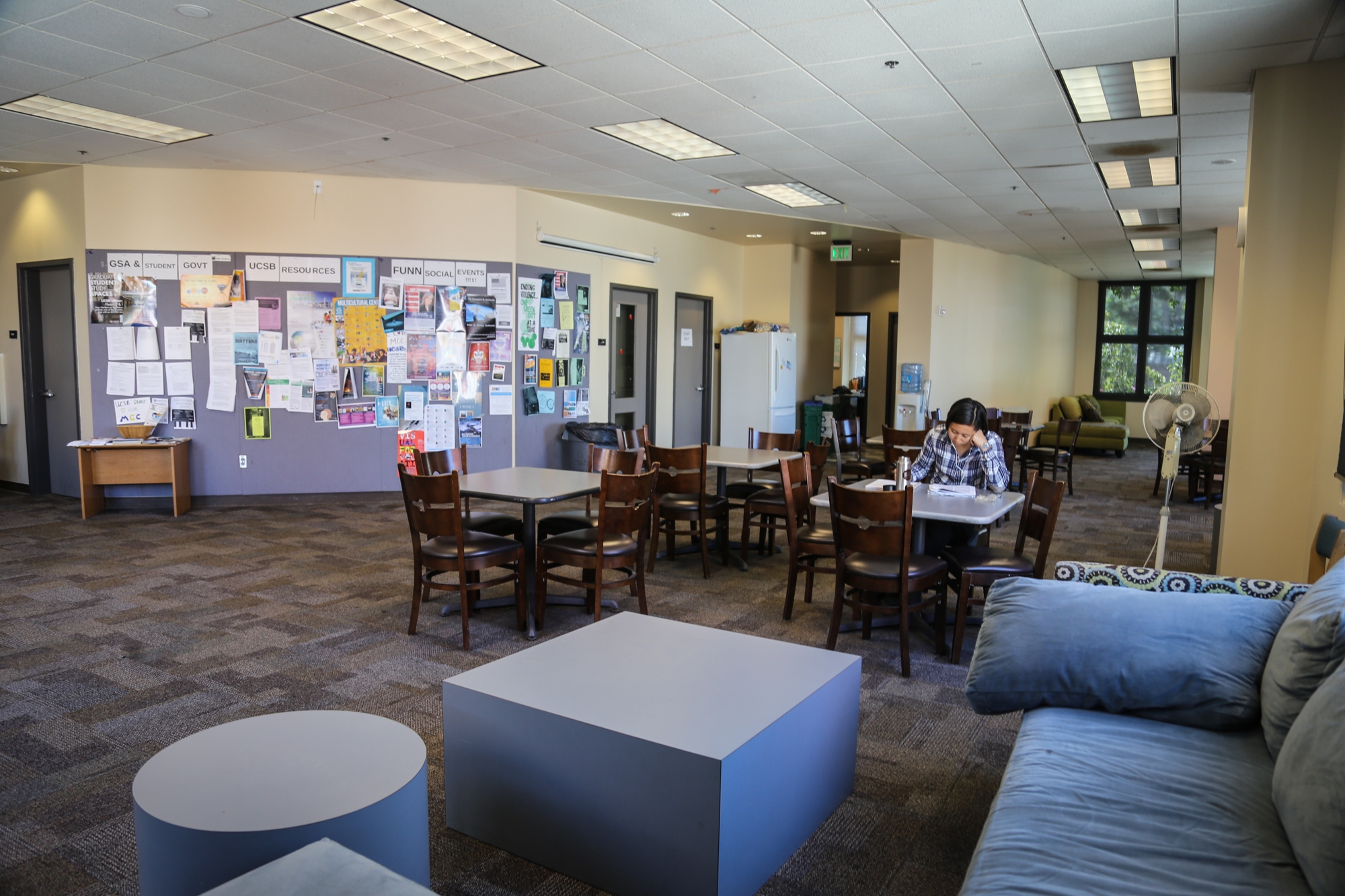 The lounge, pictured in 2016, hasn’t been updated in over 14 years, according to GSA President Cierra Raine Sorin. Jenny Luo / Daily Nexus

More than 3,000 graduate students attend UCSB, and besides the lounge, they only have access to three private study rooms in the library, according to Graduate Student Association (GSA) President Cierra Raine Sorin — a reason why she believes the renovations are necessary.

The GSA applied for funding from the Student Fee Advisory Committee, per the advice of former advisor Don Lubach, and received $98,000. The GSA also plans to use part of its own budget to finalize said renovations, with the total cost estimated to slightly exceed $100,000.

“Space really is a commodity on this campus,” Sorin said. “We were hoping… to reclaim [the lounge] publicly as ours, to demonstrate to the broader UCSB community that [it] is for grad students. We really don’t have anywhere else on campus.”

Among other renovations, the GSA intends to replace all the furniture in the lounge and patio, Sorin said, adding that accessibility for all students was considered, as the current furniture limits flexibility within the space. She said the intent with the new furniture is to make every student feel comfortable and welcome.

The GSA Lounge will be open 24/7, but students will need to check out a keycard from the GSA to open the locked door, according to Sorin.

The lounge will also be receiving four egg chairs — spherical chairs with an overhead visor — courtesy of UCSB Health and Wellness, which has a budget set aside for graduate students. The chairs will be placed into a new relaxation room, formerly an infrequently used conference room.

According to Sorin, the last renovations to the lounge were made prior to Lubach’s appointment as advisor — over 14 years ago.

“[The lounge is] a real hodgepodge, we couldn’t tell you where any of it came from,” Sorin said.

Renovations began in the middle of August and are planned to be completed by the end of fall quarter.

“We’re just excited to get it finished… really we just want grad students to feel like they have a place on campus where they are welcome constantly anytime, day or night, and that they can get support, even if that’s just kicking back on the couch,” Sorin said.

One thing I always wondered is why there was only 1 egg chair when I was there.