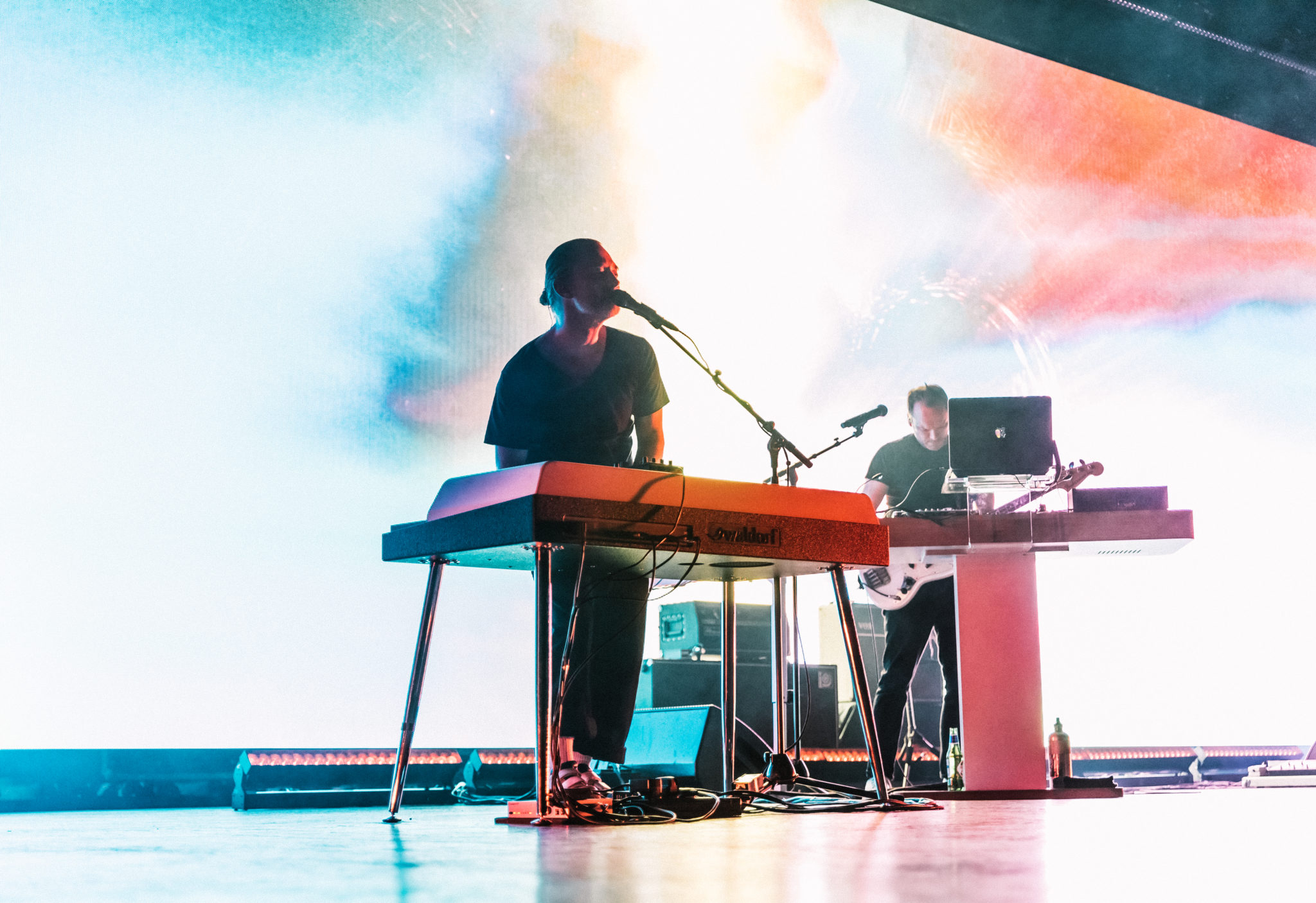 Thom Yorke, renowned for his role as the lead singer and songwriter for the critically acclaimed electronic rock group Radiohead, flooded the Santa Barbara Bowl last Friday with waves of glitchy synths and somber vocals. Accompanied by visual artist Tarik Barri and recording engineer Nigel Godrich, considered by many to be the unofficial “sixth member” of Radiohead, Yorke captivated the Santa Barbara community on his Tomorrow’s Modern Boxes tour.

Many are familiar with the detailed experimental edge of Yorke’s music; it’s a genre he has pioneered and popularized through records such as “Kid A” and “Amnesiac.” However, Yorke’s recent solo works have placed a large emphasis on the topic of sleep and dream states. Centered on this theme, he creates cerebral psychedelic soundscapes meant to mimic the various stages of sleep that the brain goes through. The open air was brimming with an  entrancing vibe of meditative electronic loops, backed by Yorke’s vibrant, yet haunting, mantras.

As if the performance wasn’t hypnotic enough, Barri mesmerized the crowd with dreamlike kaleidoscopic visuals throughout the performance, all of which were produced live onstage. The visuals gave off an ambiguous feeling of discomfort and euphoria, as if Yorke was taking us through the dips of a nightmare and the peaks of a daydream. 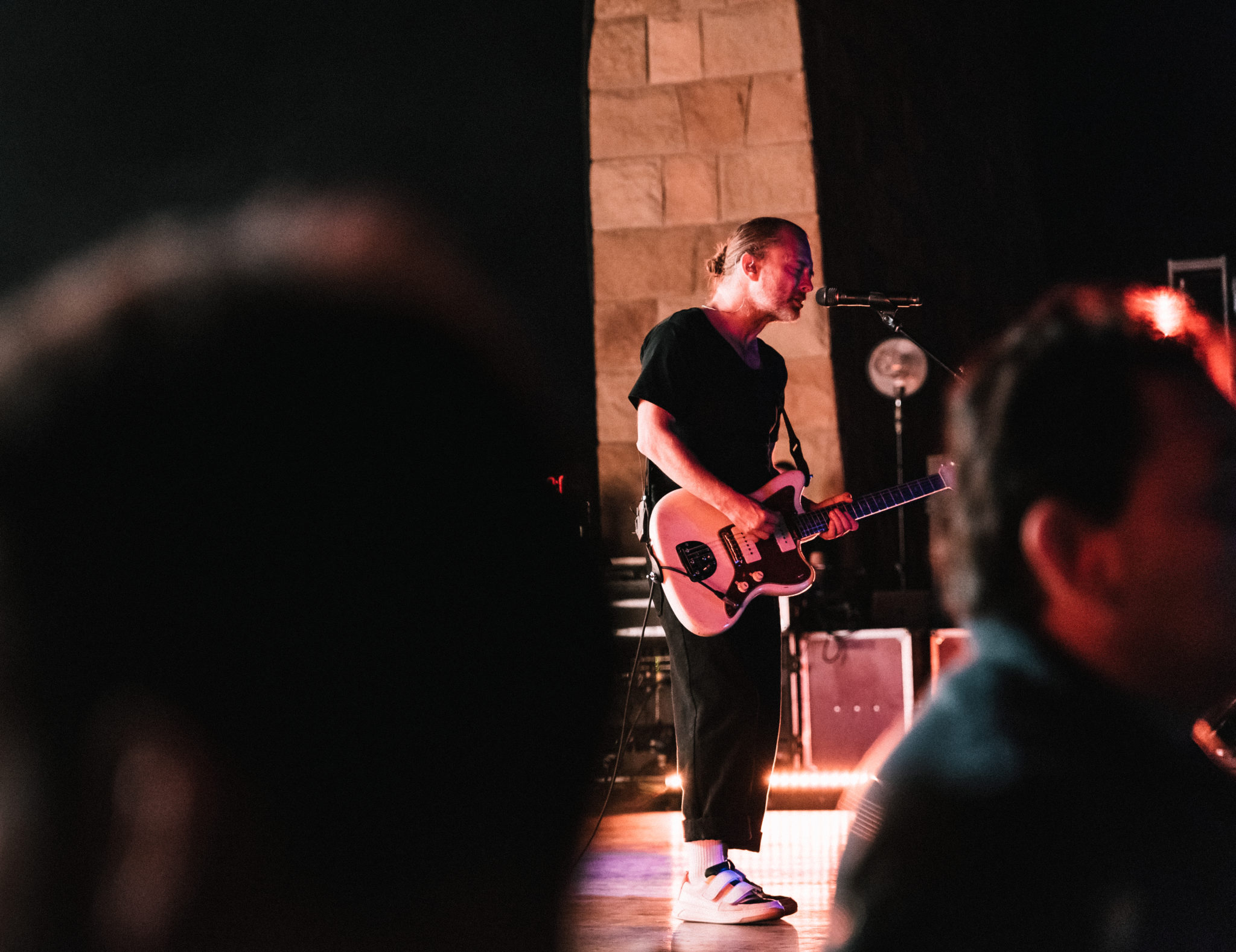 While apocalyptic eeriness is Yorke’s forte, he made sure to rile up the crowd with spacey house-like tracks from his solo album “Anima.” The erratic light show and visuals, paired with the clouds of smoke that poured into the crowd, made it feel as though we were in an underground nightclub at a time when electronica was just blooming.

After an enthralling performance, Yorke and his entourage exited the stage abruptly, leaving the concertgoers — as well as myself — bewitched yet unfulfilled. After a drawn-out harmony of pleas for an encore, Yorke and his crew returned twice to the stage to perform some more tracks for their beloved fans. Yorke then serenaded the audience with the heart-wrenching piano ballad “Like Spinning Plates” and humbly thanked his fans for attending.

On the surface, Yorke’s tracks may come off as repetitive or one-dimensional. However, his longtime followers know that this overwhelming ambiance is the sound that he tries to capture; it’s not something that one would listen to on a casual basis. For many, the sonically dystopian music that he writes is appreciated as an art form, comparable to the work of the seemingly simple yet eclectic painter Jackson Pollock. For others, Yorke’s music is just too weird.

Corrections: An earlier version of this article misnamed the title of the encore track. The name of the final song performed is “Like Spinning Plates.”

The setlist info is incorrect. He did 2 encores (no Suspiria material played) and ended with Like Spinning Plates, a cut from Amnesiac he brought out due to political timeliness.