The Daily Nexus
Volleyball
UCSB Women’s Volleyball Heads to Hawai’i For Pivotal Rematch
October 31, 2019 at 11:12 am by Nick DiPierro 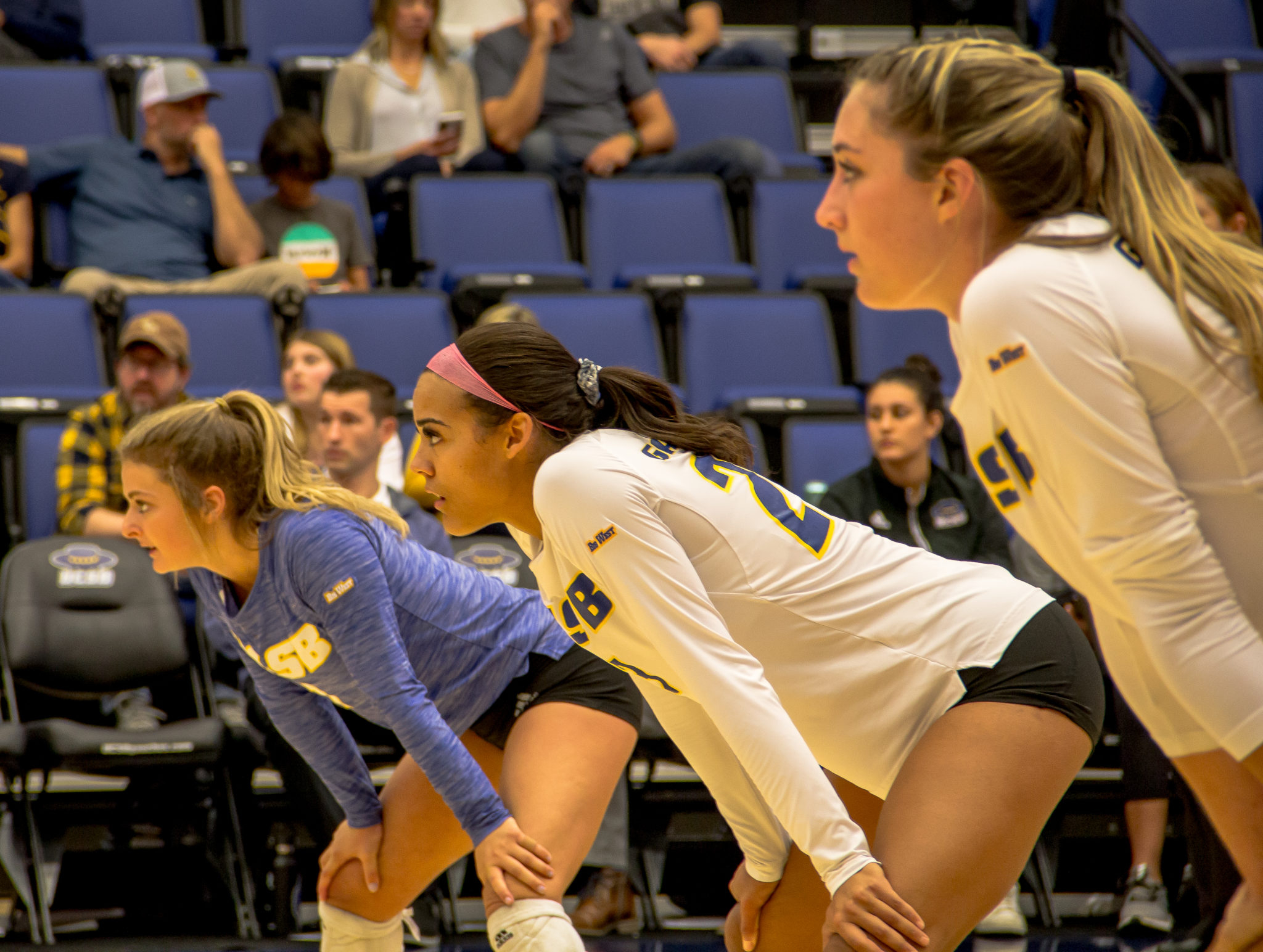 The Gauchos have officially taken a huge step forward, as this 19th win makes it the most in a season under Head Coach Nicole Lantagne Welch and the most since 2011.

The win was Welch’s 99th win since 2013, the start of her career with the Gauchos, and she’ll be looking to clinch number 100 this Friday at Hawai’i.

Lindsey Ruddins posted 21 kills to tie her season high while Olivia Lovenberg was just one dig away from a 23-assist double-double.

It was truly a hectic night with both teams trading ferocious runs until the very end.

The Gauchos were the more clinical and composed of the two though, ultimately capitalizing on The Beach’s mistakes. UCSB committed eight fewer errors than Long Beach State while also stealing points with 6 service aces.

The victory means UCSB has staved off Cal Poly, as both currently sit at 9-1 in the conference.

The Gauchos hold the head-to-head tiebreaker, and thus first place, but both programs are certainly anticipating their next and final meeting at the Mott Athletic Center on Nov. 9.

With just six games left to play and both Cal Poly and Hawai’i hot on their trail, UCSB is set to take on Hawai’i at the Stan Sheriff Center this Friday.

The Rainbow Wahine are third in the Big West but are just one game behind UCSB and Cal Poly while also holding the longest current win streak in the conference at five games.

Hawai’i are coming off back-to-back sweeps against both Cal State Fullerton and UC Irvine, meaning they have swept the season series against both of those programs every year since 2011.

The Rainbow Wahine ultimately rejoined the Big West in 2012 after having spent the previous 16 years in the Western Athletic Conference, where they won 71 team championships and more than 175 individual championships with a combined 14 men’s and women’s sports. There was a period, however, from 1984-1996 where the Big West housed all of UH’s women’s sports during its inauguration of women’s sports. It was in this conference that the women’s volleyball team would claim the 1987 national championship under legendary Head Coach (and former UCSB men’s volleyball player) Dave Shoji.

Shoji has since retired, as the Rainbow Wahine have set sail under the guidance of helmsman Robyn Ah Mow who is surely setting her sights on the promised land after back-to-back first-round exits in the NCAA tournament.

Currently, the Rainbow Wahine are led by outside hitter Hanna Hellvig who leads the team with 252 kills produced at a 3.04 per set clip, but UCSB’s top three killers have been more potent in comparison to their Hawai’i counterparts, save for Hawai’i’s fourth-highest scorer, Brooke Van Sickle, whose 126 kills surpasses Deni Wilson’s 114.

Hawai’i will be rolling out a lineup that features five players with triple-digit kills — one more than UCSB’s four.

So while Lindsey Ruddins leads the way with an astronomical 318 Hawai’i’s attacking depth is simply unmatched.

Ruddins is currently ranked 18th in the country with 4.54 kills per set while not a single member of the Rainbow Wahine is ranked in the top 50.

On the other hand, Hawai’i junior Skyler Williams and freshman Amber Igiede find themselves ranked 23rd and 43rd respectively in hitting percentage; the top 50 rounds itself out without a single Gaucho.

Hawai’i will be hoping that the home-court advantage will give them the edge this time after tenaciously invading the Thunderdome just two weeks ago. Welch’s squad, however, will be looking for revenge as their push for glory continues.

Hawai’i will host UCSB this Friday at the Stan Sheriff Center, when the match kicks off at 10 p.m. PST.