The Daily Nexus
Sports
No. 19 UCSB To Take On Rival Cal Poly in Final Regular Season Game
October 31, 2019 at 11:32 am by Richard Benites 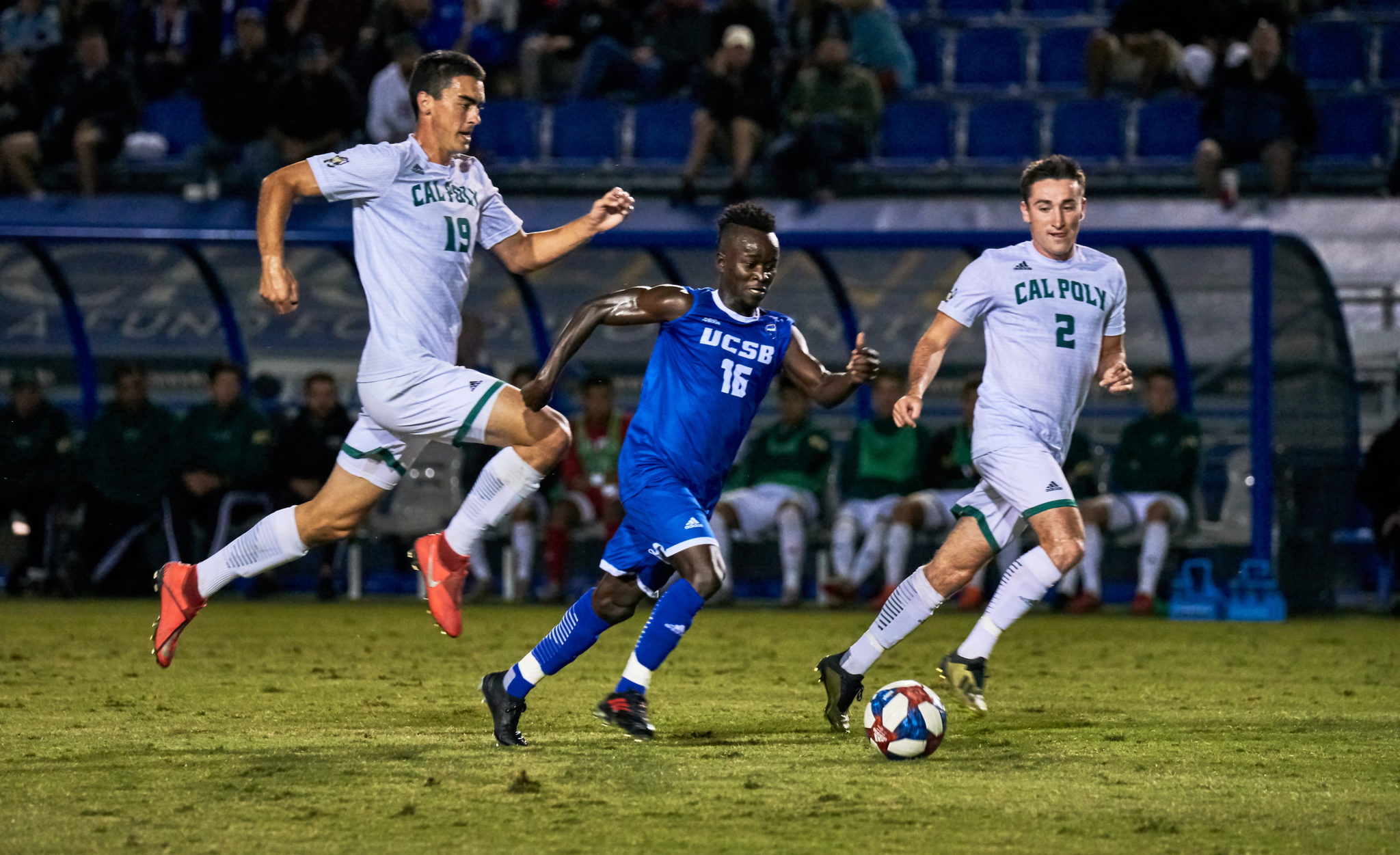 After a dominating 3-1 victory when UC Santa Barbara hosted Cal Poly earlier in the season, the Gauchos will now travel north for the second installment of the ever-enthralling Blue-Green rivalry. Plenty will be on the line and several storylines will come to fruition as the clash between UCSB and Cal Poly will mean much more than just bragging rights this time around.

With the regular season now winding down and the postseason only a week away, a quick refresher is in order with regard to the current state of UCSB’s men’s soccer campaign.

The Gauchos currently boast an overall record of 10-3-4 on the season, a win percentage of .706 and have still yet to drop a match on the road through seven away fixtures.

In addition, the team has only allowed a single loss in their past 14 outings. This spectacular run is a testament to the Gauchos’ presently outstanding form and is the reason why NCAA Men’s Soccer D1 rankings have them as a top-20 program in the nation, according to the latest United Soccer Coaches’ poll.

In terms of the league standings, the Gauchos occupy the third seed in the Big West with their conference record of 3-1-2. With 11 points on hand, UCSB only trails UC Irvine and UC Davis, who both have 13 points and share the standings’ top seed — with the latter currently holding the tiebreaker.

Considering that only a single game remains in conference play, the Big West’s seeding may still be shaken up following the final fixture. However, depending on the results of the Irvine and Davis games, the Gauchos still have a chance at landing that coveted first-place berth in the Big West. Still, UCSB must focus on giving it their all this Saturday because the fourth-place team can still overtake them with their nine points — and that fourth-place team is none other than Cal Poly.

On the season, Cal Poly currently stands at an overall record of 7-7-1, and for that they can thank their home record of 6-2. The Mustangs’ 3-3 conference record also means that they’re still in it and will be vying for a third-place finish in the Big West — that is unless the Gauchos have something to say about it.

Regardless of the outcome for either side, conference standing is a motivator but postseason glory is the ultimate goal since these playoff berths may make or break a team’s Big West aspirations.

As always, there’ll be no love lost between the Gauchos and the Mustangs. UCSB retains the historical advantage in this one, as the Blue leads in the all-time series with a record of 48-20-10 over the Green. The Gauchos also hold the immediate advantage, considering the aforementioned 3-1 home victory earlier in the season and the team’s current undefeated record on the road.

Ones to watch for the Gauchos include freshman midfielder Finn Ballard McBride and junior forward Rodney Michael.

Ballard McBride’s ability to produce, even when often playing the role of a super sub, makes his case for UCSB’s MVP for him. Leading his side in scoring for the season with 9 goals, all while adding a pair of assists to his name, Ballard McBride is in the midst of a remarkable rookie season and his knack for finding the back of the net will help him prolong his success.

Tied for team-leading in playmaking, Michael has assisted 6 goals this season whilst filling up the stat sheet with another 4 goals on his behalf.

As a ferocious dribbler, Michael’s intensity helps to bring his side to that next level with the amount of chances he creates.

He went out with an injury in the game against UC Irvine a couple weeks ago, but all signs point to him returning in the final game of the season.

We can expect brilliant link-up play from both Ballard McBride and Michael come Saturday, but the sky’s the limit concerning what these two can help achieve in the postseason.

As for Cal Poly, junior midfielder Emmanuel Perez brings the offense for the Mustangs. With 9 goals and 3 assists on the season, Perez is the clear-cut danger man and will surely be in UCSB’s thoughts once the game plan is enacted.

Fresh off a 2-0 road loss to Irvine, Cal Poly will want to bounce back at home and try to surpass their rivals in the Big West standings. Meanwhile, the Gauchos remain in the hunt for a first-place conference finish and will want to prove their ranking as No. 19.

Winning away games is essential to maintaining a solid RPI, the rating percentage index that is used to determine our position in the NCAA tournament, and locking down a victory in this matcup will go a long way in ensuring that UCSB hosts a first-round matchup at Harder Stadium.

All this and more will be in store for fans as this game is shaping up to be an exciting conclusion to the regular season — and yet another memorable edition to the Blue-Green rivalry.

UCSB travels to Cal Poly this Saturday, Nov. 2, as kickoff time is set for 5 p.m. sharp.