UC Santa Barbara’s Davidson Library has partnered with Waitz — a new app that monitors occupancy levels on library floors — in order to give students the ability to check how busy the library is throughout the day. 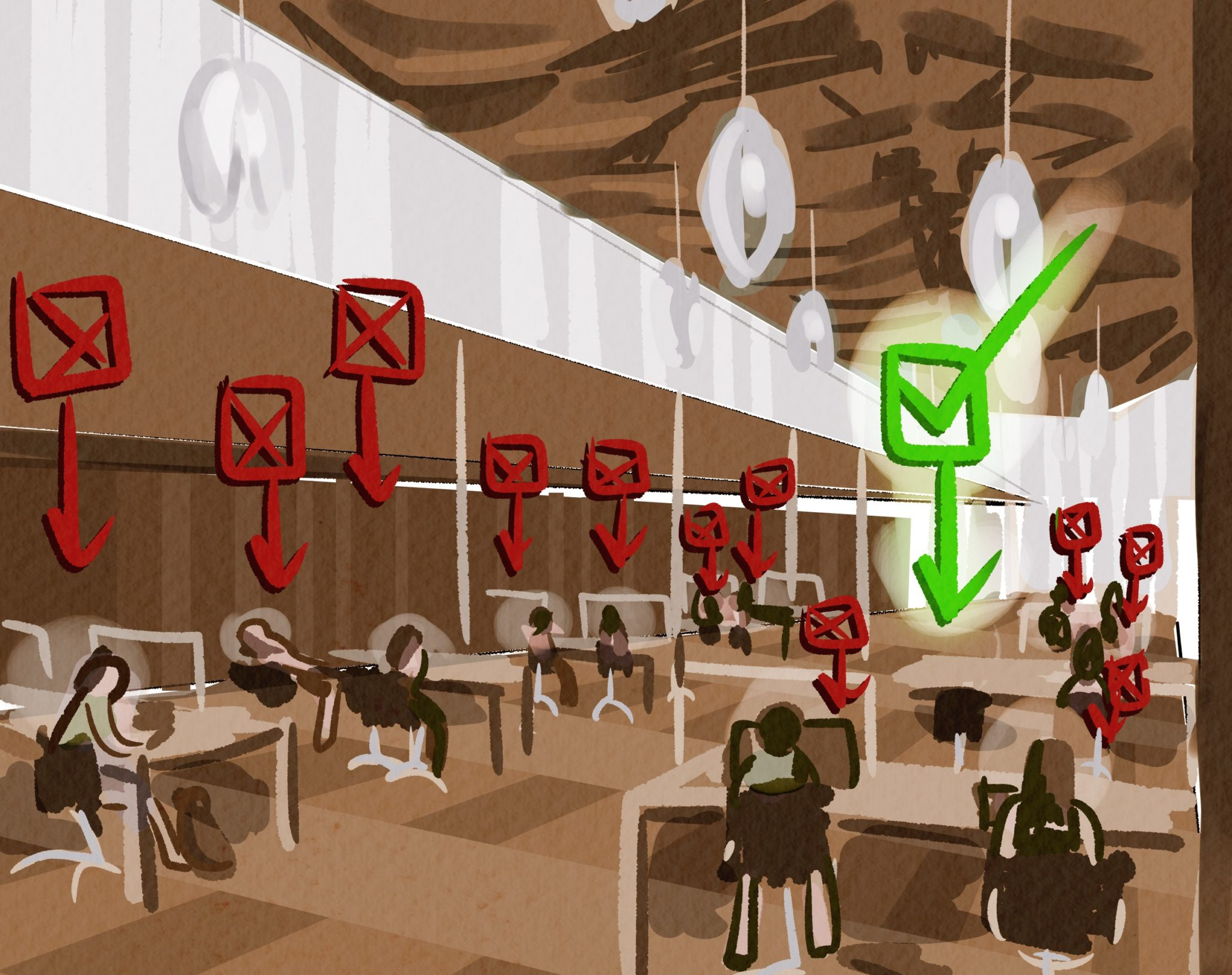 Using custom sensors, Waitz is able to monitor Bluetooth and Wi-Fi signals, which it converts into occupancy data. The app calculates the number of students active on each floor and is constantly updated, refreshed every 10 minutes. It is 90% accurate, according to the app’s website.

The Waitz app is currently only available for iOS download, but Android users can still access occupancy rates online through the library’s website. Librarians have promoted the app through their website, UCSB’s subreddit r/UCSantaBarbara and on special monitor screens that display the occupancy rates in the library.

Developer of Waitz and former UC San Diego alumni, Max Topolsky, first thought of creating an app that could monitor occupancy when he was a senior at UC San Diego. The app first launched at UCSD in August 2017, making UCSB the second UC to use Waitz’s services.

“We developed this when we were students at UC San Diego, and [at] UCSD we have a really big library and walking around when it was crowded was always a pain,” Topolosky said.

“So myself and two other people thought that … we can actually do something, so we started experimenting with some different technology and we found something that actually worked,” he added.

The library has been searching for products to help students with space occupancy and the library’s head of communications, Hanna Rael, shared that she has been approached several times by students “looking for some way to see online how busy the library is at any given time”; so, when she “received a direct email from Waitz,” she felt “super excited about it.”

The librarians are also using the data collected by Waitz to understand why certain floors are used more than others and to find ways to improve the use of floors are utilized at lower rates.

“We’ll be able to see historical data about space occupancy … [and] we can see if there’s parts of the library that over time seem underutilized and that might point to other issues that we could look into. Like maybe there’s not enough power in that area, maybe there’s not enough light or maybe the temperature control is not good in that area,” UCSB librarian Rebecca Metzger said.

The Waitz app is currently only used at the library, but plans are in place to expand to other locations around campus in the future, Metzger added.

“If students like it, we will probably be looking at ways to see if we can share the funding with other partners on campus who are interested in seeing it continue after the first year.”

INSTANT GRATIFICATION GONE BERSERK!! Who else agrees that tech is becoming more and more distracting? I’m not responsible with my tech and I won’t be any time soon.. :(