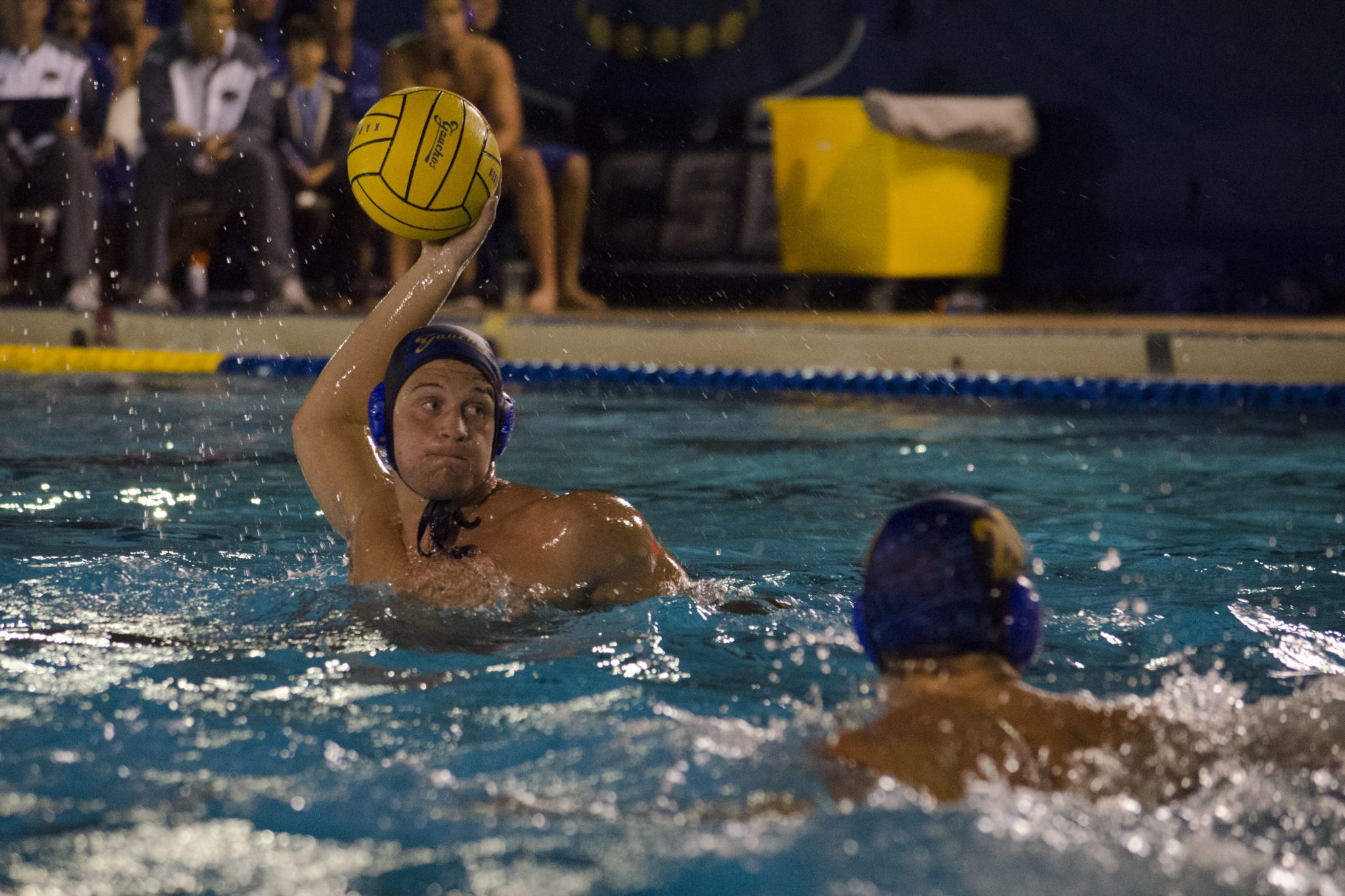 UCSB men’s water polo head coach Wolf Wigo wanted a defensive struggle in his team’s game against Pacific on Sunday. He got an offensive shootout instead.

Much to Wigo’s chagrin, the Gauchos and the Tigers traded goals from start to finish, with Pacific coming out on top with a final-minute goal to take a 17-16 victory.

The loss was UCSB’s fifth in a row and dropped the Gauchos to 15-5 on the season and 0-1 in Golden Coast Conference play.

Sunday’s game was the second matchup between UCSB and Pacific, who have both proven themselves to be dangerous attackers who thrive in shootouts. Wigo emphasized that danger to his team in the lead up to Sunday’s game, but to no avail.

“We didn’t want to be in a game like this,” Wigo said after the game. “This is a game [Pacific] wants to have. That’s how they play, it’s a run-and-gun, high-scoring style… we talked about how we wanted it to be an 8-7 or 7-6 game and that would be better for us.”

It was clear from the outset that Sunday’s score was going to be far higher than Wigo or the UCSB team desired. The Gauchos drew first blood with a first-minute goal by junior attacker Cole Brosnan assisted by senior attacker Jacob Halle, but the Tigers responded with three goals spread over the ensuing three minutes.

Pacific scored a total of five goals in the first quarter, and depended heavily on exclusions to do so. Senior attacker Engin Ege Colak set up two of those early goals by drawing exclusions, and senior utility Andrea De Nardi did the same a few minutes later, creating a power play that led to the Tigers’ fifth and final goal of the quarter.

While Ege Colak and De Nardi helped set up some of the goals, the Tigers relied on redshirt senior utility Luke Pavillard, senior attacker Luis Araya and freshman utility Jeremie Cote to do the lion’s share of the goal-scoring. Pavillard scored twice in the first quarter and led the team with six goals in the game, while Cote and Araya both scored once in the first and finished with four and three goals, respectively.

The Tigers forced the Gauchos out of their desired game plan early, but UCSB adapted with aplomb. The hosts went on the attack in the second quarter and poured in six goals, tying the game up at nine going into halftime.

“The offense was great,” Wigo said. “We did so many good things on offense.”

Sophomore attacker Sam Nangle led the charge with two goals in the second quarter, but he had plenty of help. Brosnan chipped in a goal of his own thanks in large part to some wizardry on the part of senior utility Ivan Gvozdanovic, who forced his way inside with a strong drive and then flicked a pass behind his head to a cutting Brosnan for the score.

Halle, junior defender Mason McQuet and sophomore attacker Tommy Hawkins all chipped in goals as well, making it hard for the Tiger defense to key in on any one area of the Gaucho attack.

Wigo switched goalkeepers for the second half, substituting sophomore Danny Roland for junior Tiago Bonchristiano, but the shootout continued largely unabated. Both teams posted five goals in the third quarter, although Pacific controlled much of the exchange and never trailed.

Neither team was able to grab the lead for the first few minutes of the fourth quarter, instead trading fouls and turnovers. Nangle notched his team-leading fourth goal of the game with 5:42 to go for UCSB’s first lead since the first quarter, but Araya tied it up again just over a minute later.

Another minute after that, Nangle drew an exclusion, setting the Gauchos up for a go-ahead goal. The Tigers put two of their remaining defenders in front of the goal, alongside sophomore goalkeeper Jon Barry, but Halle still managed to slot the ball through the tangle of arms for a 16-15 UCSB lead.

The Gauchos created another opportunity one minute later with a good drive down the middle on the attack, but an extra pass led to a turnover, which in turn led to a Cote goal with 1:40 left in the game.

“That was really the theme of the whole game,” Wigo said. “We had some amazing plays on offense and we just kept giving up goals every time we got back in the game or got the lead.”

Suddenly deadlocked again, the Gauchos had two opportunities to grab one final lead. An aggressive play by Barry created a Pacific steal, stifling the first chance, and redshirt sophomore attacker Leo Yuno’s attempt at a long-distance strike went wide with around 30 seconds to play.

That was enough time for Pacific to come down on the next possession and work the ball around to Araya, who rose up and netted a distance strike with just 12 seconds left. A Brosnan heave ended up in the arms of Barry, sealing the Tigers’ shootout win.

Nine different Gauchos scored on Sunday. Nangle led the attacking effort, but Brosnan, his sophomore driver brother Ryan Brosnan, Halle and Gvozdanovic all tallied two goals of their own. Gvozdanovic added two steals and two assists as well, making for a well-rounded performance.