The Daily Nexus
Virtual Reality
A Social Media Awakening
October 22, 2019 at 8:00 am by Grace Wiley 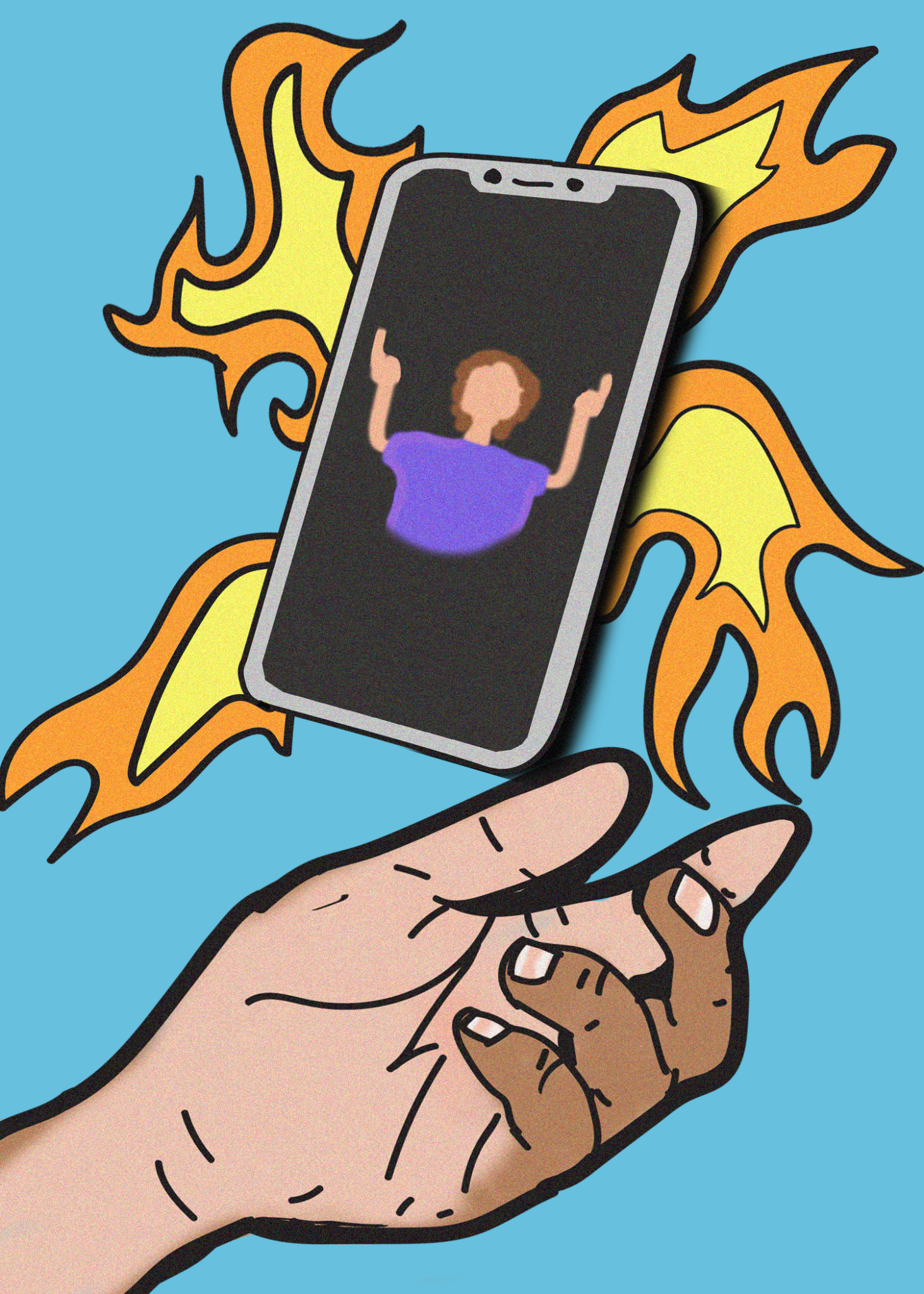 I have never been someone who gets crazy insecure from looking at other people’s social media profiles. Sure, I wish I could travel the world like those influencers, or get paid for selling “miracle” tea, but I’ve always been pretty good about taking things with a grain of salt. However, coming into my second year at UCSB, I began seeing all these people doing so many cool things on social media, and it made me question if I was missing out. All the sorority girls looked so happy together with all their 400 friends! All the Adventure Program kids seemed so freakin’ peaceful and content with their outdoorsy lives. All the people who like playing die and chilling with their homies seemed fulfilled, like they couldn’t ask for anything more. Seeing all these people on social media who seemed so adult, I questioned if I should be doing more to get on that level of happiness.

With school starting, I pushed myself to get involved in more things in order to find more places that made me feel comfortable, fulfilled and just genuinely happy like the people I follow seemed to be. I joined a sorority, started surfing with Excursion Club and felt that amazing freedom that comes with living in Isla Vista in a house with all new people.

Over the next week, I met a bunch of new people in these activities, through my new housemates and in classes. Many of these people looked like those I had seen on social media. Talking to them, though, I learned how much of a struggle it was to find friends. How difficult it was to branch out. How overwhelming school was, and how homesick they were. How lonely, stressed and worn out they felt. These people that had seemed so satisfied with their lives on their social media suddenly seemed … normal.

Now, let me get something straight. Everyone has their problems and of course social media cannot hide the fact that we are young adults in college. But social media does have the ability to hide all of the daily insecurities and worries that all people experience. When scrolling through Instagram or Snapchat stories, sometimes we forget that no one constantly feels secure in who they are. Everyone has bad days. Everyone feels lonely and sad sometimes. Everyone gets stressed at some point, whether about school, friends or life. Everyone wants to fit in and feel included.

Growing up is about figuring out what you want from yourself and your life. Living in a one-mile radius with thousands of other people who are looking for the same thing as we are only exacerbates the idea of fitting in on social media. We want to know that we are making the most out of our experience. We want to feel loved, included and to not feel like we are missing out as we see those around us doing so many amazing things. However, we have to realize that everyone has the same insecurities as we do, and that it is human nature to feel this way. That girl who goes on vacations constantly is not all sunshine and rainbows on the inside 24/7. That guy who seems to just have so many damn friends faces the same times of loneliness many of us feel sometimes. Those people who seem so put together are close to falling apart at the seams, just like us. The important thing to understand is that social media never shows these things because who likes to expose their insecurities that they too try to forget about?

So, let’s stop scrolling and scrolling when we are bored. Let’s work to limit our time that we spend looking at thousands of people on social media. Let’s catch ourselves when we begin to notice that we are comparing ourselves to incomplete identities. Behind the scenes of those photos lie a list of insecurities and problems that would never be seen on Instagram. I have friends who seemed to be having the time of their lives, but ultimately have transferred schools, started therapy or are just as stressed as the rest of us. You probably know people too! So, it’s time we stop comparing ourselves to these partial images we constantly subject ourselves to, and realize that happiness simply does not look the same for everyone.

Grace Wiley is a second-year Isla Vistan who may or may not be scrolling through social media right now.

Grace Wiley
Grace Wiley is a Global Studies and Spanish double major who is incredibly excited to be writing for the Opinion section of the Daily Nexus!