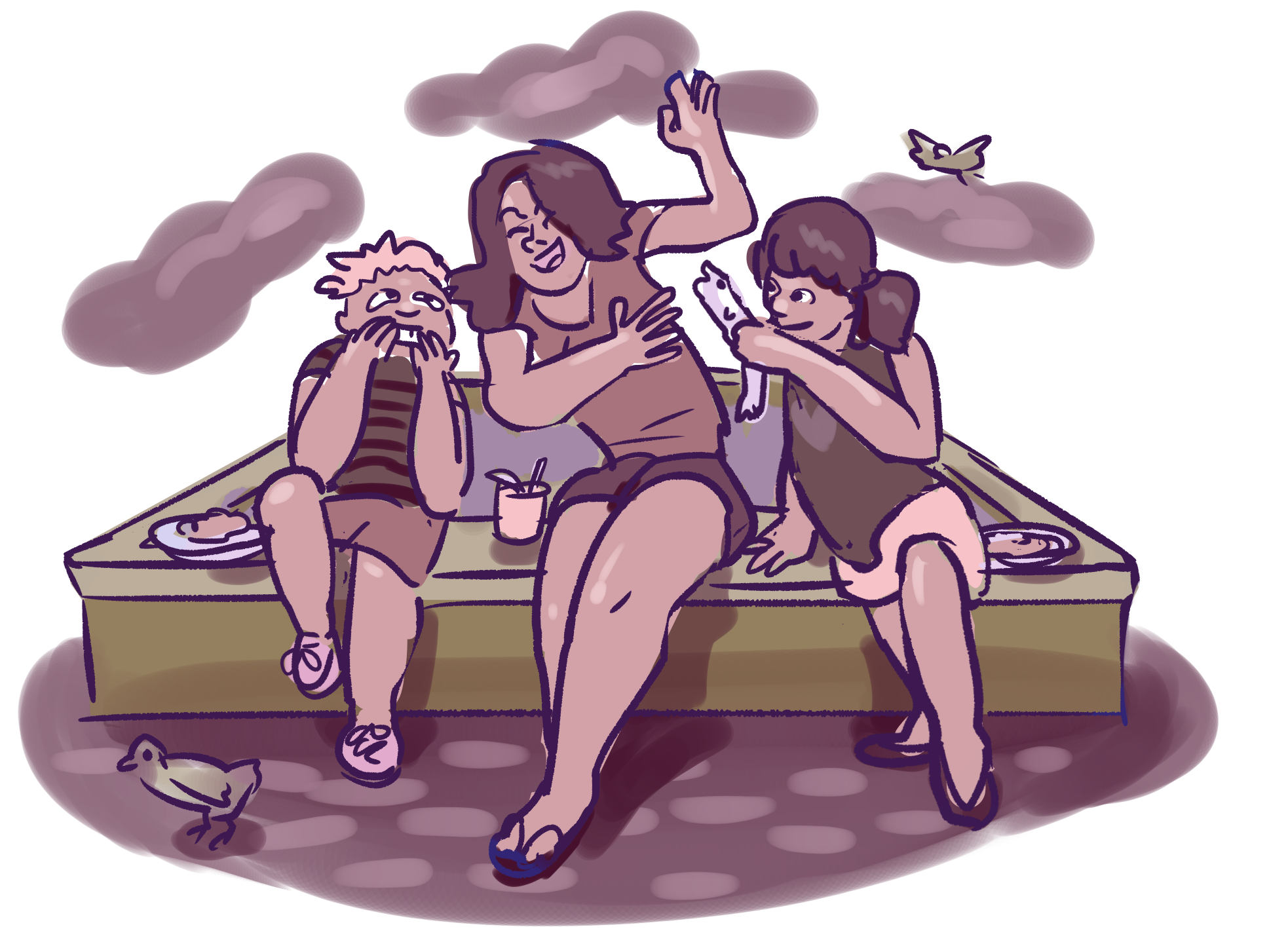 I stepped off the plane and my lungs filled with familiarity. I was in a home I’d only dreamed of, but it was a dream so often-recurring I could have sworn I’d been there before. I could finally breathe the island air of São Miguel, Portugal.

My father was born in a village in São Miguel, and although he left when he was only five, much of his family still lives there today. Despite feeling immediately connected with this new world I’d just stepped into, I couldn’t help but feel out of place as I walked through the small airport and made my way to my cousins’ house where I would be staying.

As I struggled to understand my family and my surroundings, I began to realize I might not know Portugal as well as I thought. It’s an odd feeling, having such a connection to a place you’ve never been to. But despite never truly feeling like I knew this part of my identity, I always held it close. And now everything was foreign, yet so familiar. From the black and white bricks painting the streets like murals to the red-roofed homes scattered across mountains, I knew none of it, yet still felt some personal claim to the beauty. The earthy richness of the fava bean or the spicy tang of bacalhau — these flavors were mine yet I was a stranger. I desperately wanted to be a part of this country, but it felt like reaching for something I knew I’d never find.

I began getting to know members of my extended family, some I’d met when I was young, and some I’d never met at all. I quickly discovered how difficult it was for me to communicate and get to know them, because of one crucial difference: language. While some of my cousins spoke fluent English, most of them spoke little to none. I realized I had less than a month to soak up everything I could about my family and this island, so we were going to have to find other ways to communicate —and fast.

Then I learned how to say “fucker.”

One day, after spending most of it sitting awkwardly in the back seat, listening to my cousins speak while one of them intermittently provided me with translations, we found ourselves at a music festival, and that is where I learned my first curse word in Portuguese: “tu és uma caralha,” (which loosely translates to “you are a fucker”). Suddenly I was calling everyone a fucker; that trash can? A fucker. My cousin? A fucker. The stage? The tents? All fuckers. All of them. And just like that, the floodgates of communication were open. It might sound silly, and probably juvenile, but something about learning that phrase broke the ice; suddenly I could make my cousins laugh. We could have fun together. We could be honest and authentic and find ways to know each other beyond making menial small talk, because small talk was hardly even possible. I gained confidence to learn more words and phrases, but more importantly, I realized that a language barrier didn’t have to be the end-all be-all of getting to know my family or my country.

Rather than stifling myself, finding new ways of communicating became fun. In addition to shouting obscenities, one such way was through music. I taught some of my younger cousins to play the ukulele. You don’t need words to show someone where to place their fingers to make a G chord. We played songs both new and familiar to each of us, sometimes singing, sometimes humming. I also got to know my family through food. Together we explored flavors both new and familiar to me. I tried biffana from a food truck, and sangria from a waterfront restaurant. We played in the ocean and got pastries at midnight. We laughed and braided hair and bonded over Ariana Grande.

When I first got to the island, I immediately regretted skipping out on my Duolingo lessons. I thought that without a common language, we’d never find common ground. Looking back on my time in Portugal, I’m so grateful that I found a means to connect to my family that went beyond words. There is always a way to know someone, because so many things are universal, like food, music or the senseless joy of calling your cousin a fucker.

Anabel Costa wants to encourage her fellow monolingual Gauchos to seek out other forms of communication in the face of a language barrier.