“I have been waiting for somebody to knock on my door for 25 years.”

It was not the response Megan Twohey had expected, not after tracking down the woman to her literal doorstep and not after Harvey Weinstein had sexually assaulted her more than two decades before, in 1990. But that was the response she got, and it was a response indicative of the sentiments shared by many other women then and now — that of forced silence, that of frustration and that of hope. 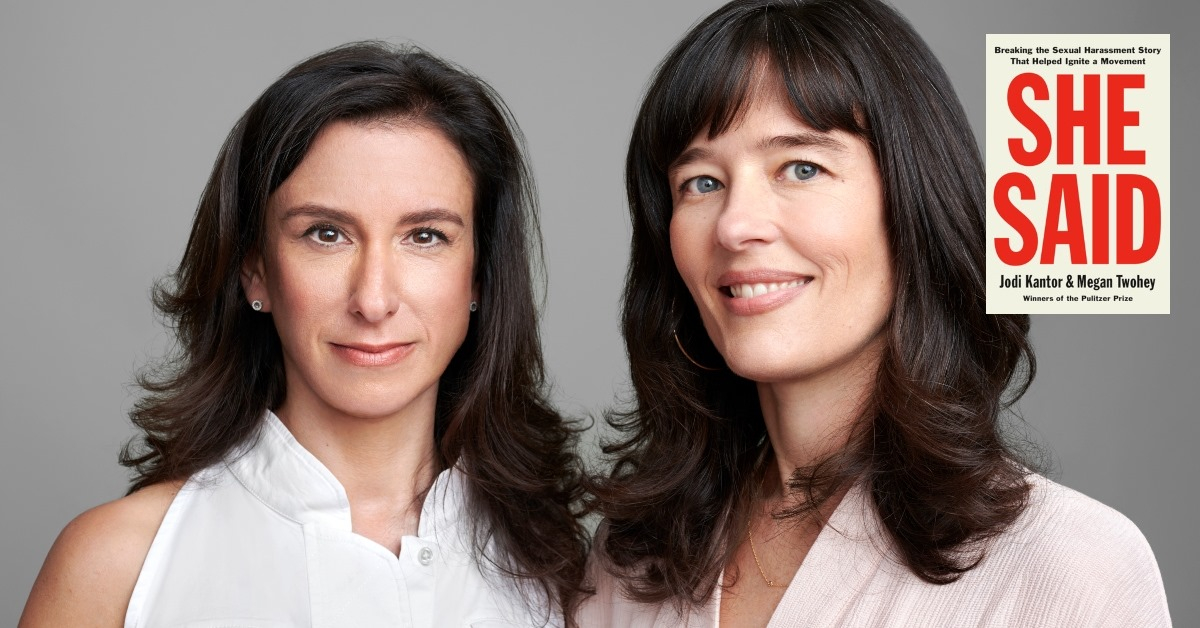 On Saturday, New York Times reporters Twohey and Jodi Kantor spoke to a packed Campbell Hall, breaking down, from its conception to its publication, their 2017 exposé of Weinstein’s decades of sexual misconduct, a catalyst for the #MeToo movement. During the talk, the pair discussed the legacy of the movement and what has changed after two years.

The two began by talking about their daughters. “When our investigation began, my daughter weighed 12 pounds” and “had never eaten a plate of solid food,” Twohey said. Kantor’s youngest daughter “liked grabbing phones so much that by the end of the summer, she had accidentally managed to FaceTime Ashley Judd.”

A good laugh from the audience later, Kantor then posed the question: “So when these girls are much older, what are we going to tell them about Harvey Weinstein?”

Weinstein was not the first to be accused of sexual misconduct. In particular, Kantor noted, the New York Times had published an article in April 2017 revealing how then-television host Bill O’Reilly paid out millions of dollars to women with numerous claims against him.

“With that in mind, the editors gathered a bunch of reporters — including me — and asked what now seems like a quaint question: ‘Are there other powerful men who have covered up inappropriate treatment of women?’”

Following a trail of whispers, Kantor explained that she eventually managed to hold off-the-record conversations with Rose McGowan, Gwyneth Paltrow and Ashley Judd, all of who “separately told me very harrowing stories about Harvey Weinstein and hotel rooms.” But for the most part, people were generally reluctant to share their experiences.

The pair knew they needed to take a different approach than getting people on the record in order to implicate Weinstein. It was difficult enough to convince people to talk officially in the first place, but Kantor explained that they also needed concrete evidence in the form of settlements, human resource records and the testimonies of ex-Weinstein employees to avoid a “‘he said, she said’ kind of story.”

The two dug around and Twohey finally found the people who had been waiting 25 years for her.

In their cases, Kantor and Twohey could not print what they learned, but that’s not to say they didn’t learn anything. The first woman was legally prohibited from saying anything; the second woman’s husband denied any possibility of sexual assault due to a genuine lack of knowledge of what had happened to his wife.

The two said that by now, they had learned about the extreme restrictiveness of secret settlements. No matter how willing the victim is to speak, their silence was mandated by agreements signed years ago.

One call Twohey and Kantor made was to Irwin Reiter, Weinstein’s “gruff, loyal” accountant of 30 years. They did not expect him to help, but he ended up becoming a pivotal figure in the investigation, having become disillusioned with his boss after Weinstein’s obsession with sex became increasingly alarming. Reiter began sneaking Kantor details associated with Weinstein for the team to check out.

One night in September 2017, Reiter gave Kantor a memo to copy by employee Lauren O’Connor, who wrote statements along the lines of, “At this company, the balance of power is Harvey Weinstein: 10, me: 0.” The accusations in the memo, which described Weinstein’s acts in around 2014 and 2015, helped the investigation take on a new urgency.

Of course, there were those seeking to undermine Twohey and Kantor’s progress.

According to Twohey, prominent attorney David Boies worked with Weinstein to silence his victims and, now, the New York Times piece by way of a $300,000-contract to former Israeli intelligence officials from private intelligence company Black Cube. Their objective was to “target” the sources and journalists behind the story and stop it from ever going to print. As Twohey put it, “It was basically a ‘hit’ on our project.”

In the final 48 hours before Kantor and Twoheypublished the story, the two presented Weinstein their findings and gave him a chance to tell his side of the story. As publication neared, Weinstein took on a more direct, confrontational role. Flanked by a small cadre of prominent attorneys and prosecutors, Twohey said he “barged” into the Times’ office with folders of photos showing women, some of them involved in allegations against him, smiling and acting happy next to him, along with information that was meant to discredit and embarrass them.

“They were threatening lawsuits against us. They were basically bullying us and trying to attack us as individuals.”

In spite of all of the work and risk put into the story, Kantor and Twohey still had doubts about whether anyone would care when the story was published. To the audience in Campbell Hall, Kantor asked, “Who here had never heard of Harvey Weinstein before this story?” Surveying the hands, she concluded, “A substantial number of people.”

They were additionally concerned that not enough people would go on the record. Laura Madden, the only person who had agreed by that point to do so, nearly changed her mind.

Twohey and Kantor learned their fears were unjustified, however, when Madden sent the pair a note that read, “I realize that time is short. I want my daughters to grow up in a different world. I am happy to go on the record.”

Ashley Judd, meanwhile, came forward at the last minute as well, stating that “women have been talking about Harvey Weinstein for a long time privately, and it’s past time to start having the conversation publically.”

Then the article was published.

“And … and there was!” Twohey responded with amusement along with the audience. “But not the kind he was predicting.”

Largely inspired by the revelations brought forward in the article, the #MeToo hashtag began trending on social media, used by both celebrity and non-famous individuals to share their own stories of sexual harassment and assault. But, two years later, what’s next?

According to Kantor, there is a “mounting sense of unfairness about the issue on both sides”: Supporters and victims believe society hasn’t gone far enough in addressing sexism and power, and detractors, especially those accused of wrongdoing, believe society has gone too far without a “clear and sound process in place for evaluating these kinds of complaints.”

Citing increasing divisions within the movement, Twohey asks people to consider and reconsider the weight of sexual misconduct allegations, the vetting process and the extent to which those accused should be held accountable.

Kantor ends with her own questions on the legacy of #MeToo. Will her kids still see sexual harassment and assault as everyday occurrences? “Or, will we be able to say, ‘I was there when things changed?’”

“We don’t have all the answers to these questions,” Twohey contends; a journalist’s goal, she said, is to get the full story and have the reader draw their own conclusions.

But one thing Kantor wants to make clear is this: “You can’t solve a problem you can’t see.”