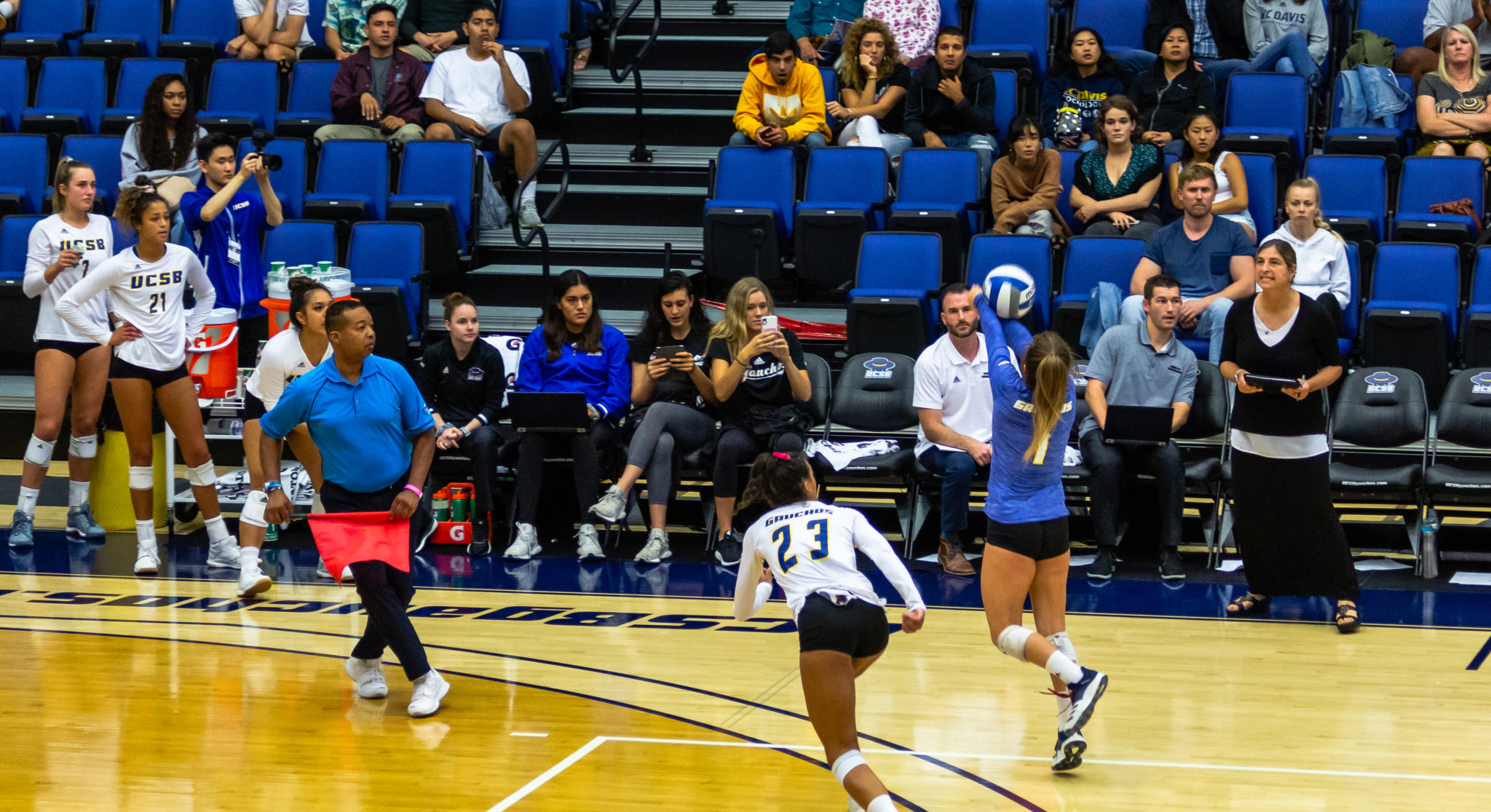 The infamous Blue-Green rivalry will kickoff at the Thunderdome this Saturday at 7 p.m. where the UCSB women’s volleyball team will play host to the Mustangs in their first meeting of the year.

The Gauchos’ 13-game win streak came to an end last Saturday at the hands of perennial powerhouse Hawai’i and they will be looking to get back on track against their fiercest rivals.

The Mustangs dominated the rivalry last year, sweeping both matches. Despite two valiant efforts from the Gauchos, they simply lacked the composure and discipline needed for matches like this.

UCSB committed 41 errors in those two games, over double that of Cal Poly’s 17.

The Gauchos were pretty inefficient as well, shooting .167 and .160 in each game respectively.

Things have been different this season, though, and the Gauchos have proven to be clinical killers very much capable of beating anyone. Saturday’s unexpected sweep by Hawai’i was just their second loss this season, giving UCSB a 15-2 record overall.

While possessing the best overall record in the Big West, the loss to Hawai’i means UCSB now sits second in the conference with a 5-1 record, just shy of Cal Poly who sits atop unblemished at 6-0.

Cal Poly is currently on an eight-game win streak and were winners in 13 of their last 15 matches.

They also just happen to be coming off a 3-0 sweep against Hawai’i.

So what now for the Gauchos? Really, the only answer is up.

There are just three games separating the Gauchos from their next back-to-back matchups against Hawai’i and Cal Poly, and they will surely regret letting one tough loss get the best of them. If the Gauchos really want to win this thing, it starts with a statement on Saturday night.

There really isn’t a good sample size considering the Gauchos have lost just twice this season, but I will still note that UCSB’s 13-game win streak started after their loss to the University of Colorado. That intensity and that pursuit of greatness needs to be felt the moment they step on the court this weekend.

Taking a look at the statistics will tell you that the Gauchos have the upper hand in kills, kills/set, errors, hitting percentage, assists, digs, digs/set and blocks. However, Cal Poly will be rolling out more individual leaders in those categories, meaning that the Gauchos will once again be looking to win off their deep lineup. So then the question is, if the Gauchos are seemingly the most dominant team in the conference, what is there to worry about?

The thing to worry about is that the Gauchos just got knocked off their 13-game run by the third-place team right before they’re set to take on their biggest rivals — who just so happen to be pretty much just as good as the Gauchos while also possessing a perfect conference record.

You must forgive me for having said this in the past, but the Gauchos will really show us who they are this weekend. Composure, discipline and confidence are not on paper and cannot be so easily measured. This game is a must-win for the Gauchos if they are to have any wiggle room in the coming weeks.

Key matchups to watch out for include the outside hitters Lindsey Ruddins versus Maia Dvoracek, liberos Zoe Fleck versus Mika Dickson and setters Olivia Lovenberg versus Avalon DeNecochea.

2019’s first Blue-Green matchup will kickoff at 7 p.m. this Saturday at the Thunderdome.