Students, faculty and community members gathered outside the Student Resource Building on Monday to honor and celebrate Indigenous Peoples’ Day at an event hosted by the UC Santa Barbara American Indian Student Association and the Educational Opportunity Program. 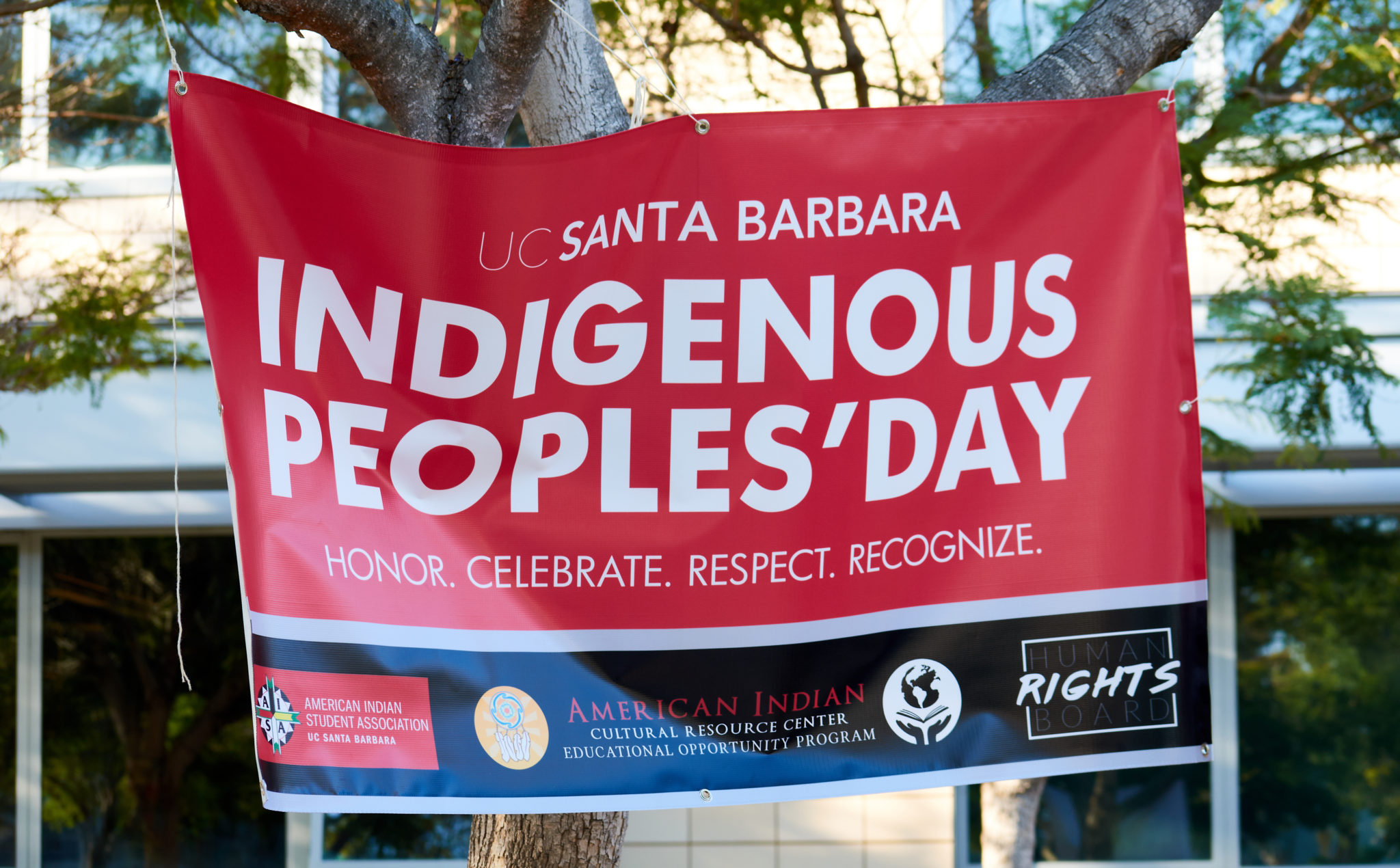 One major focus of the event was the resilience of the native and indigenous communities. Ida Kazerani/Daily Nexus

This was the first year that the Educational Opportunity Program (EOP) was responsible for planning this event. American Indian Student Association (AISA) EOP peer mentor Jeike Meijer, a fourth-year global studies and feminist studies double major, worked with another peer mentor to plan the celebration. Meijer served as the Associated Students External Vice President for Local Affairs for the 2018-2019 school year and was the first Native American to serve as an Associated Students executive at UCSB — a focal point of her campaign.

“Through 500 years of colonialism and a tribal genocide, my people are supposed to be gone, but I’m still here, so [Indigenous Peoples’ Day] stands to me as resilience and I remember my ancestors, my family and how much they fought so that I can be here,” Meijer explained.

One major focus of the celebration was the resilience of the native and indigenous communities, which attendees touched on by sharing stories from their personal histories. Allison Dutra, a second-year zoology major who attended the event, found the emphasis on family origins particularly impactful.

“I think it was really cool how [attendees] touched on their roots, the efforts that they’re putting in today to help kind of restore [what] once was here,” Dutra said.

One attendee used their time to speak out against Chancellor Henry Yang’s involvement with the Thirty Meter Telescope Project, currently in construction on Mauna Kea on the big island of Hawaii – a sacred ground for native Hawaiians. Yang currently serves as the chair of the telescope’s board of governors; his role sparked backlash from UCSB students.

Other AISA members touched on the importance of UCSB students being aware of the past Chumash roots of the campus. Linda Murray, an alumna who was involved with AISA during her time at UCSB, believes that UCSB students have a responsibility to honor the Chumash.

“We respect [the Chumash] and their culture and know that they’re still here. Natives are not in the past tense — we’re alive and nationally have networks,” Murray said.

Meijer echoed this sentiment, acknowledging that the role of academia on campus translates to a heightened responsibility to learn about the realities of indigenous history.

Recently, the I.V. Community Services District began acknowledging the Chumash people’s roots to I.V. at the beginning of each meeting with a statement meant to “pay our respects to the Chumash elders, past, present  and future, who call this place, Anisq’Oyo, the land that Isla Vista sits upon, their home.”

To many in attendance, an important part of the celebration was to recognize the historical inaccuracies in regards to indigenous people, to correct this history and to understand their right to occupy spaces on campus.

“The history [needs to] be written correctly for students to know before they get to the university,” Murray said. “It’s really important for us to exchange with each other and to feel that we also belong here when we are actually the original descendants.”