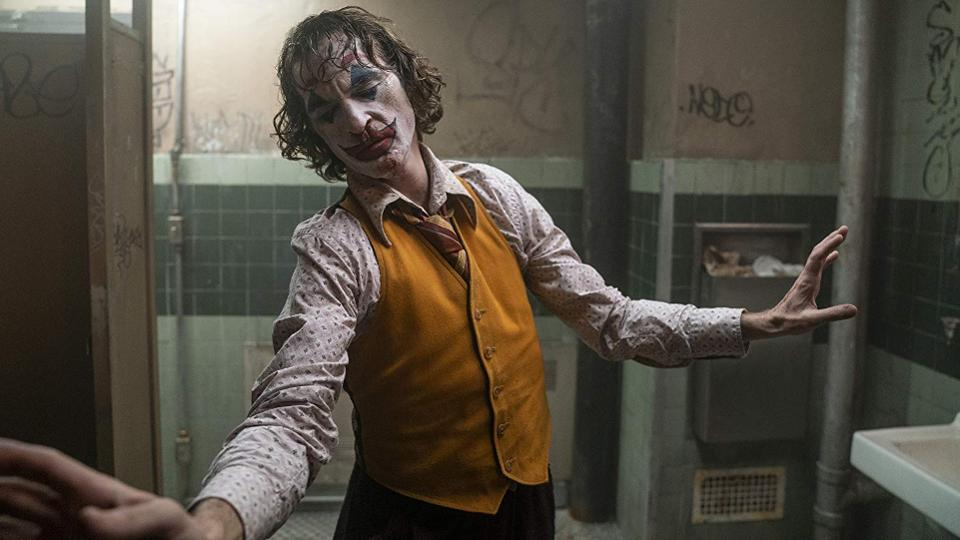 It has been a long time since a movie shook me up this much. Terrifying, devastating and ultimately stunning, “Joker” will probably leave you speechless in the theater seat, trying to pull yourself together and come to grips with the journey into madness you just watched.

Todd Phillips, the director behind the script and camera, teams up with Joaquin Phoenix in this violent, gritty character study to deliver a film that is painful and magnificent, worthy of telling the story of this infamous comic book character. Phoenix in the spotlight feels irreplaceable, completely reinventing himself for the role in a way that shapes out to be perhaps the best performance of his acting career.

Set in the iconic streets of Gotham City — but this time in the 1980s — we see a mentally ill man named Arthur Fleck, played by Phoenix, struggle to find a place in a society that seems to reject him at every turn. Arthur’s condition, one that makes him burst into fits of laughter (often at the worst possible moments), pushes him further and further away from the world around him. And now, with his social services cut and his medication gone, Arthur has nothing — and his journey into insanity begins.

Phoenix is undoubtedly the crown jewel of this movie, delivering one of the most Oscar-worthy performances I’ve ever seen. Having said to have eaten little more than an apple a day for this role, he is a frail skeleton of a man in this movie whose hopelessness and deep sadness weigh heavy in his face and shoulders. His eyes fill with pain as he desperately tries to stop his laughter, which is often misunderstood and leads Arthur into dangerous situations with unsympathetic characters.

From the limp scuffle that defines a defeated Arthur’s walk to a soon-to-be-iconic bathroom dance scene, Phoenix masterfully plays into the idiosyncrasies of a scared child transforming into a sociopathic monster. Inhabiting this role with every fiber of his being, he manages to leave the character with more life and utter insanity than how he found it.

Seeking complete creative freedom, Phillips set this movie in a different universe entirely, one in which the Joker’s life could be honestly and wholeheartedly explored. The slow-burn plot and the graphic violence, however, make crucial room for an origin story that has for too long been lazily reduced to “he fell into a vat of chemicals.” This is the riveting, no-holds-barred character exploration that Batman fans have always wanted.

This movie is the ultimate fan service for Batman aficionados who’ve always wanted a standalone movie for the Joker and manages to hold onto the nostalgia and callous insanity that made the Joker such a beloved villain to begin with. It tells this story with the quiet intensity of a crackling vinyl, taking you through a terrifying journey into the Joker’s mind. As you watch that twisted smile finally come to the Joker’s face in the end while Frank Sinatra’s “Send in the Clowns” plays, you won’t be able to look away.