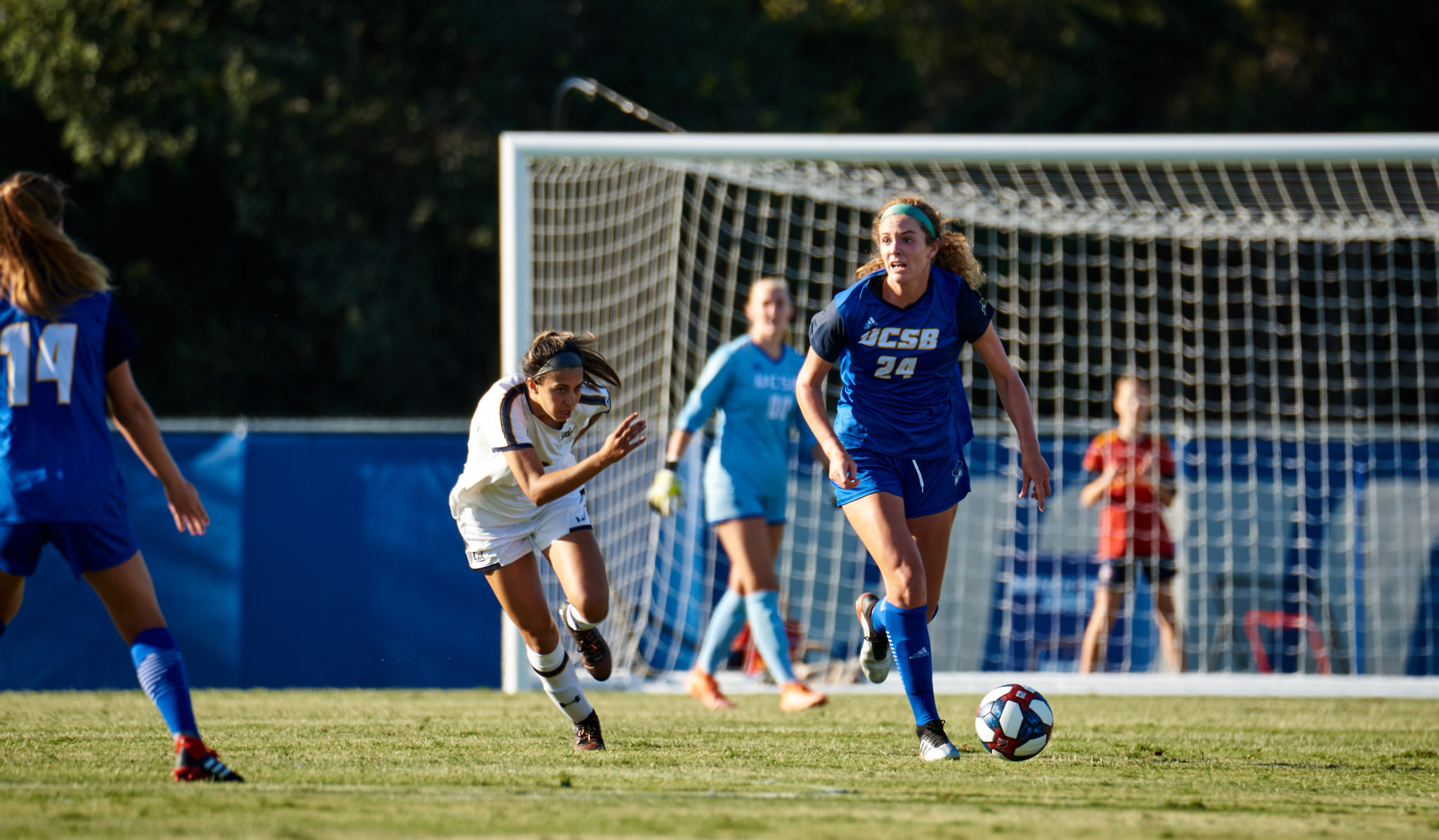 The UCSB women’s soccer team prevailed on the road over UC Davis on Thursday thanks to a timely 85th minute goal by senior Shaelan Murison to break the tie and give the Gauchos their third straight win.

The ‘Chos are now 6-3-3 overall and 2-0 in the Big West. This win adds to UCSB’s recent stretch of great play, as they have now won five of their last six contests after a somewhat slow start to the season.

UC Davis came into this game with something to prove having lost four straight games, including two conference games, dropping their record to 5-7.

But even with the added motivation, it was Santa Barbara that struck first, as Murison punched in a free kick for her ninth goal of the season at the 13:55 mark in the first half. The score held up for a decent stretch until Aggie Junior Ana Williams knocked in the game-tying score in the 36th minute, her second goal of the season.

The first half ended with the score tied and the second half continued with much of the same, as both teams got some decent looks at the goal but could not convert. But even as both teams got opportunities on offense, the Gauchos were the ones who had the edge as their 19 shot attempts nearly doubled the Aggies’ 10 attempts. This disparity in shot opportunities is what ended up giving the Gauchos the edge by the end, as Murison knocked down her second goal of the afternoon in the 85th minute and clinched the win for Santa Barbara.

Murison continues to make her case for Big West Player of the Year by scoring her ninth and tenth goals of the season on a day when she attempted a game-high nine shots and put six of them on frame. Her 10 goals place her first in the Big West in that category, and she also leads the conference in shots attempted, with 62.

Besides Murison, two other Gauchos attempted multiple shots, as junior Isabella Viana got four shots off, and senior Katherine Sheehy attempted three shots, two of them being on goal.

Senior Hanna DeWeese held down the goal for another stellar performance, only allowing one goal in a game where she was under attack a fair amount. DeWeese had four saves on five shots on goal, and she continues to lead the Big West in goals allowed per game, with a .87 average.

For the Aggies, this loss proved to be another heartbreaker in a string of five straight difficult losses for their squad. Of their last five defeats, four of them have been lost by a margin of just one goal, and they are struggling to get over that hump. They have proved to be a capable team in the past when they won five of their first eight matchups, but since then bad luck and some costly mistakes have sent them into a downward spiral. UC Davis has many capable weapons on offense as six Aggies have scored multiple goals on the season, but none of them have recorded more than three goals. The emergence of a go-to player on offense might be what gets Davis back on track as we move further into conference play.

With Thursday’s win, the UCSB joins Hawai’i and Cal State Fullerton as the only remaining unbeaten teams in the Big West. The Gauchos will now get a week off before they hit the road again this Thursday, Oct. 17, to take on the 8-4-3 (2-1) Cal State Northridge Matadors, who have built some momentum of their own by winning their last two games. Next Thursday’s game will kick off in Northridge at 7:00 p.m.