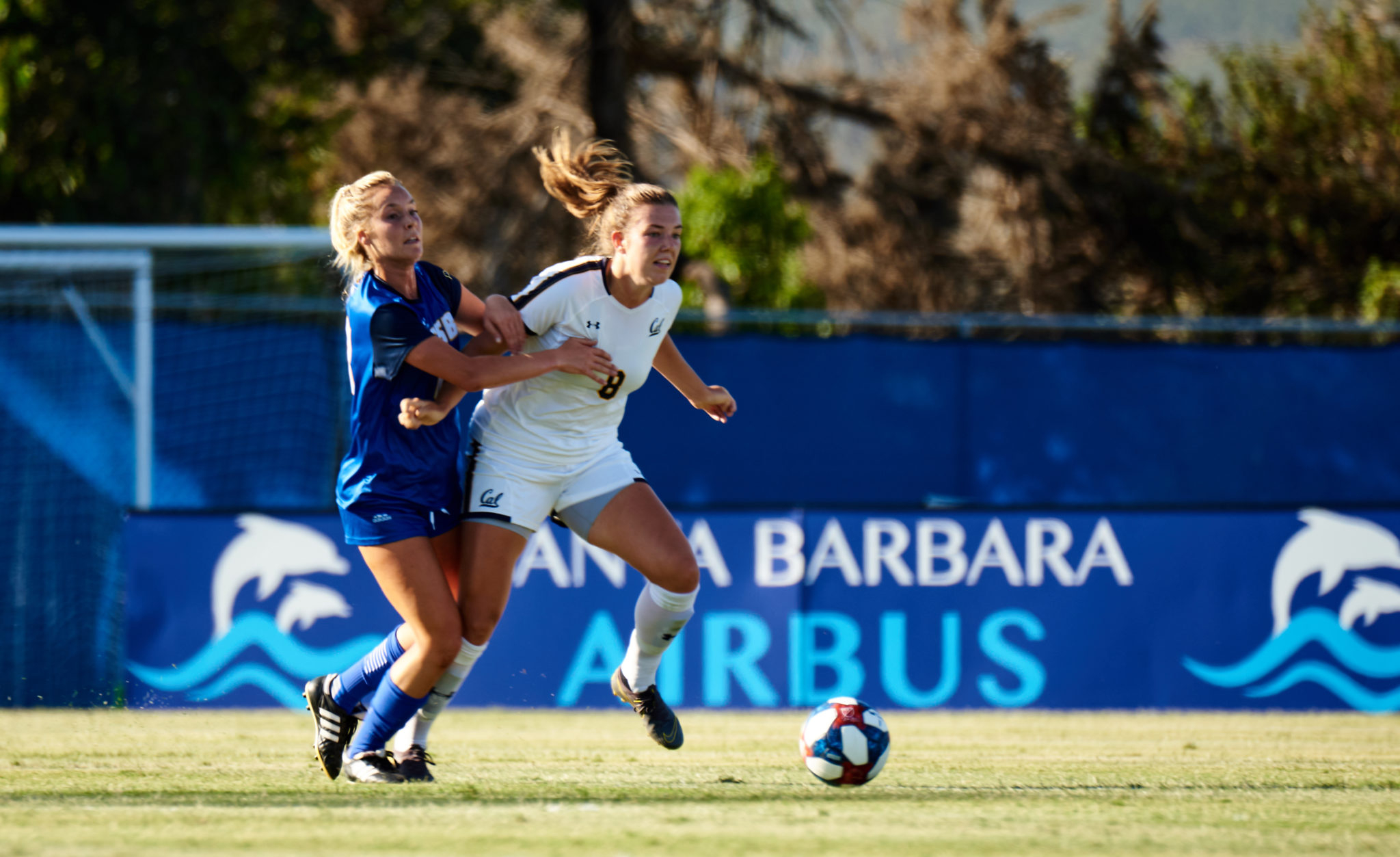 The UC Santa Barbara women’s soccer team will head to UC Davis this Thursday where the Gauchos will look to take on their second conference win of the season and add another win to their overall record of 5-3-3.  After an impressive win against Long Beach State, Santa Barbara seems to have found their rhythm as of late, which is an encouraging sight heading into the heart of conference play.

In their most recent matchup against Long Beach State, freshman midfielder Dylan Lewis netted the only goal in the thirteenth minute of the game. Lewis played an integral part throughout the game as she had a total of three shots on goal, putting constant pressure on the 49er goalkeeper. Multiple players had shot attempts in this matchup with Shaelan Murision leading the way with four.

Senior goalkeeper Hanna DeWeese continued her stellar play as she had two saves, which included a crucial save on a penalty in the second half. DeWeese has proven to be the anchor of the ‘Chos defense as she now has a total of six clean sheets thus far. With the Gauchos’ defenders constantly pressuring the opponent’s teams forwards, there have been few shots on goal which has led to DeWeese finding her comfort zone in front of the net.

UC Davis heads into this game on a four-game losing streak and an overall record of 5-7 including an 0-2 conference record. In their most recent matchup against UC Irvine, the Aggies took the lead in the fourth minute of the game but gave up two goals in the 10th and 34th minute. A common theme for UC Davis has been their inability to find ways to win close games as three of their last four losses have been by just a goal.

That being said, the Aggies are extremely talented with sophomore Casey Palmer and redshirt freshman midfielder Leslie Fregoso leading the way offensively with three goals each. Defensively the squad is led by junior goalkeeper Nicki Rucki who has a total of 27 saves on the year with a save percentage of 73%.

In order for UCSB to have success in this matchup, it will be crucial for players to continue to emerge offensively. Lewis was a key contributor last week and will look to continue playing at a high level this upcoming Thursday. This will take pressure off of senior forward Murison and allow her to operate in the penalty box without a double team coming.

Moreover, the team will need to continue to keep up their pressure on the defensive end. With consistent pressure in the middle half of the field, Santa Barbara has limited the amount of opportunities that opponents have had on goal. By remaining disciplined, this will ensure that opponents do not become comfortable or create chances on a transition attack.

As the season has gone on, the ‘Chos have started to close out games rather than ending up with a tie. Much of this can be attributed to the team building their chemistry throughout the season, especially with this young of a group. It could not have come at a better time as well with conference play starting up as Santa Barbara will look to make a push for the Big West championship. With a team playing as hard as they are, surely good things will continue to happen for the talented squad.

UCSB is back in action this Thursday against UC Davis at 4 p.m. where the Gauchos will look to pick up their second win in conference play as well as their fourth win away from home.