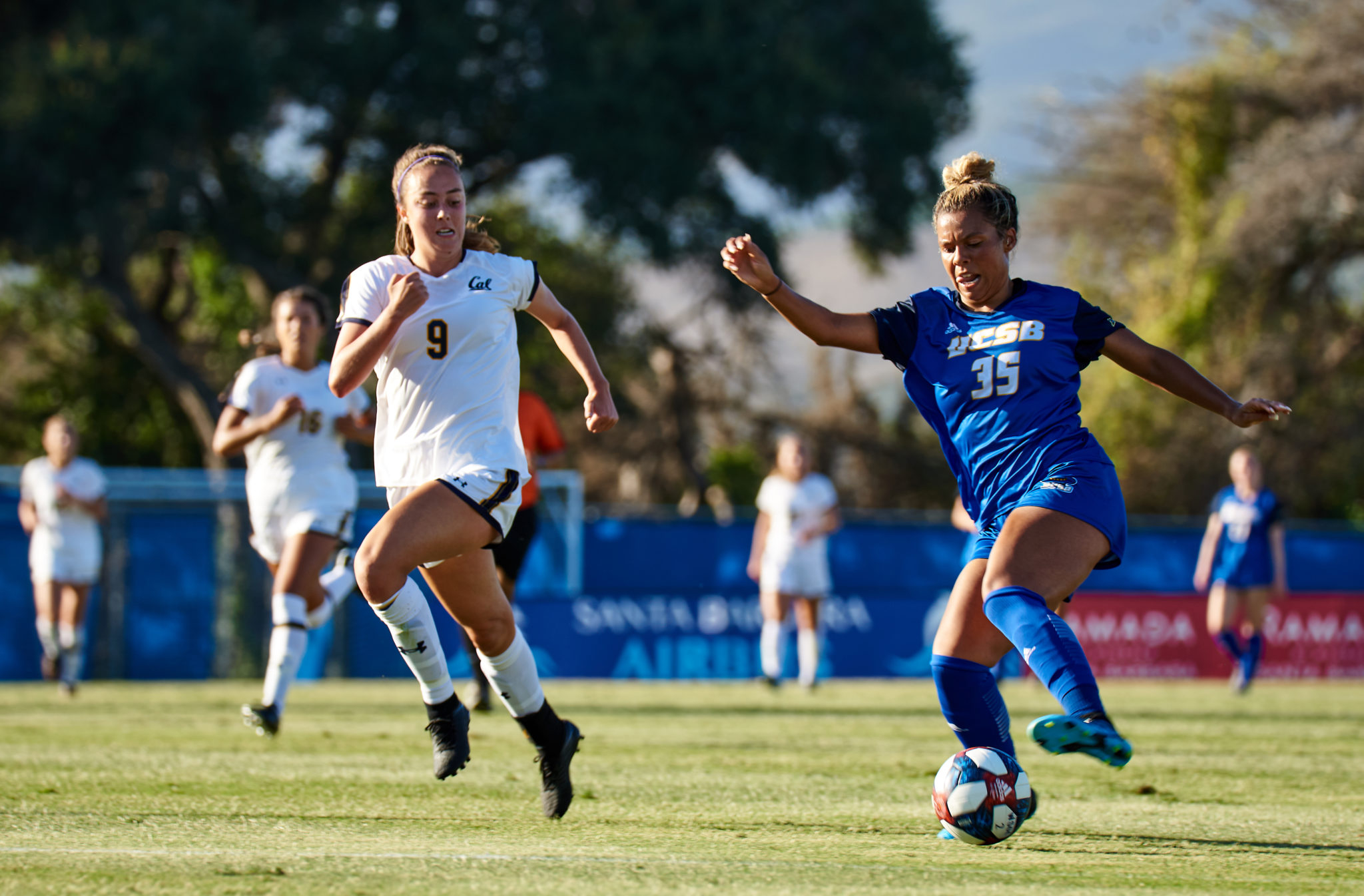 The UCSB women’s soccer team had their two-game win streak snapped on Thursday when they fell 2-0 on the road against Santa Clara, dropping their record to 3-3-3.

The Gauchos hung tight for the first half, but they were unable to keep the Broncos in check as two second-half goals by Izzy D’Aquila were enough to put the game away for the home team.

The game started out evenly matched and both teams had opportunities to score and get on the board first. At the end of the first half, UCSB had six shots and Santa Clara had taken seven, but neither team was able to find the back of the net.

It was in the second half when freshman midfielder D’Aquila scored her 9th and tenth goals of the season in a three-minute span to ultimately put the game out of reach for the Gauchos. D’Aquila’s goals were assisted by Kelsey Turnbow and Alex Loera. Broncos goalie Courtney Ogren also contributed to the win with three saves, good enough for her third complete game shutout of the season.

The Broncos were able to put up 11 shots in the second half of play which dwarfed the three shots taken by the Gauchos. Santa Clara’s relentless offensive attack coupled with their defense locking down and limiting opportunities in the second half is what separated them from UCSB and ultimately decided the outcome in this one.

Shaelan Murison led the way for the Gauchos offensively with six total shots including one shot on goal, and Hanna DeWeese turned in another stellar performance, racking up six saves on the day.

After falling back to .500, the Gauchos will hit the road again for their next matchup. This time they will face Cal State Bakersfield in their final game of the non-conference season.

The Roadrunners are 5-4-1 on the year and looking to bounce back from a loss on Sunday to Sacramento State.

CSUB is lead by senior Sophie Freeman and junior Eszter Toth, who both have three goals so far this season. Senior Aryana Harvey has yet to score but she does lead the team in assists with four. The Roadrunners also have a stellar freshman duo in Jaden Skinner and Chelsee Duran, who have each put the ball in the net twice. Bakersfield has found success this year behind an offensive attack constituting of many capable playmakers so they are not forced to rely on one single person every game.

CSUB has managed to stay above .500 without scoring more than two goals in any game so far this year, which means they score goals when it’s necessary and then they can protect their lead very well. Junior Andrea Neves has started nine of the 10 games as goalkeeper for the Roadrunners and she has allowed 13 in those nine games, good for a .717 save percentage on the season.

This is a game where UCSB should look to attack early and get on the board so Bakersfield is forced to play from behind, and they cannot just sit back and protect their lead like they have before.

It will be important for the Gauchos to spread the attack and get many of their players involved with their offensive attack. It can’t just be Murison who takes all the offensive responsibility, because the ‘Chos are at their best when everyone is getting chances to score.

This game is another road test and an opportunity for UCSB to gain some momentum and be above .500 heading into Big West Conference play.

The Gauchos will face the Roadrunners on Sunday in Bakersfield at 12:00 p.m.