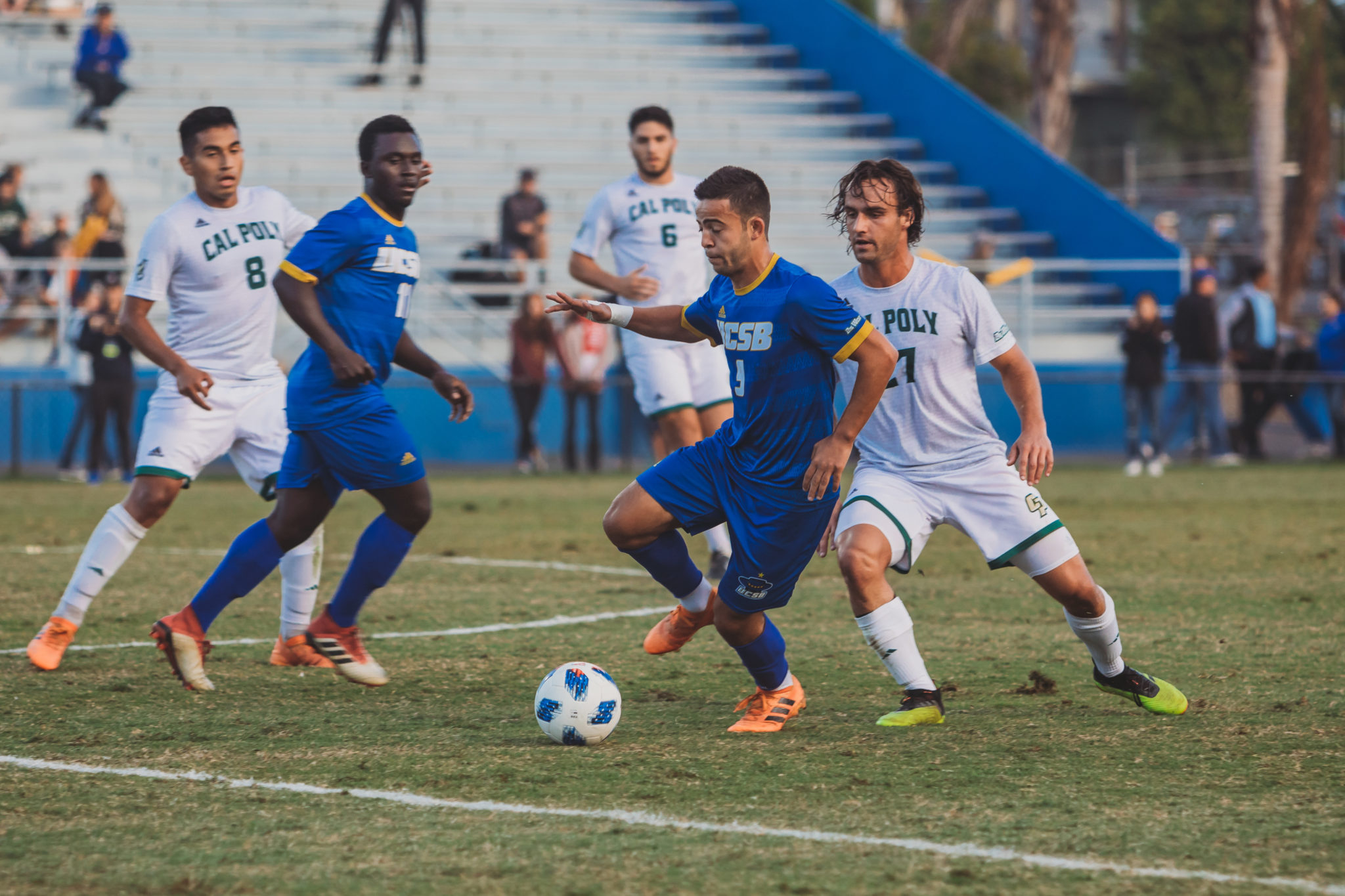 Fresh off a 2-0 road trip, the UCSB men’s soccer team is set to return to Harder Stadium Thursday night to take on the Seattle University Redhawks. The Gauchos are 3-2 after having taken down Gonzaga and Oregon State in their last two games, while the Redhawks own a very symmetrical 2-2-2 record to kick off the season.

UCSB is coming into this matchup looking to continue to build positive momentum with a tough final slate of non-conference games looming at the end of the month.

The biggest question for the Gauchos so far has been the presence, or lack thereof, of their defensive players.

Early injuries to senior defender Faouzi Taieb and freshman Lucas Gonzalez, along with Hunter Ashworth and Noah Billingsley being called up to play for the New Zealand U-23 squad, left the team with a depleted backline to start off the year.

While there is no official return date for Taieb or Gonzalez (who seemed to have the more serious injury of the two), both Billingsley and Ashworth returned last weekend and have already made a world of difference.

UCSB conceded six goals in two losses prior to their return; since they have been back, they have scored four goals while conceding only one with two wins.

The Kiwis’ sturdy defensive presence allows players in the middle like Sahid Conteh and Thibault Candia to have more of an attacking mindset instead of having to worry about supporting in the back third. Their ability to push the ball up has helped create space for the wingers and forwards as well.

Seattle University has had a textbook roller coaster start to the season.

The Redhawks have notched impressive wins against USF, who they handily defeated 5-0, and the University of Portland.

Their .500 record is slightly deceiving however, as both losses were to quality teams (No. 16 Notre Dame and No. 12 University of Washington) and they tied one of the best teams in the country in No. 4 Indiana University.

The team is led by redshirt junior forward Noe Meza, who has been a scoring phenom to start this season off. The Washington native leads both the team and the Western Athletic Conference in goals (four), and is also fourth in the conference in shots.

Meza led the team in scoring last season as well (eight) and is not new to the Seattle U/UCSB rivalry. He scored the pivotal goal in their 2-0 win over the Gauchos last year and will certainly be on the hunt for another against this season against the depleted SB backline.

One of the key facets of this game might actually not even have anything to do with the players themselves, but rather where the game is being played.

The Redhawks still haven’t picked up a win on the road this year, losing their only away game and tying their only game on neutral ground. UCSB is trying to get Harder Stadium back to the fortress it was last season, when they posted an undefeated 9-0-1 record, but early injuries hindered them in their two latest home matchups against UC Berkeley and No.17 Virginia Tech.

The crowd might not be as large as this move-in weekend when the team takes on University of Maryland, Baltimore County (UMBC), but if enough students are back to kick off the quarter then it could be one of the deciding factors.

The Gauchos will have their work cut out for them on the defensive end but their offense will determine how well they can compete against a high-powered Seattle squad.

Goalscoring has been by committee so far this year, with six different players scoring so far and no player scoring more than once.

One notable absence from the stat sheets this season has been star forward Rodney Micheal, who led the team in scoring last season but has yet to notch a goal so far this year.

Whether defense has been honing in on him more or it’s just a personal slump, Micheal has not been the attacking force that the team is going to need to have a successful year.

Watch for him to try to take advantage of a Redhawk defense that just gave up three goals in their last game.

This game might not count towards UCSB’s conference record, which will ultimately determine the team’s chance at making it to the NCAA Tournament, but the Gauchos need to get some positive momentum as Big West play approaches. With a matchup against powerhouse No. 2 Stanford drawing nearer, this game will be a good test to see how close this squad is to being able to compete against the top teams in the country.

UCSB versus Seattle U kicks off at 7 p.m Thursday night at Harder Stadium here on campus.