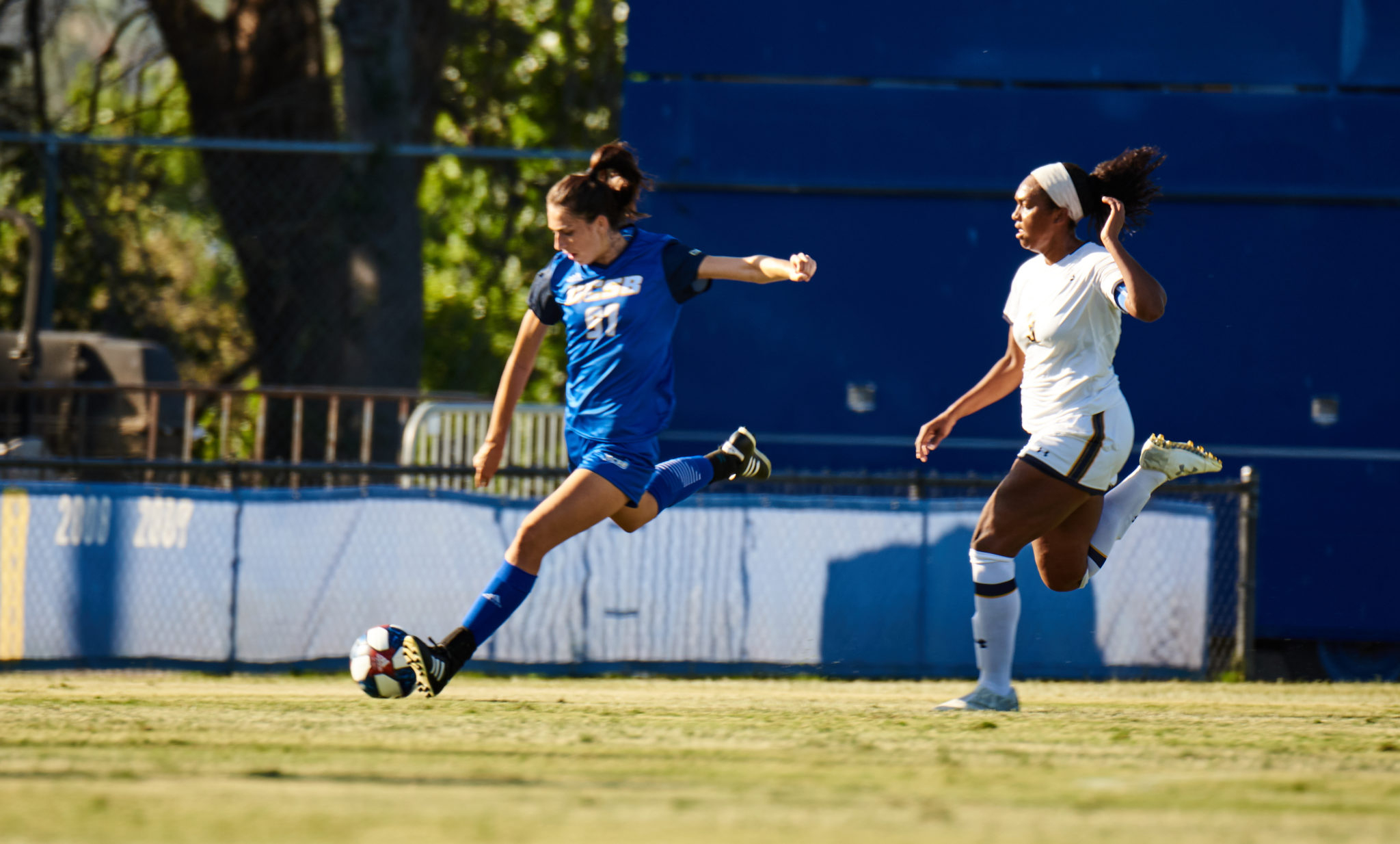 The UCSB women’s soccer team will be looking to build off of their first win of the season last weekend against Idaho as they return home to face Grand Canyon on Friday and Stanford on Sunday.

The 1-5 Antelopes of GCU are in a bit of a tailspin after losing five consecutive matches by a combined score of 16-3. They have been unable to find any rhythm this season, and they likely view this upcoming game in Santa Barbara as a chance to end this streak.

The ‘Lopes are a very young squad with ten freshmen and only one senior on the roster and were voted to finish fifth out of nine teams in the WAC. This means that many people view GCU as a middle-tier team, and it will likely not be long before they end up on the right side of a few games.

When examining the struggles the Antelopes have faced this season, you must take a look at their defense and goals allowed. GCU has allowed several high-scoring games from opponents, such as their 1-7 loss against FAU and their 0-4 loss at the hands of UTSA. The Gauchos will look to attack early and often in order to gain the upper hand in this match.

However, even with their struggles Grand Canyon is a team that attacks relentlessly on the offensive end, where they average 12.2 shots per game. These attempts have only resulted in four goals so far this season, but their offensive attack is something that can give teams issues, especially if it is not prepared for and taken seriously.

The Gauchos’ first big test of the season will come on Sunday as they go head-to-head with the No. 2 ranked Stanford Cardinal. Stanford is undefeated in their five games so far this year, with two of those wins coming against top-15 opponents.

Stanford is a perennial powerhouse in women’s soccer due to their 21 consecutive NCAA tournaments berths and two national championships victories over the past decade. The Cardinal have once again been picked to win the Pac-12, mostly due to the return of five All-Conference players from a season ago as well as the return of two-time ESPNW Player of the Year and MAC Hermann Trophy winner junior Catarina Macario.

Macario has picked up right where she left off last year as she has scored nine goals in the Cardinal’s first five games, good for second in the nation. Not far behind her is senior Carly Malatskey, who has five goals on the season. Stanford has five players with multiple goals so far in 2019, which shows just how potent their offense can be. As a team, Stanford is second in the NCAA in goals with 26, third in assists with 29, and first in shots per game with 24.6. UCSB will surely have their hands full dealing with that much firepower.

Stanford is an elite team in all aspects of the game, and while a true challenger has been difficult to come by this season, their one possible weakness might be at the goalie position. The Cardinal’s keeper for the last two seasons graduated last year, and the three keepers on their roster for this year have yet to see much action over the course of their careers. Senior Lauren Rood and redshirt freshman Katie Meyer have split playing time over Stanford’s first five contests, with Rood starting three games and Meyer starting for two.

Both goalkeepers have only 18 combined starts for their careers, and while they are competent and skilled players, they will be more prone to mistakes that UCSB could take advantage of.

The Gauchos will look to notch their second and third win of the season against GCU on Friday at 7:00 p.m. and against Stanford on Sunday at 1:00 p.m. Both games will be played at Harder Stadium.