The Daily Nexus
Sports
Gauchos Blow Out Vandals in First Win of the Season
September 9, 2019 at 4:21 pm by Kunal Mehta 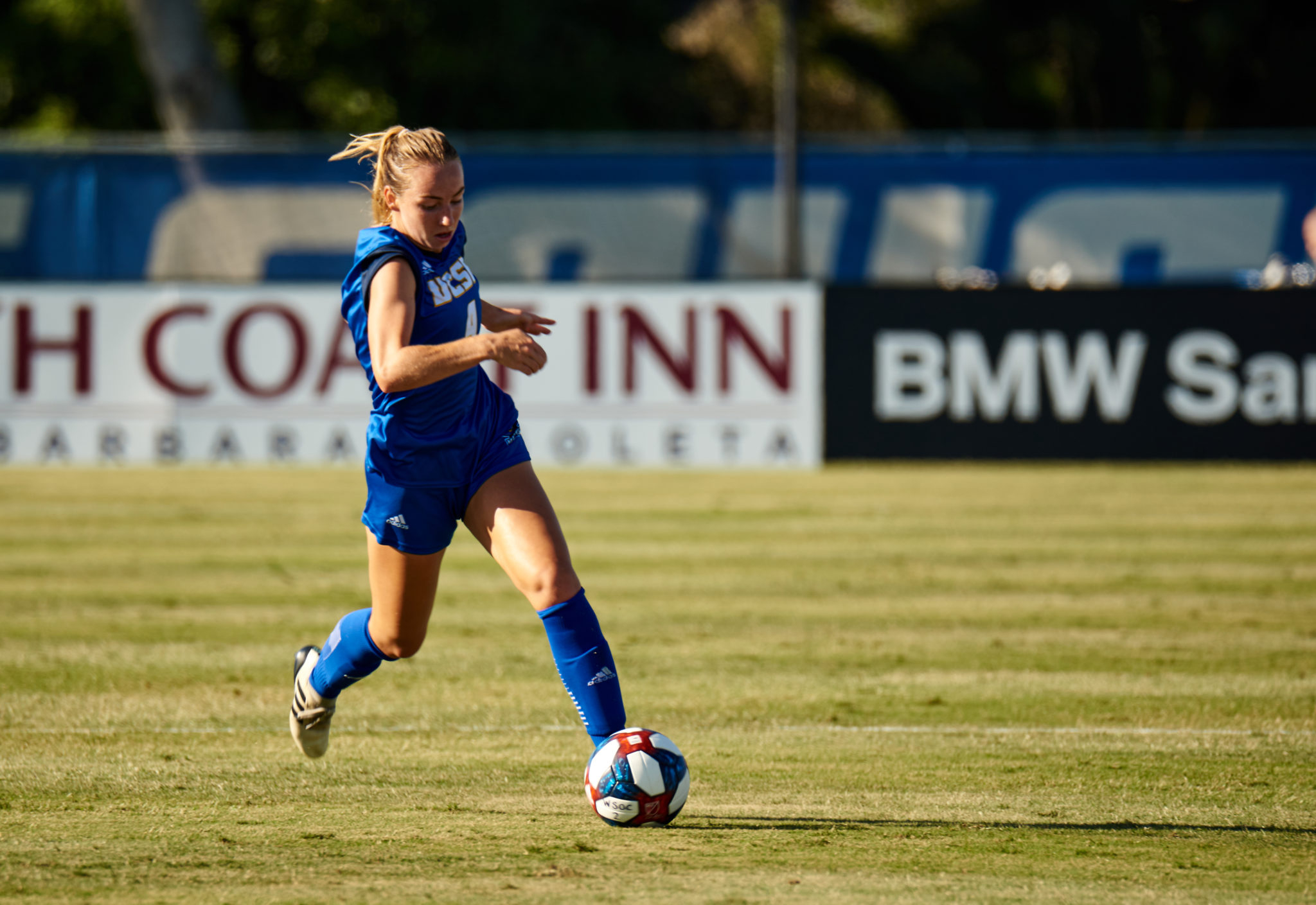 The UCSB women’s soccer team snagged their first win of the season this past Sunday against Idaho, putting them at an overall record of 1-1-2. Through a balanced attack, Santa Barbara was able to net three goals in the first 20 minutes of the matchup, putting the game out of reach early on.

Idaho, 2-4 on the year, came into this game on a two-game losing streak in which they only scored one goal between both games. In their most recent loss to Seattle, the Vandals struggled to find any sort of offensive rhythm which led to only eight shots on goal. Despite struggling out of the gate, Idaho’s roster boasts extremely talented players, including sophomore midfielder Maddie Haas, who has two goals and an assist thus far.

Santa Barbara set an aggressive tone early in the matchup as the Gauchos’ pressure led to early turnovers for the Vandals in their own half of the field. UCSB netted their first goal of the game at the nine-minute mark as freshman midfielder Dylan Lewis was able to sneak the ball behind the defense, leading to sophomore forward Jessica Wright pushing it past the outstretched arm of the Idaho goalkeeper.

The squad kept up their pressure and were rewarded soon after as junior midfielder Christine Maurer was able to score her first goal of the season. Maurer is one of the key players who many believe will keep the pressure off of senior star forward Shaelan Murison and provide consistency on the offensive end for Santa Barbara.

Shortly after in the 20th minute, Murison would score a goal to put the Gauchos up 3-0, giving her squad a comfortable lead with over 70 minutes left to play. It was an encouraging sight for UCSB as the team stepped up offensively and used their defense to create opportunities for goals on the transition attack.

Moreover, Idaho had a difficult time getting past the Gaucho defense as the Vandals only had two shots on goal that were both comfortably saved by senior goalkeeper Hanna DeWeese. DeWeese tallied her second clean sheet of the season and has looked extremely confident in front of goal.

There were a lot of positives to take away from this matchup, but the one that stuck out the most was the growing chemistry among the players. It is apparent that as each game goes by, the starters will be more comfortable playing with each other, and this will hopefully lead to more wins. With both youth and experience currently on the roster, the expectation for UCSB is to win and compete for a title. While that is a tall task, this group has shown signs that they can accomplish that feat.

Even though Murison will surely be double-teamed inside of the box in future games, there is a strong belief amongst the team that they can find the back of the net even if Murison is not directly involved in the play. As her teammates find more opportunities to score, it will be difficult for opposing teams to continue to double-team Murison as well.

It will be crucial for Santa Barbara to continue to develop their identity as well, but it is starting to look like they will rely on their defense to create offensive opportunities for themselves. As this team becomes more consistent, it will surely be fun to watch them develop and hopefully contend for the Big West Title as the season goes on.

UCSB is back at home this upcoming Friday against Grand Canyon at 7 p.m. inside Harder Stadium, as the ’Chos look to get their second win of the season.