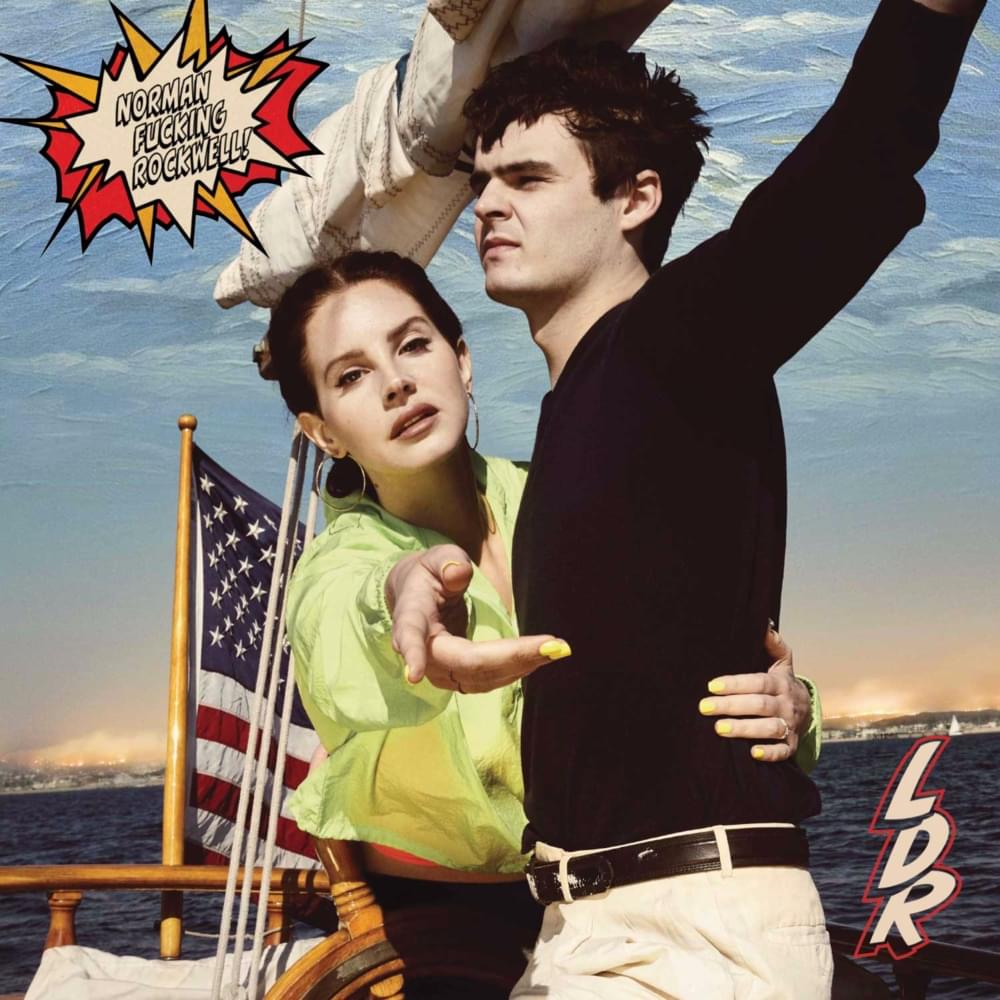 Lana Del Rey, professed queen of daddy issues and summer albums, has struck again with her newest project Norman Fucking Rockwell!. She popularized the term “summertime sadness,” and each of her summertime albums attend to the notion of seasonal listlessness. Her style remains festooned with glamor, tranquility and an air of disenchanted stardom.

Del Rey’s previous album, Lust for Life, was released in the summer of 2017; by this time, I had already resigned from my status of being a Lana Del Rey fan. I gave her album a listen as a tribute to my 14-year-old self, but was pleasantly surprised by the sound, themes and features on the album. Each song stood out from the rest, and as a whole, the album served as an optimistic and lovely listen. Lust for Life left me as a Del Rey retiree and had me wondering: where would her sound and style go next?

This brings us to our current destination: 2019, with the release of Norman Fucking Rockwell!. NFR stands as a featureless album, allowing Del Rey more room for individual creativity. Stylistically, this album remains on the moderate side of Del Rey’s range of production.

Some songs on the album met popularity shortly after their release dates. “Doin’ Time” covers Sublime’s original with an added hip-hop element, making it an instant modern summer ballad. B-Side “Cinnamon Girl” garnered Twitter-trending status as listeners tweeted about its allure. “California” and “Fuck it, I love you” are two tracks that strongly stay within the frames of her classic style. A pocketful of rule-bending “rebel-tracks” are also nestled within the album. “Venice Bitch” comes in at a whopping nine minutes and 37 seconds with a beautiful trance-inducing, psychedelic sound. 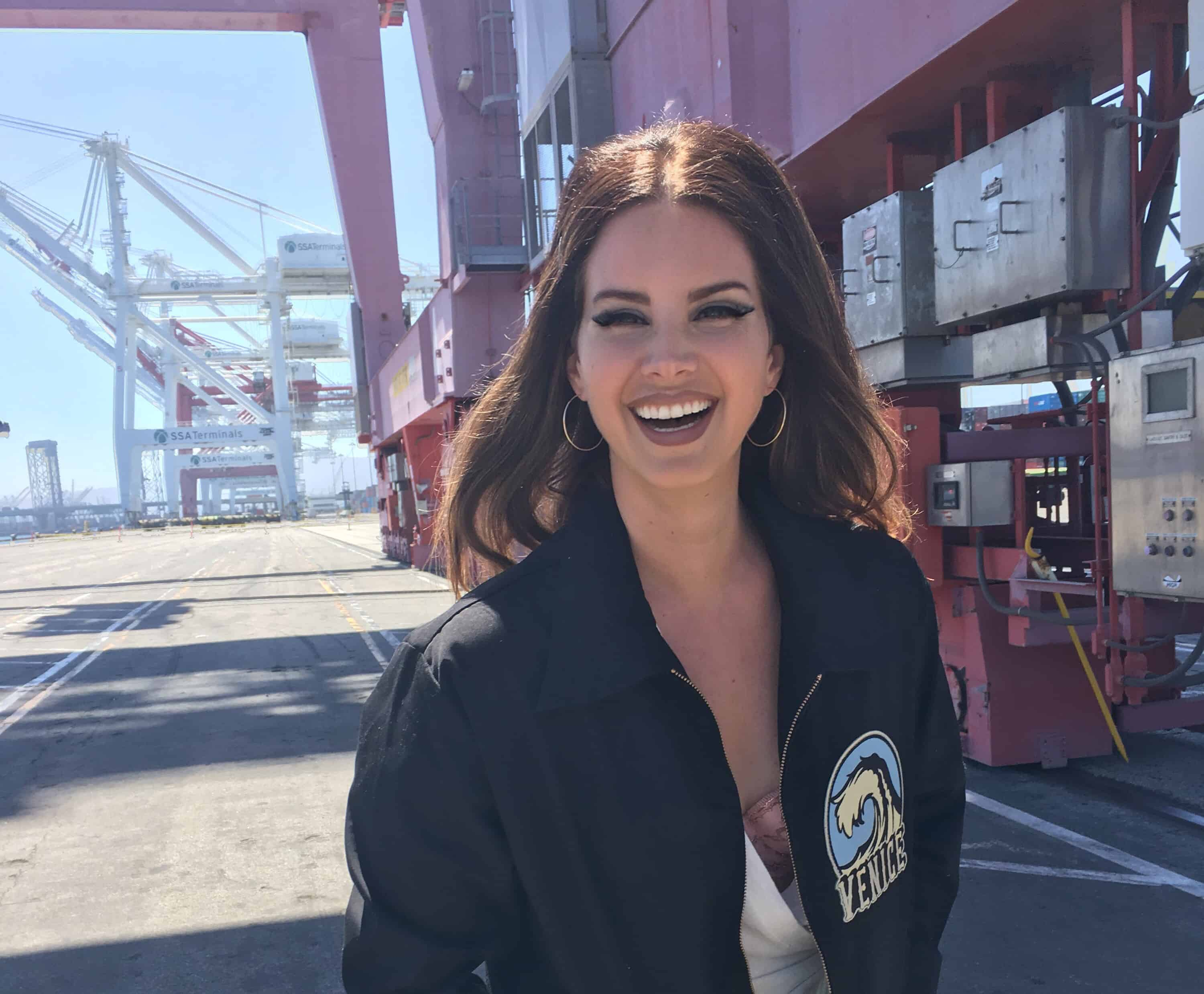 The title of the album emboldens a name that most of her demographic would find unfamiliar, begging the question of the album’s theme and underlying motifs. Norman Rockwell, a 20th century American painter, reached fame for his realistic depictions of American scenes. Del Rey herself has long been known to sing about the trials and tribulations of being an American and fans can agree that her last album was hopeful and inspiring regarding the state of current American affairs. Songs such as “God Bless America – And All The Beautiful Women In It” and “Beautiful People Beautiful Problems” intimate optimism in spite of hardship and disunion in the country.

Prior to the release of NFR, Del Rey released a single entitled “Looking for America,” which provides context to the current album’s theme. NFR is a slower, more brooding album that reflects in a neutral and disillusioned tone. The album artwork even contains several American symbols: an American flag in the background, clouds that appear plastered rather than authentic and a vintage comic book font. The album cover also shows Del Rey clutching onto a young man and reaching her hand out to the viewer invitingly. The man in the photograph is none other than Duke Nicholson, son of classical American movie star Jack Nicholson. Seemingly, Del Rey strings together her perspective on current American affairs alongside songs pertaining more to her personal life such as tracks “How to disappear,” “Bartender,” and “Fuck it, I love you.”

In “Happiness is a butterfly,” she sings “Happiness is a butterfly / Try to catch it like every night / It escapes from my hands into moonlight.” Her lyrics are melancholic as usual, but reflect more so on the current state of affairs than wholly on her personal life. In “The greatest,” she sings “L.A.’s in flames it’s getting hot / Kanye West is blond and gone / Life on Mars ain’t just a song.” Mentioning West has unquestionably political connotations ⁠— she is referencing a famously celebrated American rapper who now puts his support into vexing issues. It is clear that Del Rey is affected by the altered state of Los Angeles, American artists and the environment.

Her album culminates with “hope is a dangerous thing for a woman like me to have — but I have it.” Despite the despondency narrated throughout her album, Del Rey is able to maintain a glimmer of optimism. Overall, NFR sits well as an album and contains impressive singles. Though the album does not possess the same titillation as Lust for Life, NFR is a culturally poignant, melodically wistful and sweetly coordinated composition.

Rockwell was a 20th century painter, not 19th.

Duke Nicholson is Jack’s grandson, not his son.