Several gems and minerals belonging to the UC Santa Barbara Department of Earth Science, which were previously displayed near Webb Hall, are currently missing following a burglary on Aug. 13. 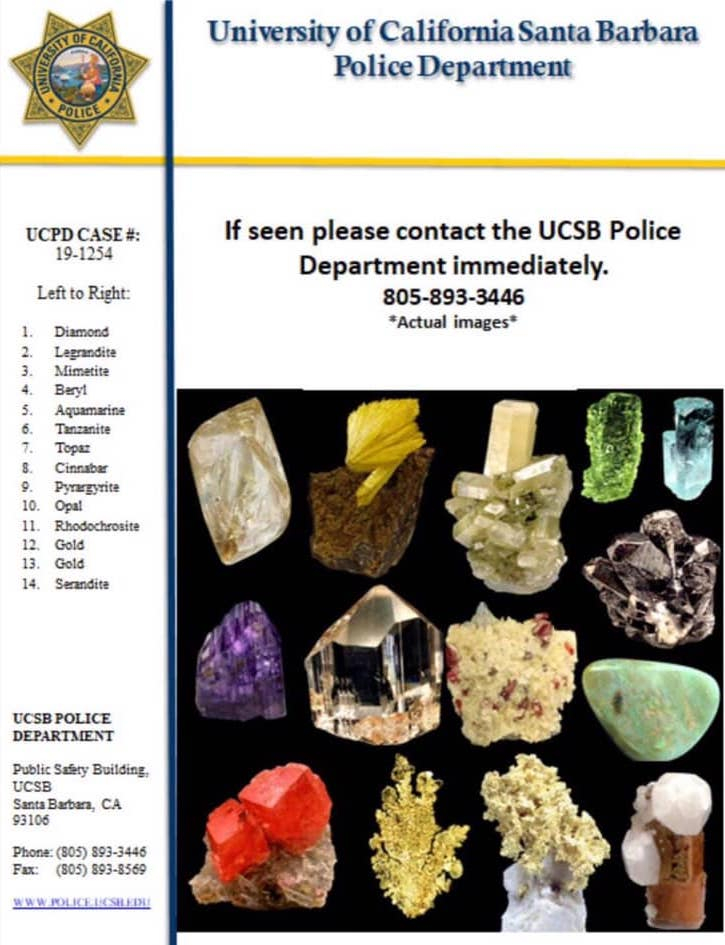 News of the missing items broke on Aug. 26 after a post by a UCSB student about the missing gems was shared to the UCSB Free & For Sale Facebook page.

UCSB spokesperson Andrea Estrada clarified in an email to the Nexus that the burglary had occurred nearly two weeks earlier, on Aug. 13.

According to Estrada, police responded to a 911 call around 10:55 p.m. that night from an individual who was inside Webb Hall at the time, working at their office. The individual, whose name and relation to the school was not listed, said they had heard “a large crash outside of their office followed by an audible alarm.”

Police responded to Webb Hall and discovered that several items were missing and that the gem and mineral display case was damaged, Estrada said in an email. No suspects were located following a search of the building.

The missing gems and minerals total 14 in all and include: one diamond, one legrandite, one mimetite, one beryl, one aquamarine, one tanzanite, one topaz, one cinnabar, one pyrargyrite, one opal, one rhodochrosite, one serandite and two pieces of gold.