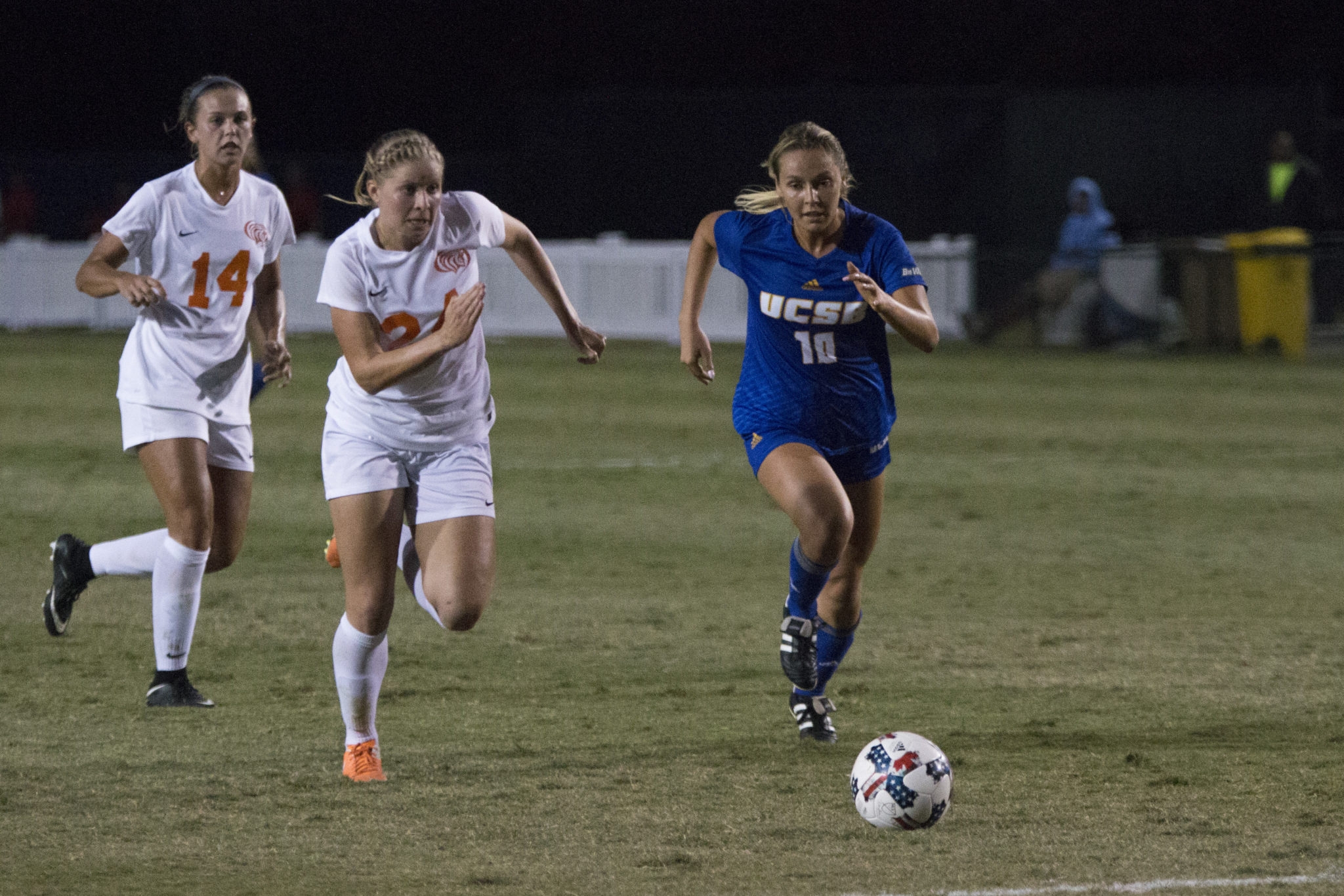 The UCSB women’s soccer team officially began their regular season with a draw in a thrilling double overtime match against Minnesota. While it may not have been the result the Gauchos were looking for, there were many positives to take away from the game, including the team’s resiliency despite being down a goal.

Santa Barbara started the game off strong as senior forward Shaelan Murison found the back of the net two minutes into the game. Murison continues to be a nightmare for opposing teams as she is constantly putting pressure on goal. This not only forces teams to play more defensive but also allows UCSB to play more freely in the midfield area.

Although it is early, one thing that has been noticeable is the aggressive press that the Gauchos have played with. By constantly pressuring the ball, it makes it more likely for their opponents to turn the ball over, especially in their own half of the field.

After the first ten minutes being dominated by Santa Barbara, Minnesota began to find their rhythm behind strong play from junior forward Makenzie Langdok. Langdok had her first shot blocked in the 19th minute but was able to put away a goal in the 18th minute to the level the matchup at 1-1.

Despite a quick start, UCSB was unable to keep their momentum primarily because they were constantly being called for fouls. This ended up stagnating their counterattack and allowing Minnesota to increase their time of possession.

Langdok took advantage and scored her second goal of the match in the 57th minute behind a lazy pass in the back end by the ‘Chos. Minnesota had seemingly taken full control of the game at this point and shifted toward a defensive formation.

UCSB responded by putting constant pressure on the Golden Gopher’s goalkeeper Maddie Nielsen. Nielsen successfully blocked two Gaucho attempts but was unsuccessful in the 83rd minute as sophomore forward Jessica Wright pushed the ball through to knot things up. Neither team would be able to create many chances following this goal in either overtime, leading to the final score of 2-2.

It was an encouraging sight for Head Coach Paul Stumpf as it is clear that this squad not only competes at a high level but also has the maturity to not panic when things are not going their way. There were a couple instances where this was clear but one in particular was when the ‘Chos were constantly being called for fouls throughout the first half.

Rather than allow this to take themselves out of the game mentally, Santa Barbara was able to keep their composure, a characteristic that will be necessary to maintain for UCSB to make a run for the Big West Title.

Next up for UCSB will be a matchup against San Jose State, who are also coming off of a draw against Cal Poly. The Spartans are led by Jamilecxth Becerra who finished last season with a team-leading five goals. For the Gauchos to have success in this matchup, it will be important that the defense shadows Becerra as she is extremely dangerous in the penalty box area.

In front of goal for the Spartans is sophomore Ariana Romero who recently transferred from Seattle University. In her first start for SJSU, Romero had an impressive three saves which helped lead to a clean sheet. UCSB will need to constantly put pressure on goal in their upcoming matchup to take Romero out of her comfort zone.

Santa Barbara will look to get their first win of the season at home this Sunday against SJSU at 12 p.m. inside Harder Stadium.