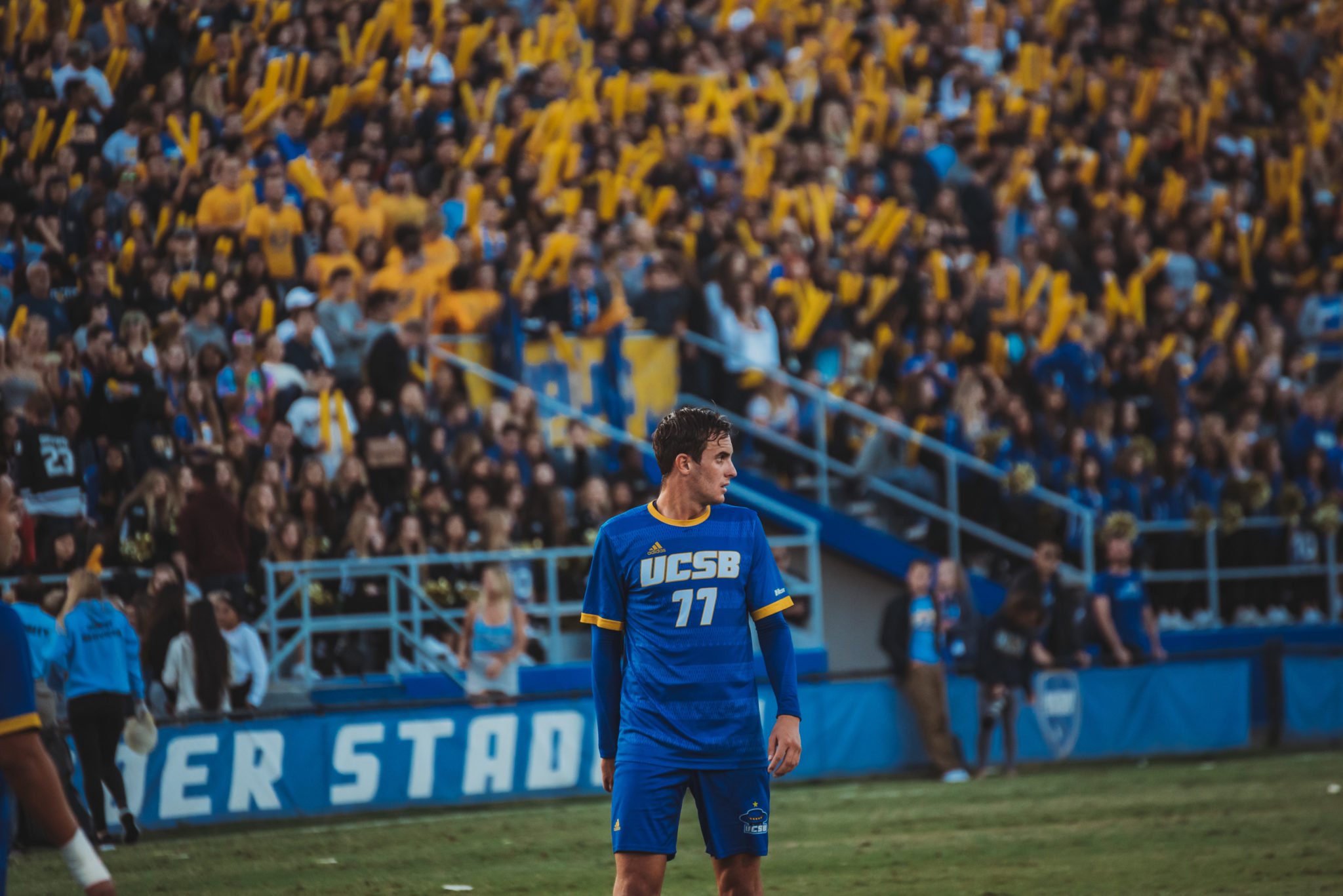 Although last season ended in a heartbreaking fashion, the UCSB men’s soccer team will be looking to build on the positive aspects of their run this past year as they begin their quest for the 2019-20 Big West title.

The Gauchos finished the 2018-19 season in second place in the Big West with a 4-2-1 conference, 10-6-2 overall record. They both started and ended the season on a three-game win streak, yet close losses in the middle would come back to bite them as they ended just one game out of first place, and with a tough first-round matchup in the conference tournament against Cal State Fullerton. For the second year in a row, UCSB would go on to lose their first game of the tourney at home, this time a missed penalty kick away from advancing.

Looking ahead, the Gauchos do have plenty to be optimistic about. One of the keys to success in any college sport is continuity, and the Gauchos are returning with a strong core including players such as senior defender Faouzi Taieb, senior midfielder Thibault Candia, and junior forward Rodney Michael.

Taieb has been a key component in the Gauchos’ defensive and offensive gameplans ever since he transferred from St. Francis Brooklyn a year ago.

He tallied the most minutes on the team last year with 1642, and started every match he played. The French defender plays such a huge role because of his ability to not just orchestrate the defense, but also because of his nose for the ball on set-pieces. Whether it be his game-winning tap-in last year against Gonzaga, or his header in UCSB’s exhibition win over Westmont last weekend, Taieb’s physical strength and knack for being in the right place at the right time makes him one of the most dangerous players on the field when it’s time for a free kick. His production has made it possible for UCSB to almost depend on set-pieces as the primary form of goal-scoring however, which is an issue I’ll get back to a little later on.

Moving to the middle of the field, fellow transfer Candia has developed into one of the top playmakers in the entire conference.

Candia’s seven assists led the Big West last year and he has the sole assist of this season for the Gauchos in their win against the Warriors. The Parisian midfielder has been a mastermind on offense for UCSB, earning a Big West Player of the Week award last season and notching a game-winning goal against UC Davis as well. He’s usually all over the attacking third, mixing curled long balls with quick through passes that keep the defense on their feet. He is also the free-kick taker for the Gauchos, who as I mentioned before are one of if not the most lethal teams in the Big West.

Lastly, star forward Michael has re-energized and added a new dimension to UCSB’s offense. While his accolades (2018 All-Big West First Team, 2018 All-Far West Region Team, and 2017 Big West Freshman of the Year, to name a few) speak for themselves, you really don’t understand just how quick and skilled Michael is until you see it with your own eyes. The junior commands a double team in almost every game, and still manages to burst through the backline and score, as evidenced by his team-leading 17 goals last season. The pressure he puts on defenses is unlike any other player in the conference, and he is the key piece that makes this team run.

These three players are certainly invaluable to the Gauchos, but they’re not the only big names on the team. Reigning Co-Big West Freshman of the Year Ben Roach, who is a wall of a goalkeeper; senior defender Noah Billingsley, who anchors the defense; and senior forward Sahid Conteh, who both playmakes and finishes at an elite level are just a few examples of other players who will be essential to success in the upcoming season.

As a team, the Gauchos will have to get over some of the hurdles that haunted them all of last season. As mentioned earlier, UCSB’s overreliance on set-pieces to produce goals extremely limited their goal-scoring ability. Far too often last year the team would get out into transition, or string together nice passes in the midfield for it to just fizzle out as they reached the attacking third. They lost four games by the score of 1-0 last season, which is unacceptable when putting out the amount of offensive talent that they do on the field. It also cheapens the impact of the amazing defense and goalkeeping that they consistently play night in and night out, and allows teams to stick around that they should beat handily.

UCSB will also have to make sure to maintain their composure as the season goes on. They received five yellow cards and a red already in their exhibition match against Westmont, and they just can’t afford to shoot themselves in the foot because of their temper. Finding that middle ground between playing with passion and losing control can be difficult, but the Gauchos will need to keep it cool in order to get far.

This next stretch of non-conference games, including matchups against big teams such as Virginia Tech, UC Berkeley and Gonzaga, will give UCSB a good opportunity to get back into playing shape and get some positive momentum going into the conference season.

Once Big West play starts, the two Blue-Green Rivalry games against Cal Poly, which they play at Harder Stadium on Oct. 5 and Alex G. Spanos Stadium on Nov. 2, will of course be must-watch television. There is always no love lost between these two squads and they typically bring out the best in each other.

Another game to circle on your calendar will be the Gauchos’ matchup with UC Irvine at home on Oct. 19. The reigning Big West Champion Anteaters are the only team in the conference to be voted into the Top 25 by the United Soccer Coaches Preseason Poll, and will give UCSB a great opportunity to measure themselves against some of the top talent in the country.