Every summer, parents of future Gauchos are invited to attend orientation programs that help them learn more about UC Santa Barbara and the experience the school offers its students – but for parents who could not speak English or preferred to speak in another language, options in previous years were limited. 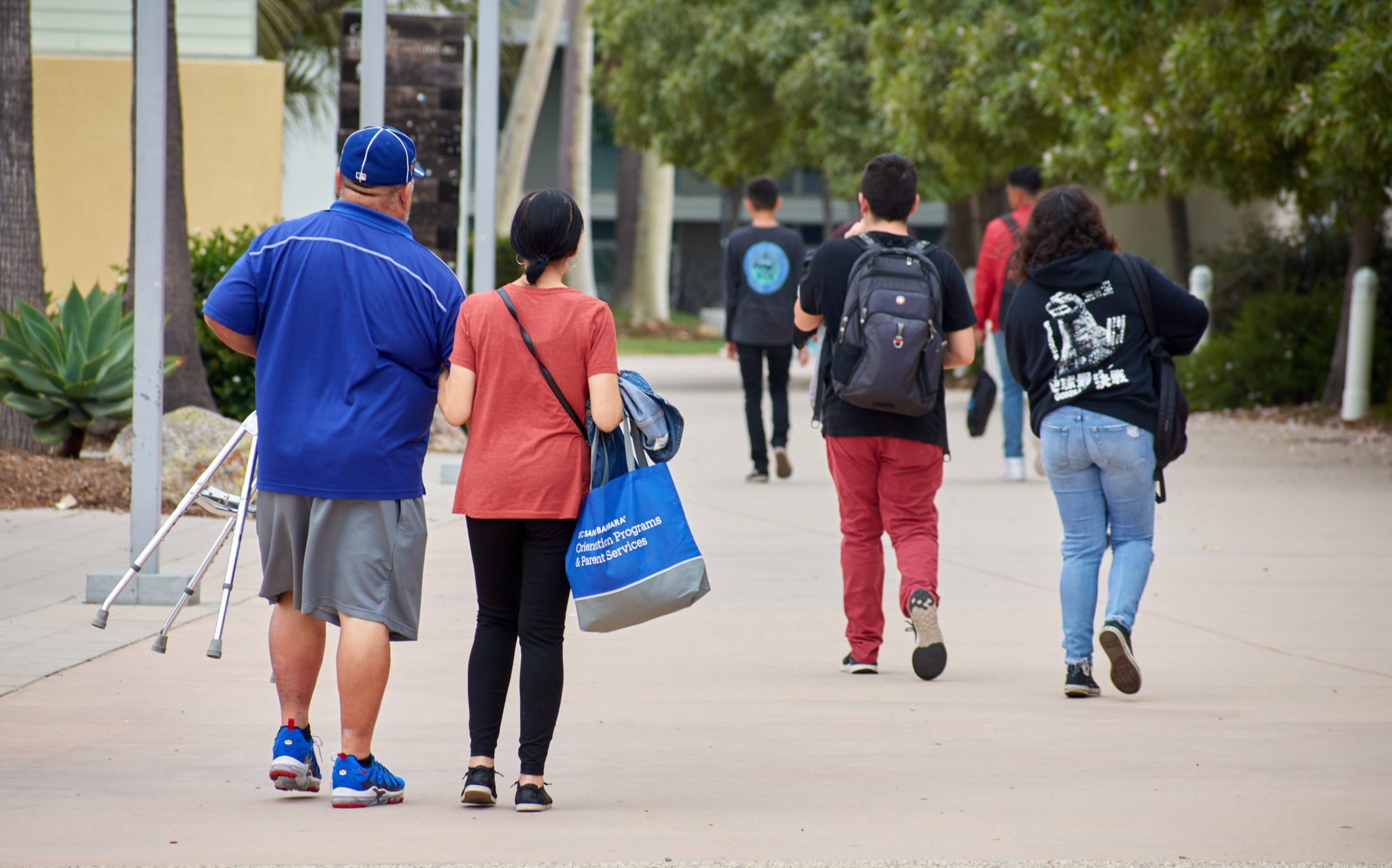 Orientation staffers like Parent Liaison Melissa Medina were able to reach out to Spanish-speaking parents on the first day of orientation sessions to let them know of the new program. Ida Kazerani / Daily Nexus

But for the first time, this summer’s batch of orientation programs presented nearly all of the workshops in both English and Spanish. According to Stephany Romero, assistant director of UCSB Orientation Programs & Parent Services, the change came about after she recognized the demand for the full program in Spanish and got to work recruiting department representatives for Spanish workshops.

Romero assembled the Orientation for Spanish-Speaking Parents Committee with colleagues from various departments, such as the Educational Opportunity Program (EOP) and the College of Letters and Science, and began the task of translating.

“We were able to translate a lot of the material that is already in our English orientation into Spanish and quickly find presenters from those offices to do those presentations,” she said.

The quick turnaround necessary for the program, along with the task of translating, did not give the Orientation Programs office the opportunity for as much outreach to parents and students as they had hoped, Romero said.

However, she believes the program was still a great success this summer.

“Considering we didn’t advertise a lot, we got a pretty good turnout,” she said.

In fact, orientation staffers like Parent Liaison Melissa Medina were able to reach out to Spanish-speaking parents on the first day of orientation sessions to let them know of the new program.

“A lot of those parents actually didn’t know there was a Spanish parent orientation program and would come hoping they would just be able to understand something off of the English one,” Medina said.

“They were so relieved when we approached them and let them know.”

Medina, a fourth-year sociology and comparative literature double major, enjoyed working directly with the Spanish-speaking parents for most of the two-day sessions, as she could personally relate to their questions and concerns for their new students.

“As a [first-generation student] from immigrant parents, I was able to give them my experiences of what it’s like being a student in the university,” she said. “I think that really helped them feel more comfortable with their students coming.”

One of the goals of parent orientation is to encourage students and parents to create an open line of communication about academics, Medina said. Giving Spanish-speaking parents this same opportunity is equally as important, she added.

“I would give parents genuine stories of things I wish I would’ve been able to speak more to my parents about,” Medina said.

The transition to college can be especially hard for first-generation students and their parents if they have no experience with universities, Medina emphasized. She said something as simple as giving Spanish-speaking parents a translated list of campus resources helps them feel more comfortable about the university their children are attending.

“What a lot of us don’t realize is the university is such a foreign space for people who haven’t experienced it, and it can seem very intimidating… I know now that if these parents have information, they’re able to support their students and be here for them, provide them with resources and answers and let them know they belong here.”

The importance of the program is personal for Romero as well, who, as a first-generation alumna of UCSB, has a background similar to those of the students she helps with the Spanish parent orientations.

“I came to this school, and I was also [first-generation],” she said. “And I know that if my mom had known some of the information that we have provided to our parents now, my experience here would have been 100% different because I would have had the proper support.”

Romero said this program will allow Spanish-speaking parents to support their students in ways that other parents have already had the opportunity to; parents now have knowledge of campus resources to be able to answer questions that students might have regarding academics because they had the opportunity to communicate with department representatives directly at orientation, according to Romero.

“For me, it’s a major deal they get the same information the other parents are getting so that they’re as well informed,” she said.

Medina said she and her co-workers also received a lot of support from staff of the English-speaking program, who along with other UCSB staff were excited to see the Spanish events taking place and “would always hang around or peep into the presentation[s].”

With the translated material established and ready to go for future summers, the program aims to expand advertising efforts and add more department presentations to its schedule and possibly even work with the other UC campuses and their orientation programs, according to Romero.

“Anytime I see a parent, I envision my mom and the happiness she would get to not only be given information, but to be seen as a normal human being, not just some foreign person,” Romero said.

“They are present, they also need help and they are also parents trying to support their child.”