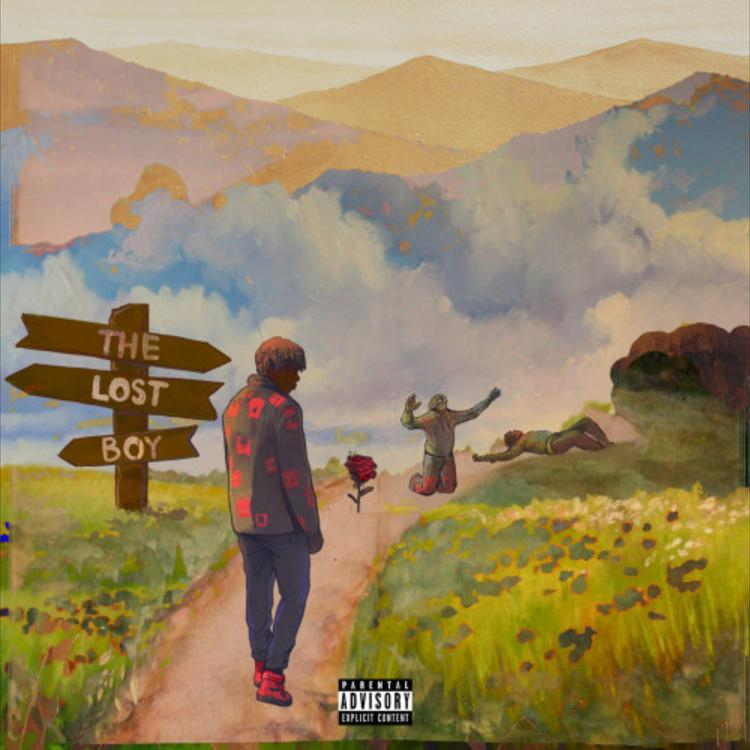 As the genre of rap is constantly evolving, different types of rappers emerge like mumble rappers. YBN Cordae is one of those rappers to combine both lyrical and mumble rap to compose stories about women and his family, demonstrating his ability to integrate different aspects of rap into his music. He somehow embodies many older legendary rappers while still remaining characteristically similar to newer mumble rappers.

YBN Cordae’s new album, “The Lost Boy,” shows his great mastery of music in a slightly different sector of rap than that of YBN Nahmir or YBN Almighty Jay, as his focus seems to be placed on lyrical formation over the more mumble-y rap of the others — it’s almost a little surprising that he’s even a part of the YBN group. However, this album shows that he can be, and is, a hugely successful solo rapper despite the growing popularity of the collective.

Stylistically, each song is a little different from the last. The album begins with the slow “Wintertime,” in which Cordae talks about his insecurities and the uphill battle he faces in becoming a young rapper, all over a beautiful saxophone beat.

Suddenly, a few songs later, he displays his enthralling singing range on “Sweet Lawd,” a Chance the Rapper “Coloring Book”-type song. And then, of course, Chance the Rapper himself comes on in “Bad Idea,” a song that sounds more acid rap-like, with a slow, mellow beat and clever lyrics, bringing back the old Chance we all love. Cordae complements Chance extremely well with his smooth vocals over the sweet beat and raspy sound that both rappers possess.

It’s interesting how Cordae combines very genuine lyrics and important societal topics and offsets them with responses stated in the most not serious way possible. For example, in the song “Thousand Words,” he talks about the false reality of social media and the problems behind a screen, saying, “But no amount of likes can heal up all this pain that I’m feeling,” but then continues the verse saying, “Sittin’ on this phone for hours, feel my brain getting rotten/But I can give a fuck less, dawg, a ni**a is poppin’/All these bitches that’s flockin’, shit, a ni**a got options.” He offsets his genuine tone about important topics with casual responses, a way of keeping his rap grounded to the masculinity it usually entails.

Then comes the best song on the album —“RNP,” which shows Cordae’s ability to keep up with the revered Anderson .Paak and the contrasting style, as this song is very different from previous ones. The back-and-forth raps between Cordae and .Paak is truly incredible and shows that Cordae can easily keep up with rap legends.

Both across and within songs, the style constantly changes; he goes hard on “Broke as Fuck,” where immediately it sounds like another loud and trappy song, but then surprisingly slows down as he starts talking about his struggles of being a black male and dealing with mental issues. The way Cordae slows down this song shows how rappers are expected to be tough and hard, as the style of the song begins. However, as he begins talking about his struggles and mental health issues, the pace instantly changes and shows how rappers face these kinds of struggles despite being in a world of toxic masculinity.

“Grandma’s House” is a very different song in the album; you definitely hear the narrative at this point through the gospel singing about home. This kind of reminds me of a song that would be on Kanye West’s “Late Registration,” with the insane vocals and familial feeling.

One of my favorite songs on the album, “Lost & Found,” is an interesting conclusion and sums up the album very well. It features a soulful beat paired with hard-hitting flow, bars on top of bars, endless love for family and clever rhymes, both serious and not. Cordae somehow combines usual rap topics of women and fashion with others such as family and his opinions on rap culture, even controversially calling “X, the Pac of his time.” Cordae doesn’t care what others think and raps for his own desire to express his opinions and create a platform.

As I’ve constantly compared Cordae’s album to other rappers’ such as Chance and Kanye, this album signifies a huge turning point in his career, as he is becoming a lyrical storyteller through his many different approaches — some beats being soulful while others being hard and powerful. Through this, he talks about his family and mental issues, stylistically similar to how Chance made his start. He takes on this perspective of his predecessors but also combines it with a newer genre of rap, similar to Comethazine, Lil Mosey and Flipp Dinero.

Unlike many new albums nowadays, “The Lost Boy” doesn’t seem to be produced for commercial success, yet it also doesn’t sound like Cordae produced it drunk in his garage in the middle of the night. It also seems effortless, not like he spent every second thinking about each lyric and making it deep enough to be included. Instead, he braids funny, stupid lyrics with some well-thought-out and impactful verses. Ultimately, it’s interesting. Each song is just a little different from the previous, and he tackles on many different perspectives of rap with this new album.