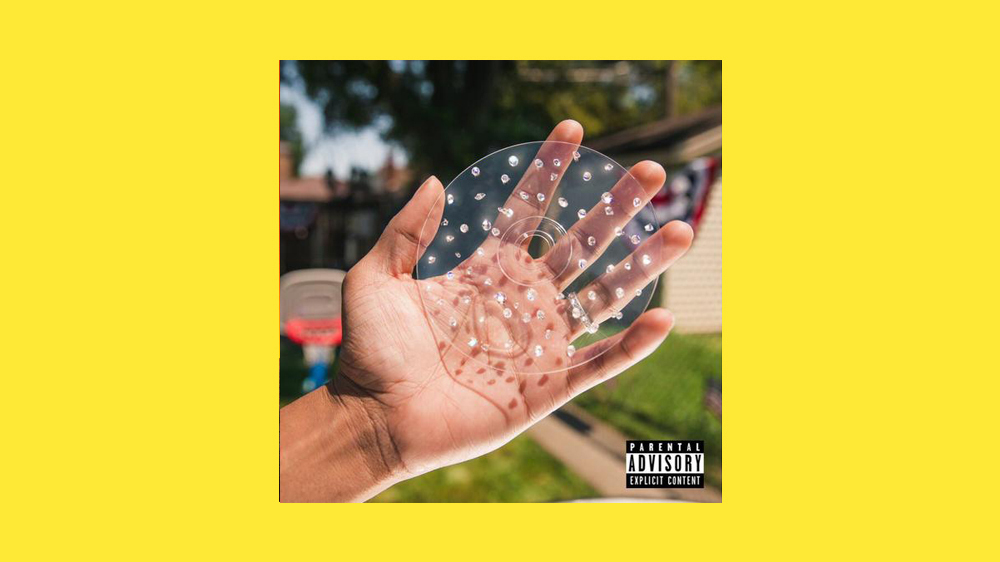 If there’s anyone on the planet that can claim, tongue-in-cheek, a trademark to the words, “And we back!,” it’s probably the gospel-loving rap prodigy from Chi-town. Backed with his signature jazzy piano, saxophone riffs and choir vocals, Chance the Rapper delivered another uplifting and soulful album that will please fans and critics alike.

Is this Chance’s debut album? Well, sort of. He came into the game with three massively successful mixtapes, all of which were released for free to the public with him only making money off touring and selling merch. The first was the hilarious and touching “10 Day,” a tribute to the 10-day suspension he received for being caught with weed in high school. His next project, “Acid Rap,” was a game changer, with Chance addressing topics of drug addiction, losing friends to Chicago’s brutal streets and using music to cope with the harsh, unforgiving reality of being a black Chicagoan. This touching and sharply intelligent mixtape thrust him into the spotlight as one of Chicago’s newest and most unique MCs. He then proceeded to release the beautiful gospel-rap masterpiece, “Coloring Book,” a thoughtful and uplifting record that affirmed his Christian faith. Built on themes of family, community and love for one another, “Coloring Book” also went on to win a Grammy award for Best Rap Album.

“The Big Day,” Chance’s latest album, follows up “Coloring Book” with yet another victory lap, designed to make everyone from your daughter to your grandpa smile and run out onto the dance floor. It’s a story of Chance’s wedding, telling the tale of a newly-married 27-year-old and a proud father transitioning to family life and dedicating himself to improving Chicago. It’s not as thematically cohesive or consistent as his previous works, as it feels less like an artistic statement and more like a wedding photo album. Nevertheless, it makes you smile enough to let that go.

The album opens strong with “All Day Long,” a cheerful and hilarious track (backed by fantastic John Legend vocals) that sets the themes of the album: Chance’s fame, his family life and his love for his community. This is followed by the beautiful “Do You Remember,” a nostalgic ode to the endless childhood summers in which Chance reminisces over the journey he’s taken to get here. Once again, Chance delivers witty, hard-hitting lyricism backed by the vocals of the talented Benjamin Gibbard. The track feels like something straight out of Lupe Fiasco’s playbook: great lyricsm backed by star-studded background vocals (not surprising given that they both hail from Chicago and Lupe is a legend).

This project also does a great job of highlighting Chance’s versatility as a rapper. In this album, he bounces through the jazzy opening track with an energetic and crazy flow then slows it down for tracks like “Eternal” and “Hot Shower.” His ability to use his voice and personality to command the vibe of any song has always been impressive, and it’s clear he’s aware of how talented he is.

Chance is probably the only rapper ever to be this famous before his major label debut. If you look at the biggest hip-hop stars of today and yesterday, from Drake to Jay-Z to Kanye West to Kendrick Lamar, it’s hard to think of any that attained Chance’s level of fame before their major label debut. Chance handles his popularity with grace and a sense of humor, often cracking jokes and framing his social appeal as a deep bond with his fans and community rather than an all-encompassing fame-worship.

While I enjoyed the message of this album and really like Chance as a person, I can’t help but feel that he’s lost some of the focus that made some of his earlier projects work so well. The thematic focus is fairly narrow, and that’s OK, but making the album 22 songs long seems excessive. In the era of streaming, the idea of an absurdly long tracklist seems to be commonplace, resulting in some tracks, such as “Ballin Flossin’” and “Slide Around,” being weaker and a little less effective than they could be.

Overall, this is a pretty solid album by Chance. Thematically, it doesn’t quite match up to the genius of “Coloring Book” or the hard-hitting honestly of “Acid Rap,” but it still stands on its own as a rite of passage for Chance into a new life of fatherhood, marriage and dedication. He succeeds in making an album that you can play in the car with your parents, play at your wedding reception or just vibe to as you cruise down the highway and think about life. It has something for everyone, and Chance doesn’t let his fans down in delivering music that is  funny, lighthearted and delightful, even if it isn’t quite Grammy-caliber material.

7.5/10 – An enjoyable and funny listen not to be taken too seriously.