Sea urchins, much maligned throughout the California coast for destroying kelp forests, might not be quite the pests that they appear to be. 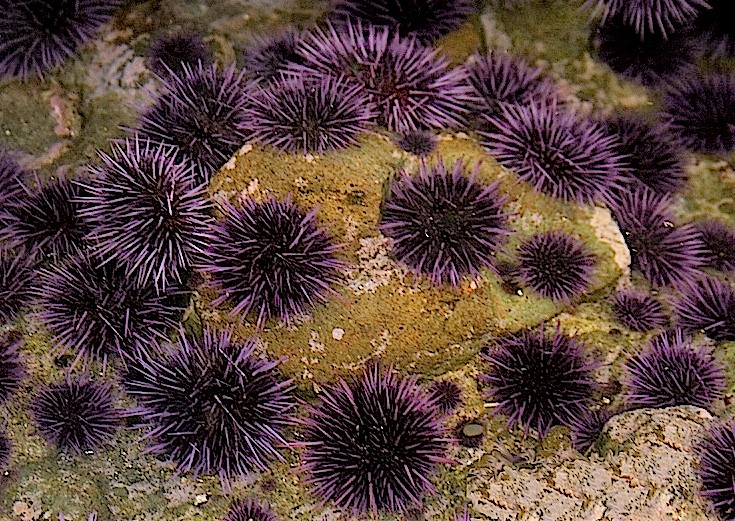 Documented in a paper published in the Proceedings of the Royal Society B, researchers with UCSB’s Marine Science Institute (MSI), led by postdoctoral scholar Christie Yorke, have found that urchins have a beneficial role in the circulation of smaller particles throughout the kelp forest ecosystem: acting as shredders, processing coarse organic matter for other detritivores and retaining this resource in the living system.

“There were some existing papers suggesting that urchin feces had a relatively high caloric content relative to fresh kelp. There were these novel compounds present in urchin feces that maybe weren’t present in fresh kelp, suggesting that they could be a valuable food source to reef consumers, but there was nobody actually showing that that pathway existed,” Yorke said.

In 2015, Yorke began designing an experiment to support or disprove the existence of this pathway. By labeling kelp with heavy stable isotopes, carbon-13 and nitrogen-15 specifically, and tracing the movement of these isotopes throughout the food web, she and her collaborators were able to gauge how much of an impact urchins had on their ecosystems.

“We fed this kelp to urchins, and we had these tanks with a presence or absence of urchins and kelp in them. We were able to trace that level through other invertebrate communities that were in spaces that were in the tank,” Yorke said.

They found that the movement of these isotopes from one trophic level to another was to a large degree contingent on the presence of urchins.

In environments with more urchins present, there was a much higher percentage of labeled kelp which had been digested.

“A lot of these animals that live on the seafloor and kelp forests are unable to use kelp unless it’s been processed by urchins. They can’t just use kelp that’s not naturally degrading on the floor. They’re able to utilize it better when urchins are present,” Yorke said.

Urchins, being inefficient digesters, have a twofold effect, breaking down kelp into more manageable components for detritivores and having a gut microbiome which synthesizes essential nutrients not present in undigested kelp.

The most common recipients of urchin-processed kelp included brittle stars and other more active feeders.

“Sea stars and really active barnacles that might live on reefs that are kind of actively filtering larger particles out of the water, and anything that’s kind of in the sediments and feeding from the sediments themselves, is most likely to benefit from the presence of urchins,” Yorke explained. 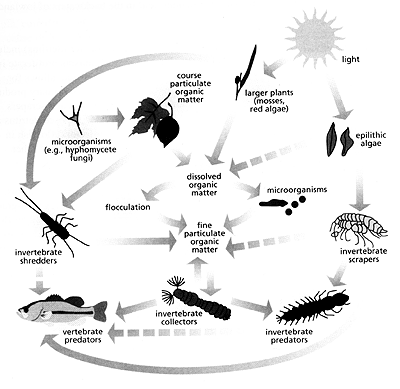 An illustrated example of shredders in a stream ecosystem, which inspired Yorke to study shredders in marine ecosystems. / Courtesy of Christie Yorke

Yorke was inspired by scientific literature she encountered which examined the benefits of shredders on stream environments and wanted to explore this concept through the lens of marine life.

“I hadn’t been able to find anyone looking at that concept in marine systems. They are a lot more difficult to study. Streams have like this linear flow, right. You can easily see the differences from one end to the other, whereas marine systems have these complex flow regimes, and it’s [a] more three-dimensional, chaotic environment. It was just a matter of figuring out an experiment to where I could look at that,” Yorke said.

Outside of these lab experiments, the researchers made use of long term data from the Santa Barbara Coastal Long Term Ecological Research Project to further support their hypothesis.

“We looked at urchin biomass and leaf litter availability in kelp biomass over time, a period of about 11 years, to show along with our measured lab feeding rates that urchins are abundant and present within kelp forests,” Yorke stated.

“Based on these feeding rates and the fact that litter is not limiting, urchins are producing enough feces and shredded kelp to provide a meaningful food source for reef communities when compared to other potential sources of foods such as phytoplankton, other detritus and other benthic algae.”

Knowing this, Yorke argues that perhaps it is a good idea to reexamine how urchins are dealt with and treated by conservationists.

“The logical next step is to question whether or not management practices such as smashing sea urchins are, are based in science,” Yorke said.

“I think we need to do more work to understand the whole view of the kelp forest ecosystem and the roles that different species play in them before we try to actively manage systems by culling urchins or other animals that we feel might be harmful for kelp forests.”

I wish there were more articles in the Nexus about amazing stuff like this, instead of the daily articles about professional victims and protestors.