The Daily Nexus
News
Anthropology Professor Celebrates 32nd Consecutive Summer Traveling Across the World to Teach at UCSB
July 27, 2019 at 9:00 am by Alex Bumpers

As it turns out, the lady in the airport wasn’t a sex worker. She was just being courteous. But UC Santa Barbara anthropology professor Manasendu Kundu didn’t realize this initially.

“How naïve I was ⁠— how different American culture was from Indian culture,” he said, recounting how, following his arrival to the United States from India in 1982, he had reacted to a woman in the airport who smiled at him in passing.

“I got confused. In my country, unknown men and women do not smile at each other. In certain quarters of my city, there are women who look at men and smile to have them as their customers,” he said. 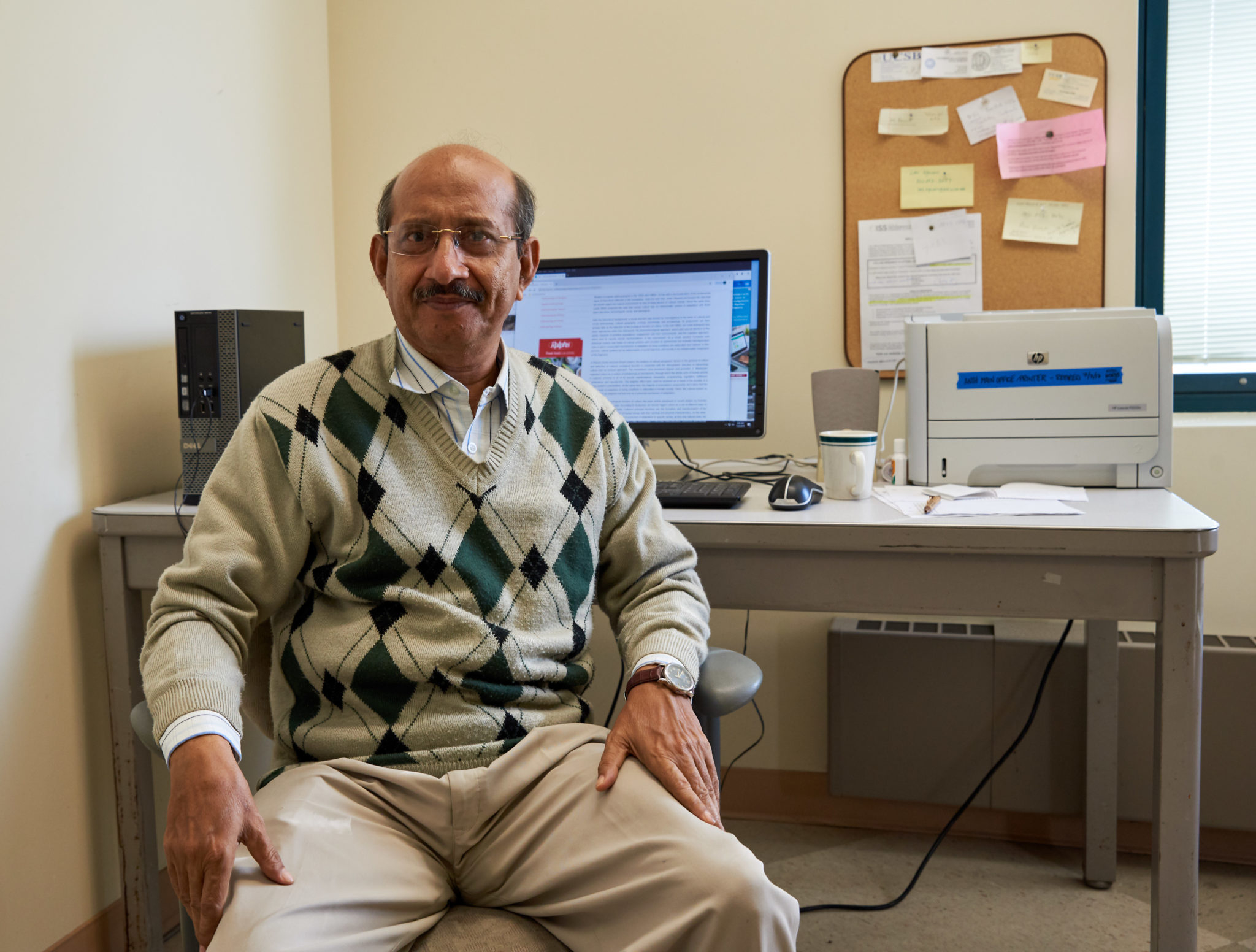 After arriving in Santa Barbara, Kundu realized he had misunderstood the gesture and felt bad about his crude reaction.

Today, he continues to joke with his students, asking them whether they know a woman in her mid-50s who seems to dislike India.

“If you know a woman like this, let me know, because it is probably her, and I will send a bouquet of flowers and chocolate as an apology for my reaction,” he laughs.

Kundu’s journey from India to UCSB began in 1980, after he read an article in an Indian newspaper written by an American political science professor that was highly critical of the Indian government. Kundu wrote a scathing response, and, not knowing what to do with his paper, began sending it to various professors at several American universities.

To his surprise, some professors got back to him and liked what he had written. At the end of a reply, one professor even invited Kundu to apply for graduate school and study under him in the United States.

That professor was Mattison Mines, who taught anthropology at UCSB from 1970 to 2005.

“I pinched myself,” Kundu said, recalling the invitation from Mines. “He is my guru.”

When Kundu arrived in Santa Barbara for graduate school in 1982, he was primarily interested in the modernization of agriculture, population studies and the Green Revolution in India.

It wasn’t until Kundu was fully immersed in the environmental studies circles at UCSB that he began to see the darker sides of what he was studying — how human behavior and modern agriculture were negatively affecting the environment.

“[Mankind’s] connection to environmental degradation … I had no idea until I came here. At the time, that conversation was not happening in India. Everyone was still thinking of how good the Green Revolution was, thinking they had found the solution,” Kundu said.

In the late 1980s, nearing the completion of his Ph.D., Kundu applied for a lecturer position in the environmental studies department and was subsequently accepted. However, he realized that he hadn’t quite considered the dilemma of whether to return to India or stay in the United States.

“I had no interest in leaving India permanently. My parents were there, my in-laws, my wife. But I couldn’t leave Santa Barbara either. I fell in love. It is this lifelong love with this campus, its students, its faculty members.”

To resolve his problem, Kundu worked out a deal with the department to teach only a couple quarters a year, eventually transitioning to only teaching in the summer.

Kundu’s first official quarter teaching at UCSB was the winter of 1988. He hasn’t stopped since.

This summer marks his 32nd consecutive year of returning to Santa Barbara from India to teach both environmental studies and anthropology classes including Environmental Studies 132: Human Behavior and Global Environment and Anthropology 148: Ecological Anthropology.

Kundu’s interest in anthropology and the environment began in ninth grade after he attended a village boarding school.

“There, I came to know the villagers, the farmers. I was born in a city and I had never seen a paddy field before,” Kundu said. “I noticed that these families had a different culture, and I became interested in their lives, the farmers’ lives. It made a deep impact on me.”

Kundu was one of the early scholars to approach environmental studies from an anthropological perspective, looking at how the development of human societies and cultures is affecting the environment today.

Kundu wants students to understand that “our own consumption is at the root of the environmental crisis,” noting that during a flight from Japan to the U.S., he received a bottle of water from the Swiss Alps. He lamented the use of resources required to bring the water from Switzerland to Japan.

“What is the purpose? Was there water scarcity in Japan? I did some research, and no, there’s no water scarcity. The airline wanted to show that they cared about us or something like that. Yet what is the impact? Unless we understand this, we will not be able to change it. Technology is only part of the solution. We need a behavioral solution as well. A change in perspective. That is my key message for students.”

“When he talked about being one of the first people to actually consider putting environmental studies and anthropology together… I didn’t even think of putting those two together. I hope that more people taking his classes decide to pursue environmental anthropology,” Perez said.

“I think it’s awesome that he travels the world for this, and I wish more people had the opportunity to take his courses.”

Though Kundu is grateful for his unique career, it is not without downsides.

“When you have two homes, you are always homesick,” Kundu said. While in Santa Barbara, it is hard not to miss his wife and family in India. However, he said that friends like Debjani Bhattacharya, a financial analyst at UCSB’s Earth Research Institute, help with that.

“Really, wherever you go outside of India, there will be an Indian diaspora. We met here 17 years ago through a group of friends,” Bhattacharya said. It just so happened that the two were born and raised in the same state in India, West Bengal, and attended the same university for their undergraduate studies.

“When we go back to India, we visit each other’s families, and we have become family friends.”

The two friends, along with other colleagues, like to get together to cook traditional Indian meals and take walks on Del Playa Drive. Once, during an evening Del Playa walk, some students approached their group and asked Kundu if he was the chancellor of UCSB.

Without skipping a beat, Kundu replied, “Not yet.”

As for what the future holds for Kundu, he welcomes more of the same.

“Teaching is my religion. It’s not just my profession. If I wished, I could retire, but I’m not going to retire,” Kundu said.

Correction [7/28]: A previous version of this article said that Kundu was a full faculty member in the Department of Anthropology. Kundu works as a lecturer during summer sessions.