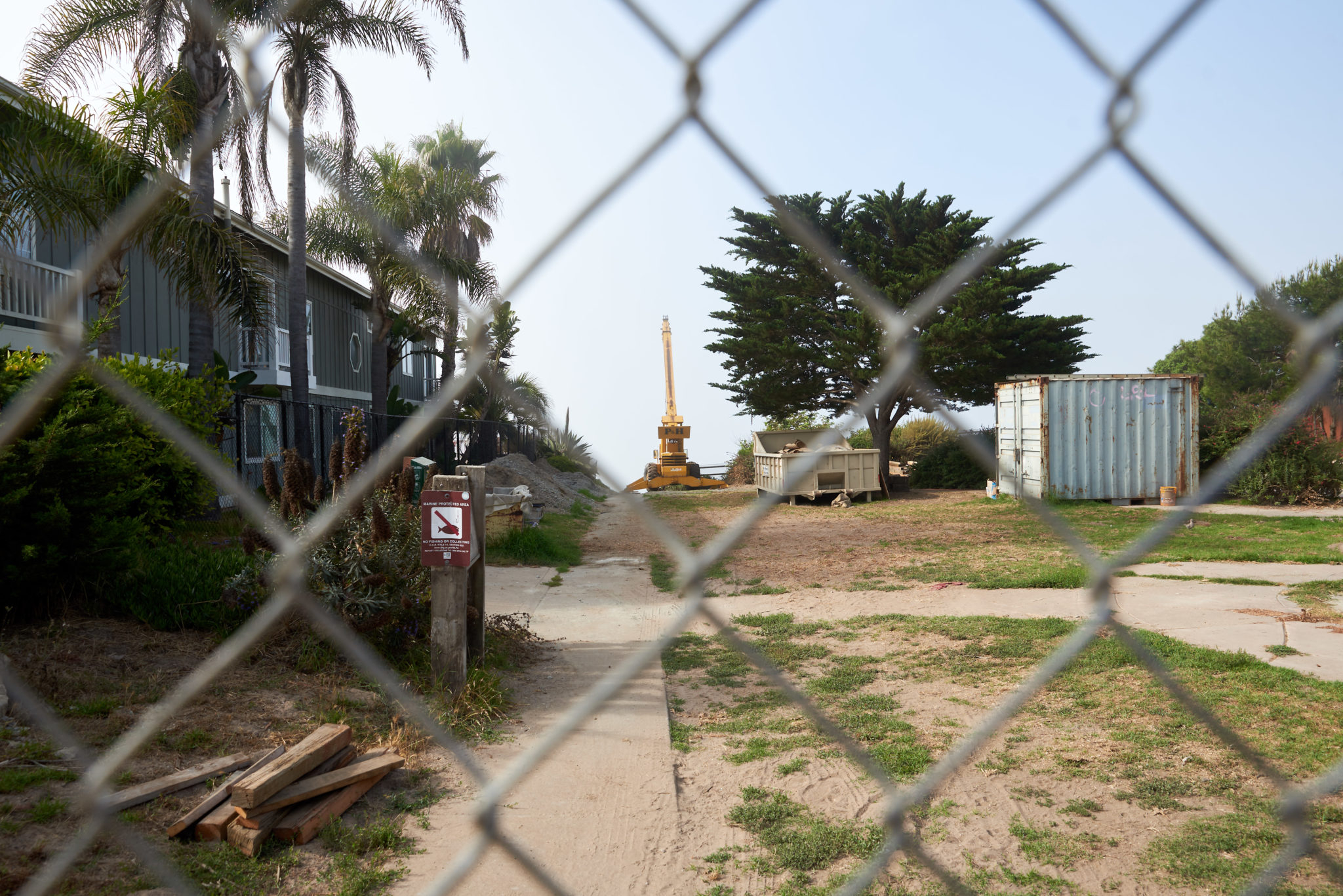 The project began in early June with an estimated cost of $734,000. Siavash Ghadiri / Daily Nexus

The past two winter seasons and large amounts of cliff erosion from previous years have deteriorated the supporting structure of the stairs, according to Lindgren. He added that there “was nothing actually wrong with the park” but that it was closed to allow for construction on the staircase.

“The beach access staircase was damaged from exposure to the sea and wave action over the years and particularly the stronger storms and swells from the last two winters,” he said.

Camino Pescadero Park, at the intersection of Camino Pescadero and Del Playa Drive, gives I.V. residents and visitors access to I.V.’s sandy shores through its beach access stairway. But the typically busy walkway for beachgoers is now surrounded by a wire fence and a sign stating “Beach Access Closed.”

The project is funded by a grant from the Community Development Block, money allocated toward deferred maintenance within the Santa Barbara County budget, as well as $10,000 from UCSB’s Coastal Fund. The Coastal Fund is a student-created and funded project that offers funding for proposals that seek restoration, preservation, access or educational projects for the coastal habitats of the University, according to the fund’s website.

UCSB is also supporting the county during this reconstruction by allowing county vehicles access to UCSB’s beach to reach the construction area, according to Lindgren.

Santa Barbara County previously revamped three of the five coastal access stairs, most recently in 2007, with each taking four months to complete, the Nexus reported in 2007. The 2007 repairs replaced the entire structure of the wooden stairs, with additional stainless steel at the bottom, and handrails running along the entire staircase.

I.V. beach goers can still access Camino Pescadero beach through the stairs at other locations such as El Embarcadero and Camino Del Sur beach access.