The Daily Nexus
News
Driver Suspected Of Friday Night DP Property Damage Turns Himself In
July 15, 2019 at 11:04 am by Evelyn Spence

The suspected driver of the 2006 black Nissan Altima that rammed into a house and several cars late Friday night turned himself in to the police on Saturday, according to Santa Barbara California Highway Patrol spokesperson Jonathan Gutierrez. 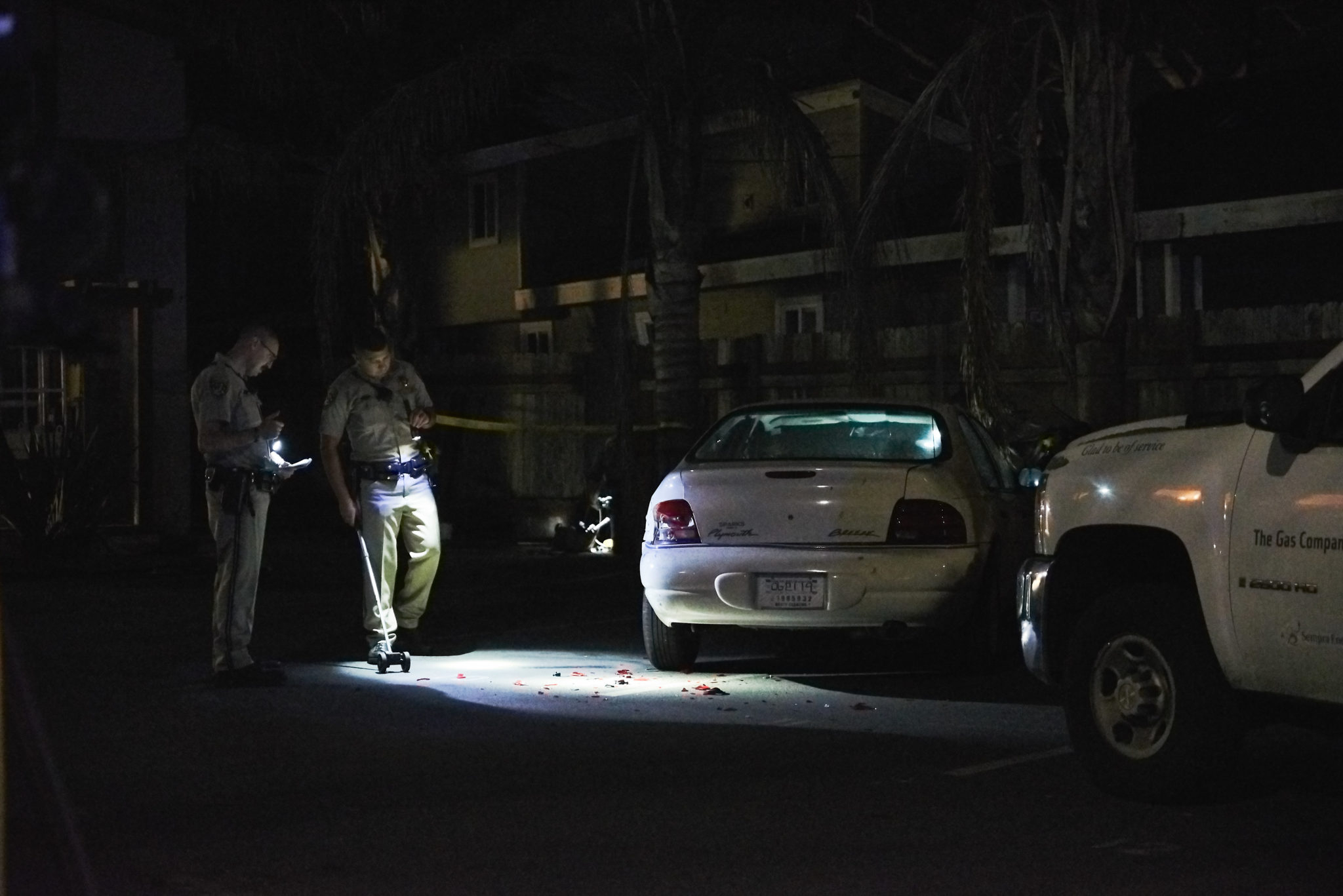 The driver rammed into four cars and the side of a house on Friday night. Siavash Ghadiri / Daily Nexus

The alleged driver, 18-year-old Danyale Guy Jr., turned himself in to highway patrol just after 5 p.m. on Saturday after making contact with the Santa Barbara County Public Defender’s Office earlier that day, Gutierrez said in a press release sent out early Monday.

Guy was booked on charges of assault with a deadly weapon and vandalism. His bail is set at $30,000 and he is still in custody as of 10 a.m. Monday.

Police custody records list his occupation as a student. He is not enrolled at UC Santa Barbara, according to school records.

While driving a 2006 black Nissan Altima, Guy allegedly rammed into a house and four cars on the 67 block of Del Playa Drive around 9 p.m. Friday in a suspected drunk driving experience. He damaged a fence, gas and water lines and caused minor injuries to one pedestrian, police said.

Residents of the Del Playa property claimed he had been stalking them in the days prior to the Friday night incident, the Nexus reported.

The car was found abandoned on the corner of Camino Pescadero and El Greco Road less than an hour after the incident occurred. Police towed the vehicle after searching it.