The Daily Nexus
News
CSD Discusses Possibility of Bookmobile, Library Branch in I.V.
June 29, 2019 at 11:21 am by Arturo Martinez Rivera

On Tuesday night, the I.V. Community Services District meeting saw discussion between the board and three staff members from the Goleta Valley Library about the possibility of library services in Isla Vista, a move the board stressed as necessary for the I.V. community. 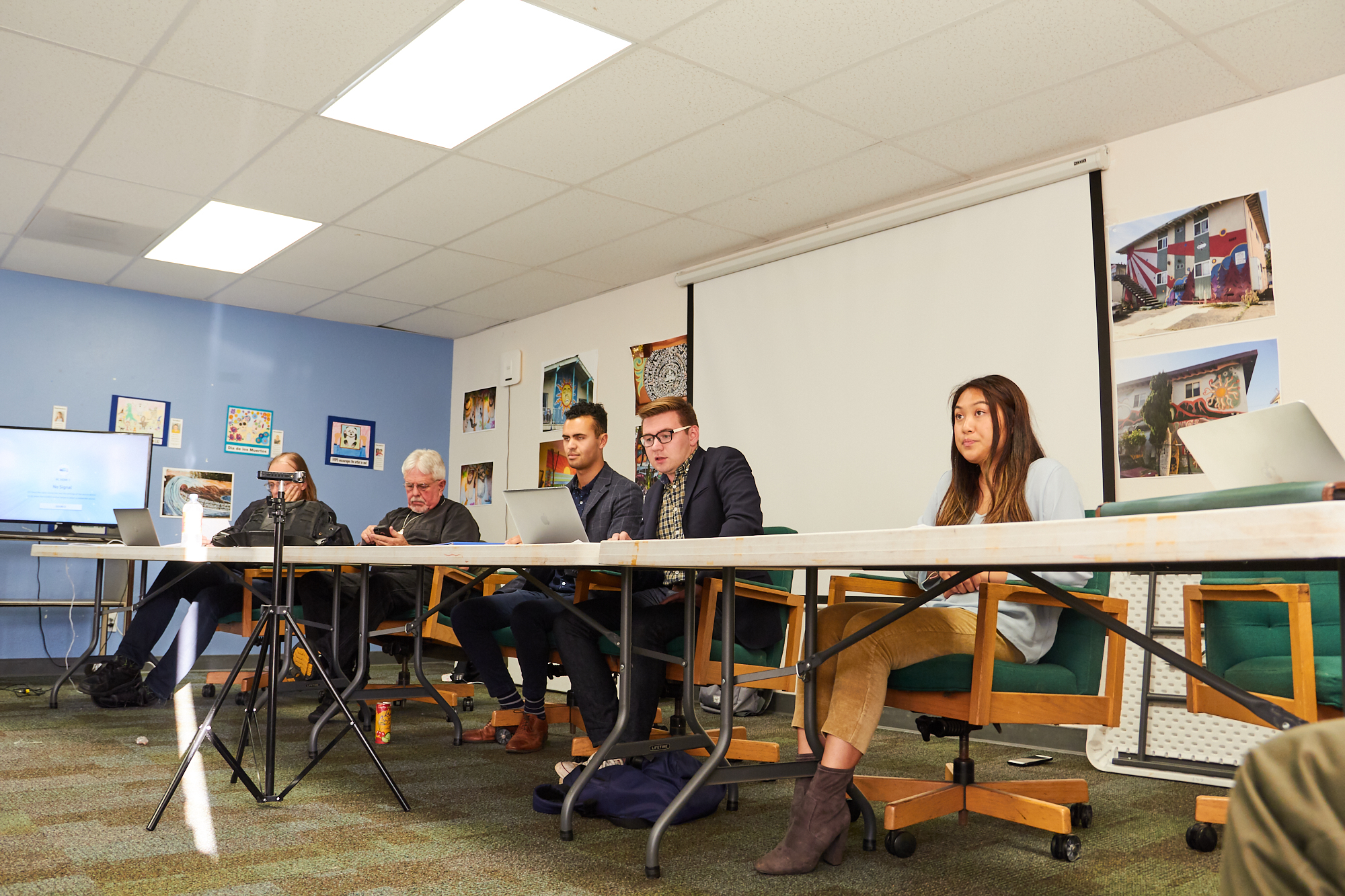 The discussion stems from a larger public assessment of library needs the Goleta Valley Library is currently conducting. The branch received a grant from the Harwood Institute for Public Innovation in the summer 2018 to help gather data on library needs for Zone 4 — a library service area that includes Goleta and I.V., according to library technician Marie Crusinberry.

“We’re here to have a conversation to better understand your aspirations for the community,” Crusinberry told the Isla Vista Community Services District (I.V. CSD) Board of Directors.

Crusinberry began by asking the directors what they would want for I.V., bringing up the idea of a local branch in the community.

Director Ethan Bertrand stressed the importance of children’s programs for I.V., along with language access programs, which provide translation and interpretation services, and technology access programs.

Director Kristie Nguyen and Board President Spencer Brandt both suggested library service ideas geared toward college students. While Nguyen proposed extended hours at the Goleta Valley Library during exam weeks to give students another study space, Brandt spoke about possibly increasing the number of common college textbooks and course reserves for students.

“Let’s say it’s a biology class or that you’ve got 700 people in this lecture hall. It’d be great to keep some reserves of those types of textbooks and make those accessible to students,” Brandt said.

“I think that that really will help in terms of making the project a success by bringing the college students in and having that community atmosphere that’s all inclusive.”

Vice President Robert Geis raised his concerns over the divide between I.V.’s youth and the Goleta Valley Library, citing the physical distance between the two as a problem.

“The library’s really important to those young kids, so how do we get either library services here or get [kids to a library]? My idea is to get them to the library,” Geis said.

Crusinberry recommended three possible initiatives to get the I.V. community involved in the Goleta Valley Library: a bookmobile, a branch in I.V. or a direct bus shuttle connecting I.V. and the library.

A bookmobile would be able to bring books directly to I.V. This would allow people to check out or return books easily, without having to go to the library — something that Crusinberry suggested when addressing Director Jay Freeman’s idea for a book drop-off in Isla Vista.

The library has not had a bookmobile since its former one was sold years ago, according to Crusinberry. However, she says the option has resurfaced and is being discussed again.

While a library branch in I.V. was highly supported, it was seen as a long-term project with obstacles. Director Bertrand did note that the opening of the Isla Vista Community Center in August might be able to provide a space for library programs but the bookmobile and bus shuttle were seen as more immediate solutions to bring library services into I.V.

The board seemed to favor a direct bus shuttle from I.V. to the library in collaboration with the Santa Barbara Metropolitan Transit District (SBMTD). Director Bertrand stated that a shuttle to the library will be something he plans to address with SBMTD at a later date.

“We’re just trying to learn and get information because there has been talk about the underserved in I.V. But we need to understand what that means. You can’t just say, ‘Well, we want a library.’ There’s a lot as far as what you want,” Crusinberry said.

“We need to make sure that we have our data that shows what we should be doing with our money that we have.”