The Daily Nexus
Virtual Reality
Should Past Mistakes Define a Person’s Future?
June 28, 2019 at 12:47 am by Joshen Mantai

In our day and age, it seems young adults are under a microscope when it comes to defining their future success. Businesses, universities and employers all share a vision that does not readily accept young members of society who are deemed to hold socially unacceptable views. This makes it hard for young adults, especially those who have a large social platform, to hide the evolution of their opinions and past mistakes.

Recently, several news stories seem to have arisen in relation to young people’s past mistakes — whether they are inappropriate comments, ideals or pictures. While adults are quick to jump to the conclusion that we teenagers are solely to blame for sharing these thoughts on our social media platforms in the first place, some of the blame seems to lie in the creation of social media itself — and its dangerous ability to make us feel overly comfortable sharing on what we falsely believe is a private medium.

However, the creation of social media is not the only aspect to which blame can be attributed. 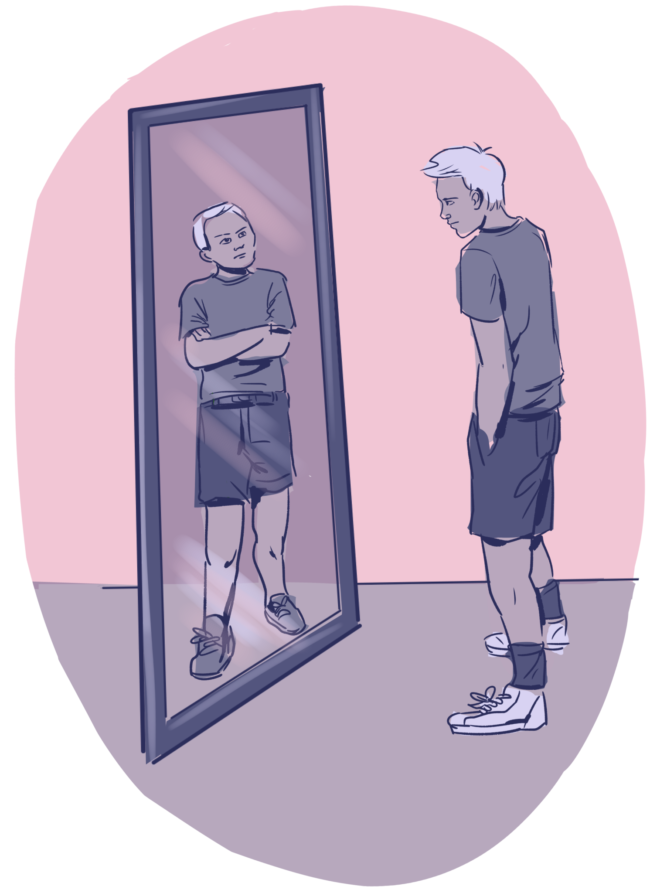 This has been proven recently with the rescindment of Parkland shooting survivor Kyle Kashuv’s admittance to Harvard University after his racist comments from two years ago resurfaced on the original shared Google document with his friends. Kashuv has since apologized on his social media, informing Harvard that he has “grown” since the incident and that the comments were made “in private among equally immature high school students.”

Kashuv’s defensive attitude does demonstrate an important point that many adults in our society fail to recognize: Emerging adults’ brains continue to develop well into their 20s. Many members of our generation willingly recognize our mistakes and grow from them, but Kashuv misses the bigger picture in his apology: Racism is not something that can be simply brushed off as a mistake — it’s a form of serious bigotry. Kashuv’s claim that he has grown from comments made just two years ago is not the best defense. His statement not only ignorantly assumes that most high school students hold the same “immature” views as he did, but it also unfairly equates immaturity to acts of discrimination.

Personally, comparing the opinions and mindsets of my 17-year-old self to those of my 19-year-old self does not reveal much variation — I still hold the same values of acceptance, environmental advocacy, etcetera as I did before. Sure, I have matured over the last two years, but I have maintained the same core values of human decency in recognizing that we’re all humans regardless of the color of our skin.

This is where I think some young adults of our generation go wrong: They brush off problematic dispositions as easily forgivable because others around us shared the same opinions or because these comments were made in “private,” when we are all aware of the traceability of our social media footprint.

At first glance, it may seem like most young adults share the view that our past mistakes should not define our future chances at success, as we all have flaws. But this view should depend not only on the severity of our past mistakes but also on how we go about explaining them to the stakeholders who have the power to decide our futures. Kyle Kashuv failed in both of these areas. Harvard made the right move by standing its ground on rescinding Kashuv’s acceptance. It sends a message to all young adults to wake up and be conscious of the public display of their opinions and conveys that students with racist attitudes should not be accepted into universities.

While this is only prevalently displayed in our media today because Kashuv has such a wide platform, past mistakes can define any student. Harvard has dropped numerous students accused of sexual misconduct, those who have plagiarized and others who have made sexist and racist comments. While Harvard’s revealment of students’ true moral character is honorable, not all students who have exhibited these behaviors have been caught. During my time at UCSB, I’ve heard of students writing notes on their Scantrons prior to exams, seen students using Google on their phones at the end of exams and witnessed racist exchanges and unwanted sexual advances, among other behaviors.

Some of the blame seems to lie in the creation of social media itself — and its dangerous ability to make us feel overly comfortable sharing on what we falsely believe is a private medium.

This brings up the issue of fairness. If students who have been caught cheating have had their admission revoked, what about the rest of the students who are admitted and cheat their whole way through college? Will future employers be able to see through these candidates in a short interview, or will they hire said candidates in the place of someone more deserving? This unfortunately seems like an issue that can only punish those who get caught and serve as a cautious warning to others.

Harvard’s policy on revoking admission also dangerously assumes that issues of plagiarism should be equated to much more serious issues of racism and sexual assault. Cheating on a quiz should not result in the same expulsory punishment as sexual harassment and discrimination. While cheating results in inhibiting one’s own personal success, harrassment and discrimination unequivocally affect others in damaging ways. Therefore, it is not just up to us to hold ourselves accountable. It’s also the job of these institutions to mold a system that ensures fairness and a more in-depth evaluation of all students.

Kashuv’s mistake was a very specific incident that does not shed light on all the problems our generation is tasked with fixing. Recently, more women and female stars have been facing criticism for taking private photos which have leaked, negatively affecting their public image. This is most evident in the case of Bella Thorne. When hackers stole and threatened to release her nude photos, she released the photos herself before the blackmailers could. Whoopi Goldberg’s public disapproval of Thorne taking nude photos in the first place created a media storm when Goldberg said, “If you’re famous, I don’t care how old you are. You don’t take nude pictures of yourself.” While many agreed with Goldberg’s reaction, Thorne argued that Goldberg was unfairly shaming young women.

While Goldberg importantly points out the necessity of being aware of what follows us on our “cloud,” her comments shaming Thorne are problematic because they take the attention away from the bigger problem at hand: the objectification of women’s bodies and how they are consistently used against them. Women are encouraged to be more confident about their bodies — yet are shamed when they embrace them. In this and many other situations, women have been painted as the perpetrators of their own downfall, instead of the victims of these situations. Thorne doesn’t deserve to be shamed in the media because she was the victim of a photo hack that didn’t harm anyone, in sharp contrast to the damaging comments made by Kashuv.

Perhaps the bigger question is how to ensure women’s privacy is no longer violated instead of scapegoating them. The issue of leaked photos reveals the intricacy of young adults’ past mistakes — and how it is crucial to consider the complexity of those mistakes when determining whether or not they should affect someone’s future.

Joshen Mantai wants you to be aware of how your actions could affect your future or someone else’s.