The Daily Nexus
The Daily Stench
Bear Grylls to Spend Night in Buchanan Bathroom for Next Survival Challenge
June 28, 2019 at 4:20 pm by Chace Duma 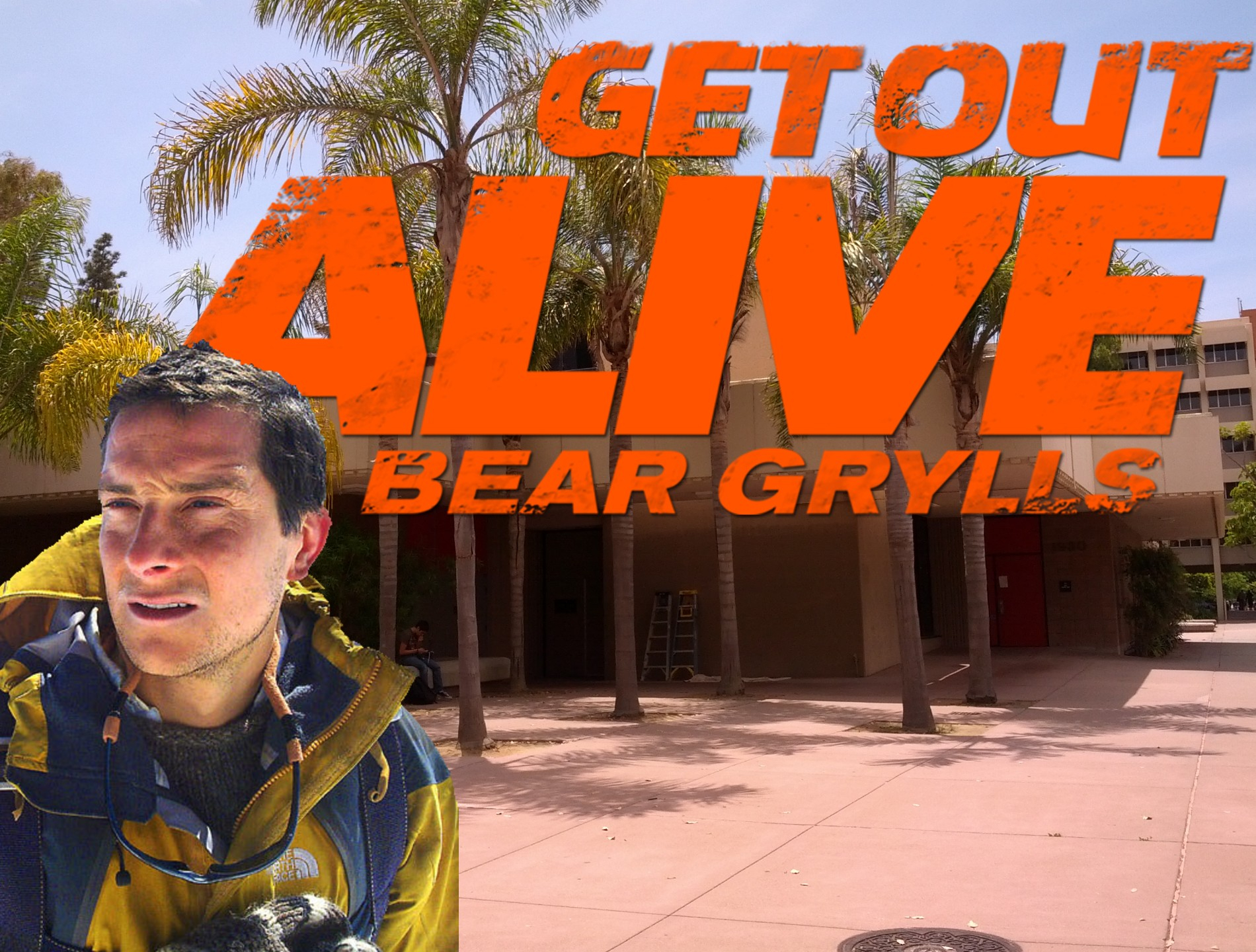 Famous survivalist Bear Grylls announced on Twitter last night that for his next television special, he would be spending a week in the bathroom at Buchanan Hall.

“I’ve survived under some of the most intense conditions,” Grylls stated in an interview after the tweet went viral. “I’ve been to some of the most harrowing places on Earth … but none of them as God-forsaken as that bathroom.”

Grylls continued detailing his upcoming trip, with the fear in his eyes palpable — and disturbing.

“The moment I saw the state of that bathroom, I knew it was a mountain I had to climb, a throne I had to sit on … both metaphorically and literally,” he said with a terrified chuckle. “The horrible graffiti, the doors falling off, mysterious fluids dripping down the walls … it takes “Gothic architecture” to an entirely new level.

When asked about what was worrying him the most for his upcoming restroom rendezvous with fate, Grylls stated, “I’m not a believer in the paranormal. That being said, after seeing my future bedroom, I’m terrified for a possible confrontation with whatever hygiene-deficient demonic entity haunts those stalls.”

If he makes it out alive, Grylls’ new special will air in the fall.

Chace Duma thinks that the least you could do is put dividers between the urinals.