In an attempt to fill two vacant seats within the Associated Students 70th Senate — one of which went unfilled during 69th Senate’s term as well — the Senate voted Wednesday to put out applications for the positions. 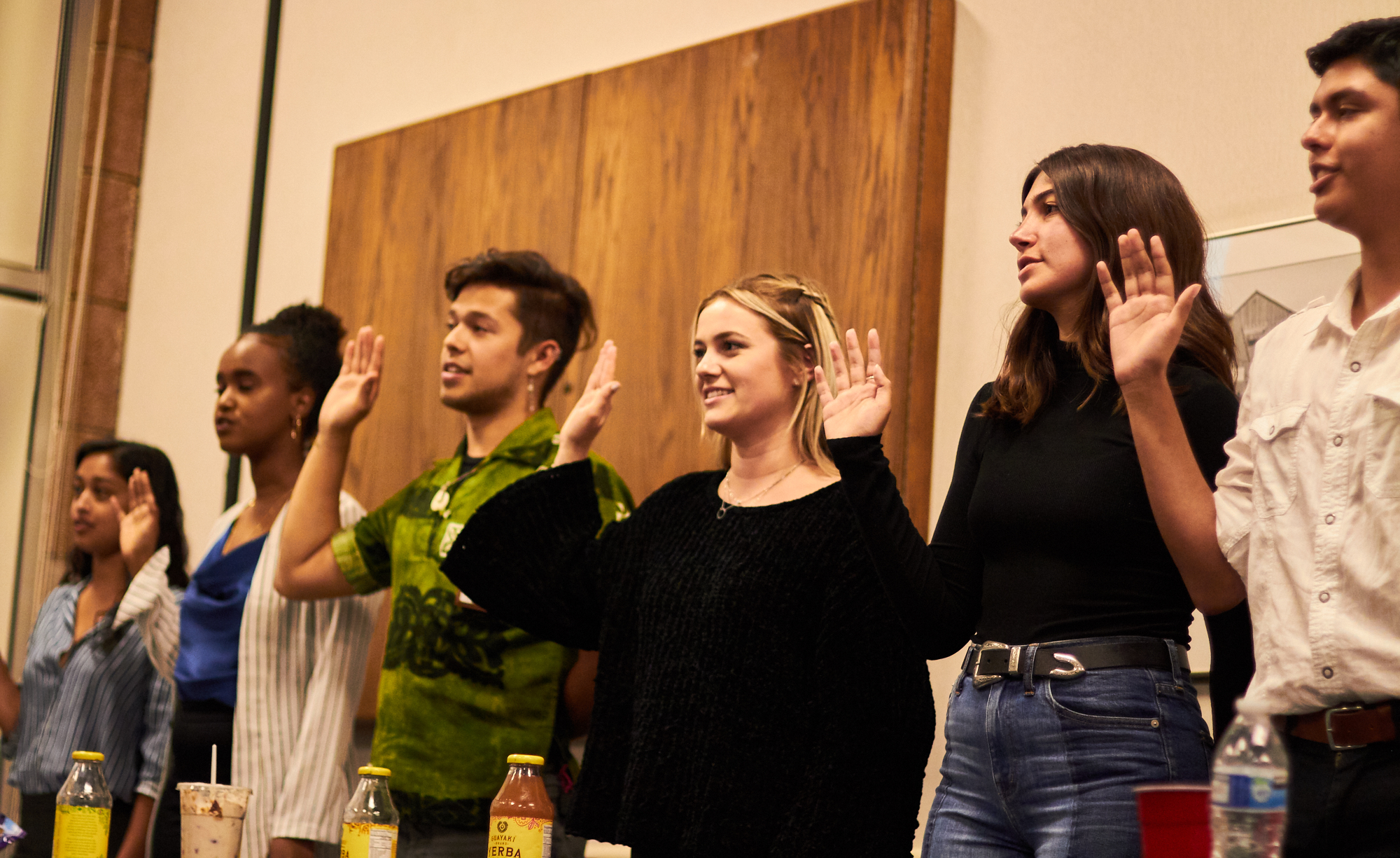 The 70th Senate was sworn in two weeks ago. Andrea Verdugo / Daily Nexus

This is the second year in a row that no one has run for the open CCS seat; the last person to hold a CCS seat was Sophia Uemura in the 68th Senate during the 2017-18 school year.

Due to the two-seat vacancy, there are only 23 senators in the 70th Senate as opposed to the slated 25.

To fill the seats, the Senate will put out applications “to the UCSB community,” Wednesday’s resolution read.

White and Segura-Esquivel will not have voting abilities; the five additional senators will be the only voting members.

“It is important that these vacancies are filled as soon as possible to ensure that the 70th Senate runs smoothly and is properly able to address the needs and concerns of the constituents belonging in both the College of Creative Studies and the university residence halls,” the resolution states.

The committee will also reach out to students who have previously inquired about the position to “let them know of the application and interview process,” the resolution states.

A decision will be made in Week 4 of Fall Quarter 2019 as to who will fill the seats, the senators confirmed at Wednesday’s meeting. The candidates must be approved be at least a 50% plus one vote in the ad hoc committee and a two-thirds approval by the full Senate.