The Daily Nexus
News
Veterans Resource Center Inches Toward “One-Stop Shop” Model
May 30, 2019 at 12:01 am by Sanya Kamidi and Max Abrams

The UC Santa Barbara Veterans Resource Center, founded by and for student veterans on campus, is inching toward the “one-stop shop” model that student veterans advocated for five years ago in a set of demands to the chancellor. 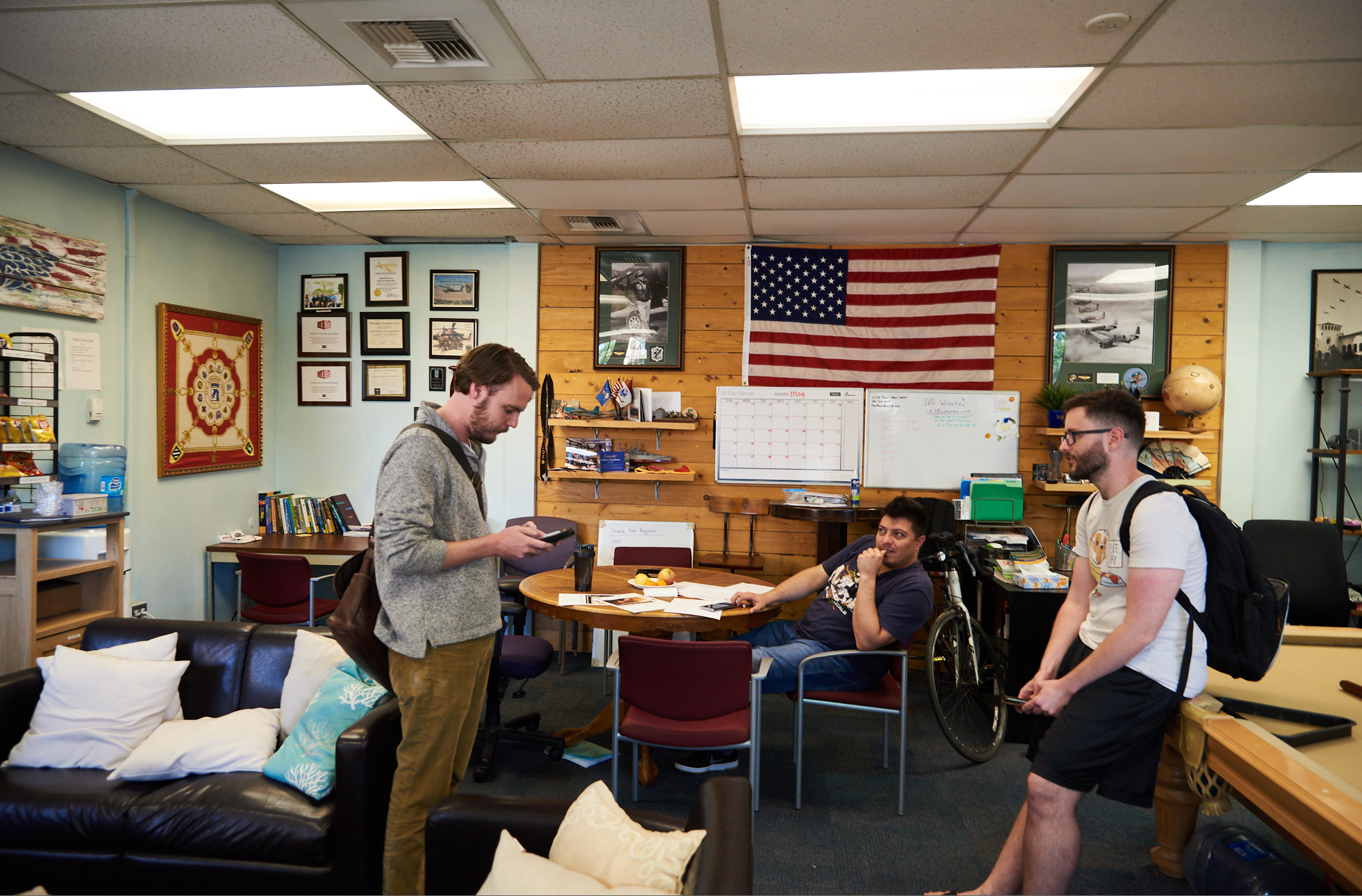 The center will be relocating to a space adjacent to its current spot in the Associated Students Annex in Fall Quarter 2019, which almost doubles the current square footage available for student veterans. The new space is 981 square feet and has two offices and a bathroom.

The center currently has approximately 550 square feet and is composed of one small room and an office. But this current space is not large enough to accommodate to students in need of private meeting spaces, according to Coby Dillard, veterans and military services coordinator.

Dillard said an ideal “one-stop shop” resource center would have an academic advisor, a counselor and a certifying official who can double as a financial aid representative and provide any other resources that an incoming veteran student would need, all in one place.

Right now, Dillard said, when a student comes to the center, he can “help to a degree,” but at the end of the day, he often has to direct them to multiple different places.

“Research says that if you have individuals who can come into a single location and get all their assistance, over the long-term, they perform better academically,” Dillard added.

The new location takes a step toward a “one-stop shop” with larger square footage and dedicated meeting rooms, which Dillard can use to set up office hours for various advisors to drop in.

But Dillard isn’t the first one who has tried to turn the center into a “one-stop shop.”

In 2014, two student veterans presented a list of grievances and demands for change to Chancellor Henry T. Yang.

First on the list of demands was a “space that can continuously accommodate quiet study, lounge, peer to peer tutoring, mental health and VA counseling…. These rooms will not be decentralized and will share a similar location or structure.” But Dillard described this demand as only partially fulfilled.

At the time of the demands, roughly 400 members of the entire student body were military-related, which includes veterans, military dependents, reserve duty students and more. Dillard said that number has now increased to over 520.

While the one-stop shop model is years in the making, the center’s high staff turnover made it difficult for any real progress to be made, according to Dillard.

Dillard is the fourth person since 2012 to run the program. The first two coordinators stepped down to go back to school, and the third served as an interim coordinator until Dillard was hired in July 2018.

Staff turnover is also the reason why so many of the unspoken agreements that the center has with other departments on campus are not formal policies, Dillard said.

“Institutionally, a lot of our policies exist, but they’re not formalized anywhere,” Dillard said. “I know all the veterans get priority registration… And then the question in here is ‘Is there a formal written policy?’”

“A lot of my relationships with other offices across campus are based on understandings that have worked, not necessarily formal policy.”

When Dillard came to UCSB, his goal for his first year was “just stabilizing the place.” From there, Dillard said he moved on to assessing which areas of the center were in need of the most attention, and how he could best go about fixing them next year.

In September 2018, U.S. News & World Report ranked UCSB as the number four public school in the nation for veterans and 10th nationwide — but Dillard finds that “rankings like that don’t necessarily reflect what the student experience is because that particular ranking did not ask any questions about the student experience.”

Instead, Dillard finds that the Military Times’s survey, “Best for Vets” is a better metric as it accounts for “services and student experience.” Next year, Dillard plans to have veteran students at UCSB complete the survey so the university can be ranked on the Military Times survey.

Dillard’s ideas for the center stem from years of experience of working with veterans, most recently in Virginia Beach, Va. Dillard said that coming to UCSB and working as a coordinator was the next progression for his career.

“After doing this for seven, eight years, this is kind of the next progression for me career-wise,” he said.

“The next natural step is to run a program and if you’re going to run a program, [UCSB’s program] wouldn’t be bad to start with [because it is] one that is in need of some sort of strengthening.”

For his first Memorial Day at UCSB, Dillard wanted to not only honor former and current service members, but also make the holiday more visible to the school.

Last week, the Veterans and Military Services program installed a “flag garden” made up of 2,000 flags planted in the open green space between the Annex and Storke Lawn.

Events like this are one way for Dillard and the program to increase visibility and awareness of veteran students on campus.

Although Dillard has several aspirations for the center in the next few years, the most significant one is emphasizing the importance of developing the Veterans and Military Services program.

“No one actually has been here long enough to take it from a resource center to a program.”

Dillard hopes to be the one to change this.

A version of this article appeared on page 4 of the May 30, 2019 print edition of the Daily Nexus.