The Daily Nexus
The Daily Stench
Fear of Bad Evals Leads TA To Mutter Tentative F- Word
May 30, 2019 at 4:20 am by Maddie Smith 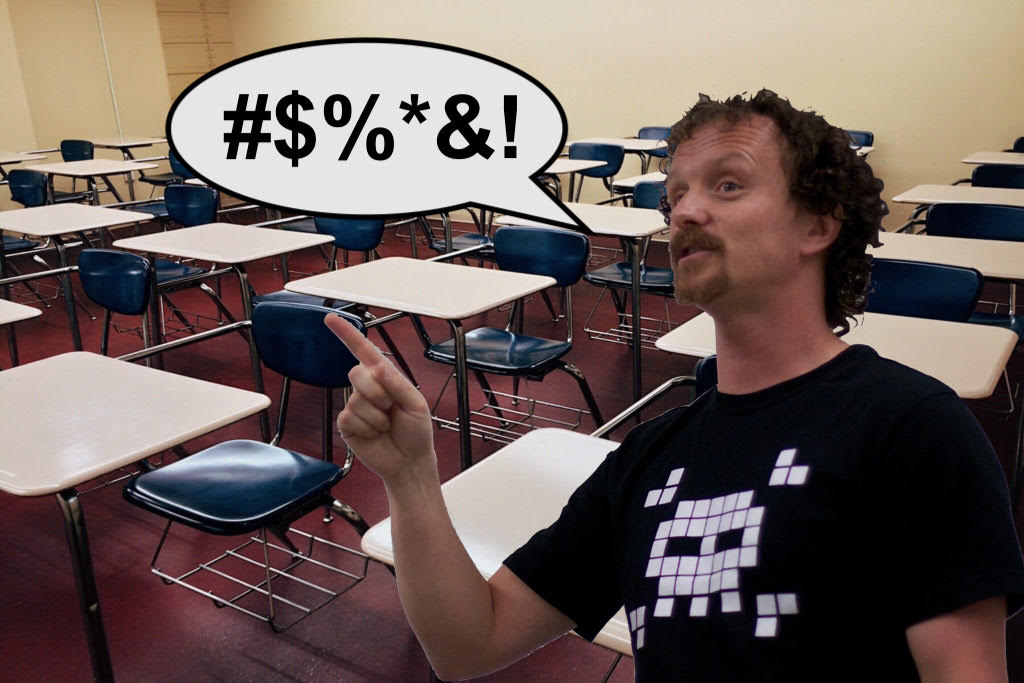 As we near the end of Spring Quarter, evaluations are imminent. TAs around campus are reporting a creeping feeling as if their future as graduate students could be ruined by a few asshole undergrads. In order to remedy this feeling, one TA attempted to connect more with his students by uttering a tentative f-word.

Triye Hard, a TA for a Psychology 1 class, was reportedly boring his students more than usual this past Thursday. When the 16th student slumped down in their seat and started the familiar act of swiping, Hard had to make a last-ditch effort.

“Guys… I know this is kind of boring,” Hard stated. “HAHA, who am I kidding? It is so fucking boring.”

The use of the f-word caused instant, yet mixed, reactions. Some students immediately began texting furiously, eager to finally have something semi-interesting to say in their group chat that might elicit a response. Several front-row students, also known as kissasses, were seen nodding and muttering in approval.

“I think it really humanizes him, y’know,” said one front row gal after the incident. “To see a TA use words that us kids use — wow, really makes me respect him more.”

Another group of students, who had become desensitized to the word, just rolled their eyes at Hard’s feeble attempt to be cool and adjusted their Thrasher tees.

Lastly, a very select few failed to hear Hard’s cursing due to a lack of consciousness. They were later reported to regret not having heard him utter the word.

“I was really just trying to get in their shoes and have them see the real me,” Hard explained. “I mean, I smoke kush, inhale the devil’s lettuce, submit to Mary… haha.”

Ultimately, Hard’s attempt to better his evaluations failed. When asked how they were planning on reviewing Hard, half of the class stated that his cursing skills would lead them to rate him highly. Unfortunately, the other half felt his endeavor was lame and decided to rank him lower than before.