The Daily Nexus
Music
Electronic Artist Flying Lotus Continues to Evolve His Sound
May 30, 2019 at 6:00 am by Brandon Victor 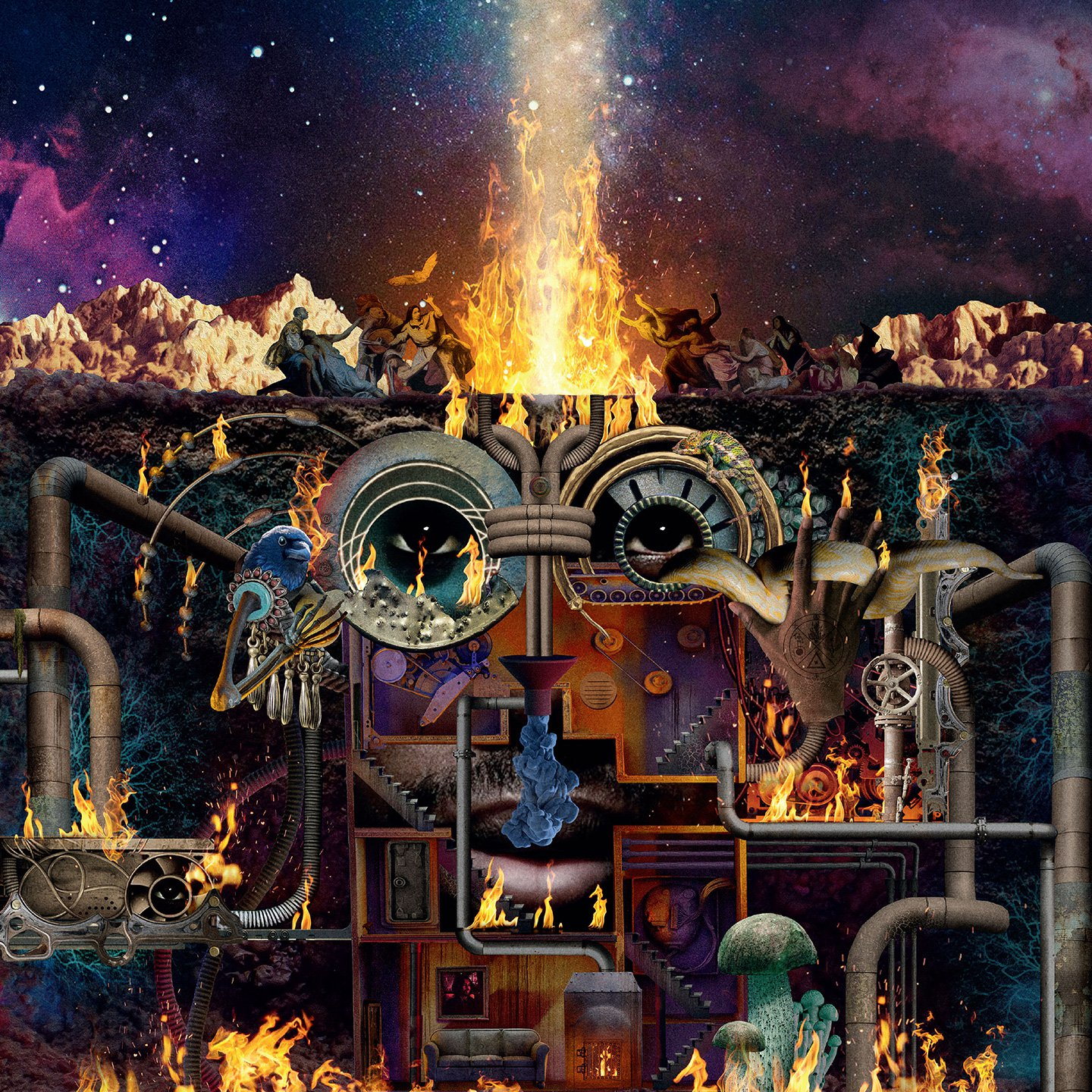 Five years after the critically-acclaimed album You’re Dead! — which spawned crossover hit “Never Catch Me” and features a young and hungry Kendrick Lamar  — Flying Lotus (FlyLo) returns once again with one of the most ambitious albums in recent memory.

Flamagra, Lotus’s sixth studio album, is a loose concept project centered around the idea of fire, with the album cover depicting what appears to be hill-like factory in flames in space. Somehow, Lotus creates music that perfectly encapsulates this abstract image.

The album kicks off with “Heroes”, an epic, fast-tempoed opener that feels both airy and frantic. This theme continues throughout the first half of the album with most songs sounding like a score to a movie placed in outer space.

Take the sixth track on the album for example, “Burning Down the House”, which features legendary P-Funk singer and songwriter George Clinton. Lotus matches spacey synths with a swaggering bassline reminiscent of early Dr. Dre, creating the perfect atmosphere for Clinton to eerily croon, “I know something that they don’t know.”

Speaking of basslines, Lotus once again leaned on the work of longtime friend and collaborator Thundercat to craft about 90% of the bass on the record and, per usual, the duo clearly displayed their trademarked chemistry.

In 2019, a time when artists have seemingly abandoned attempts at long albums, the 27-song, 67-minute project appears almost overwhelming to listen to.

While Flamagra is perhaps intentionally disorienting, the pacing of the album suffers at points. After the aforementioned song “Burning Down the House,” the album lulls because of four consecutive tracks that fail to advance the mood or theme of the album in any significant way.

However, the album comes roaring to life again with the eleventh track “Yellow Belly”, featuring breakout rapper Tierra Whack. Over an incredibly minimalist beat, Whack’s feature is downright hilarious. At one point Whack raps, “He’s got titties in his face” in four completely different voices. It may sound unorthodox, but Whack’s raw charisma is what carries this track.

Immediately after this sonic detour, Denzel Curry spits a verse that proves he is an up-and-coming talent in rap on “Black Balloons Reprise”. Despite FlyLo crafting a more orthodox beat for Curry, the haunting overtones of the composition once again foster a lingering sense of paranoia in the listener.

As the album approaches the end, Lotus swaps out this feeling of paranoia with a much sweeter, more nostalgic sound.

On “Debbie is Depressed,” Lotus somehow merges what sounds like a mid-2000s  Clipse beat with a smooth vocal sample that states, “All the days just feel the same.” At its best, Flamagra creates haunting, yet touching moods that few artists dare try to encapsulate.

In another standout, “The Climb,” Thundercat adds his own high-pitched vocals to the track. Over a warm instrumental, Thundercat’s voice sounds perfectly at home — a comforting presence in what is, more often than not, a disorienting album.

In large part, FlyLo centers this part of the album around the passing of his dear friend Mac Miller. In fact, the second to last track, “Thank U Malcolm,” is a heartfelt tribute to Miller, with swelling strings and an electric guitar riff that allows the listener to feel the impact that Miller had on FlyLo.

FlyLo has delivered one of the most unique and nuanced albums in recent memory, but it still suffers from a few shortcomings. The album can be slow at times toward the middle — perhaps Lotus might have benefited from cutting a few songs from the album.

In addition, while the album features some excellent guest performances, none rival the performance of Lamar on “Never Catch Me.”  On lead single “More,” Anderson .Paak comes closest to hitting this high, thanks in large part to the booming beat Lotus laces for him. Unfortunately, .Paak’s rapping has never been his strongest suit, and his cadence has once again left something to be desired on the track.

In spite of these flaws, Flamagra‘s proven that Flying Lotus is a singular talent — one who can seemingly capture any mood in his music.