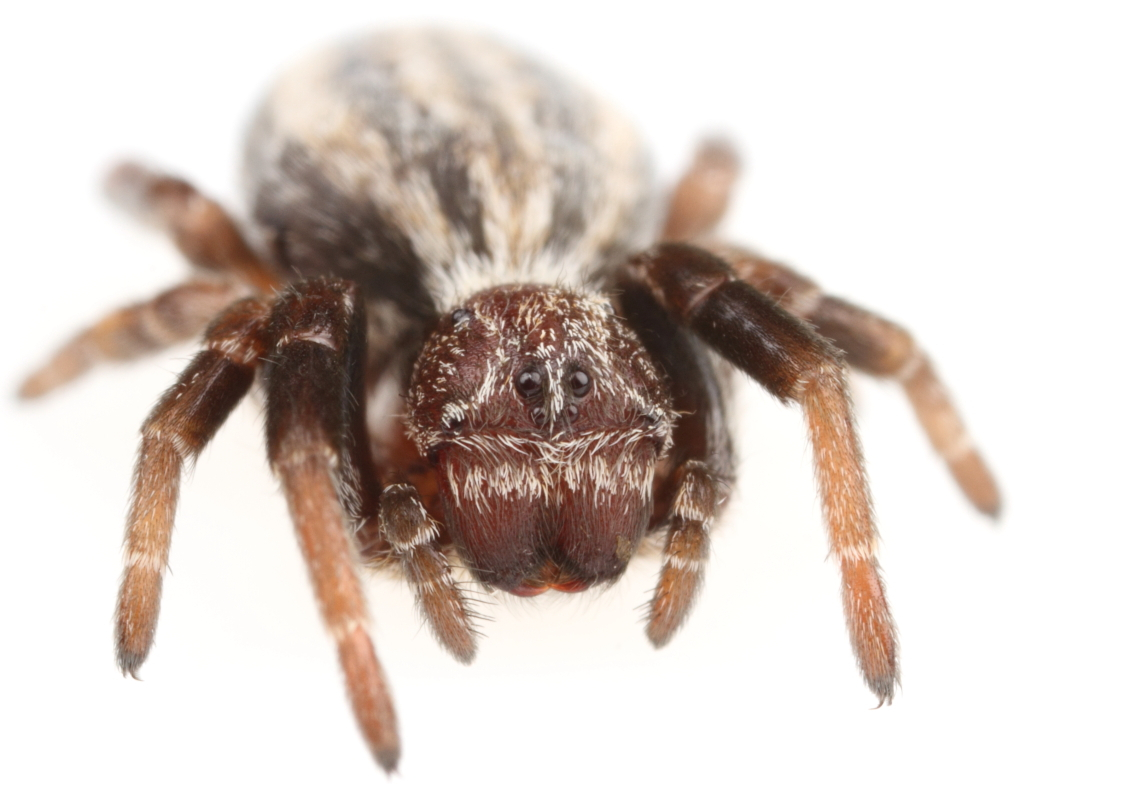 Pruitt’s study looked at the performance of African social spider societies depending on their levels of aggressiveness or docility. / Courtesy of Jonathan Pruitt

In Southern Africa, as one walks through sparse woodland, they may come across white sheets — reminiscent of translucent tablecloths — set atop brambles or foliage and left to dangle. Spiders here have evolved to bunch together in colonies, building these intricate webs which they use to ensnare unsuspecting prey together as a collective.

Jonathan Pruitt, a UCSB associate professor with the Department of Evolution, Ecology, and Marine Biology, has spent the better part of eight years studying African social spiders (Stegodyphus dumicola) in Namibia and the Drakensberg, and his latest work with them has shed light on the various ways in which the success of a colony can be affected by its behavioral tendencies.

“Most recently I did research regarding what traits enable the success of societies and whether or not that the optimal strategy of a society might change based on what the other societies around you are doing,” Pruitt said.

African social spiders are the perfect test subjects because the researchers could establish experimental colonies in a site which would then reliably stick to the location where it was placed.

“What social spiders do in the wild is they basically create a multifemale colony that they use to intercept prey, like a shared trap together in their web. They basically are filter feeders and they wait for prey to come by,” Pruitt said.

“Social spiders are a special case where basically, all these little spiders are trapped on a ship — their colony — and if the ship goes down, they’re screwed.”

Pruitt and his team created experimental groups of colonies which they compared with one another. On a given tree in the field, they would place together five colonies composed of 10 spiders, each of which had different temperaments and levels of aggression.

“In some of those patches I had colonies that were all aggressive, all docile, and then I had varying ratios of docile to aggressive groups. I monitored their performance. How much food did they get? How many offspring did they produce? Et cetera, et cetera, for the next five months in the wild,” Pruitt said.

The researchers defined aggressive and docile behavior according to levels of activity which individuals exhibited within a colony and then the activity of the colony as a whole.

“Aggressive societies produce massive filters to skim prey out of the sky, and they’re very responsive to prey when it hits the web. Docile societies produce relatively small filters and aren’t as responsive to prey, such that when prey hits the web only one or two spiders will come out, versus an aggressive society, where when prey intercepts the web maybe 20 individuals will come out,” Pruitt said.

The presence of two dispositions begs the question, which one leads to greater success? According to Pruitt’s findings, the answer depends.

“I created a generalized linear model to answer how does the performance of a society change depending on whether it’s aggressive or docile, and does that relationship change based on who’s around it, so [that includes] the frequency of an aggressive colony strategy in that neighborhood,” Pruitt said.

The study, published in the journal Nature Ecology & Evolution, found that the success of a given community was contingent on the behavioral tendencies of the surrounding communities, coupled with the availability of resources. More abundant resources in the environment made for more successful aggressive colonies.

During these periods of scarcity, docile societies would end up winning out over ones who put in more effort to find resources — resources which no longer were present in the volumes which are necessary to support colonies with a high energy expenditure.

Pruitt now works at McMaster University in Canada but maintains a soft appointment at UCSB. Students working in his lab at McMaster are conducting research with other animals, including wasps, acorn ants and — tentatively — damselfish.

“It’s still ongoing, and we’re looking to see whether or not this is an anomaly of one particular study. We want to see if the findings are robust, but in principle, it stands to reason that what your society should do, in terms of optimal strategy, will depend on what your rivals and neighbors are doing, with virtually any species,” Pruitt said.