The Daily Nexus
Sports
No. 4 UCSB Closes Out Season Hosting Blue-Green Rival Cal Poly
May 23, 2019 at 2:06 pm by Jorge Mercado 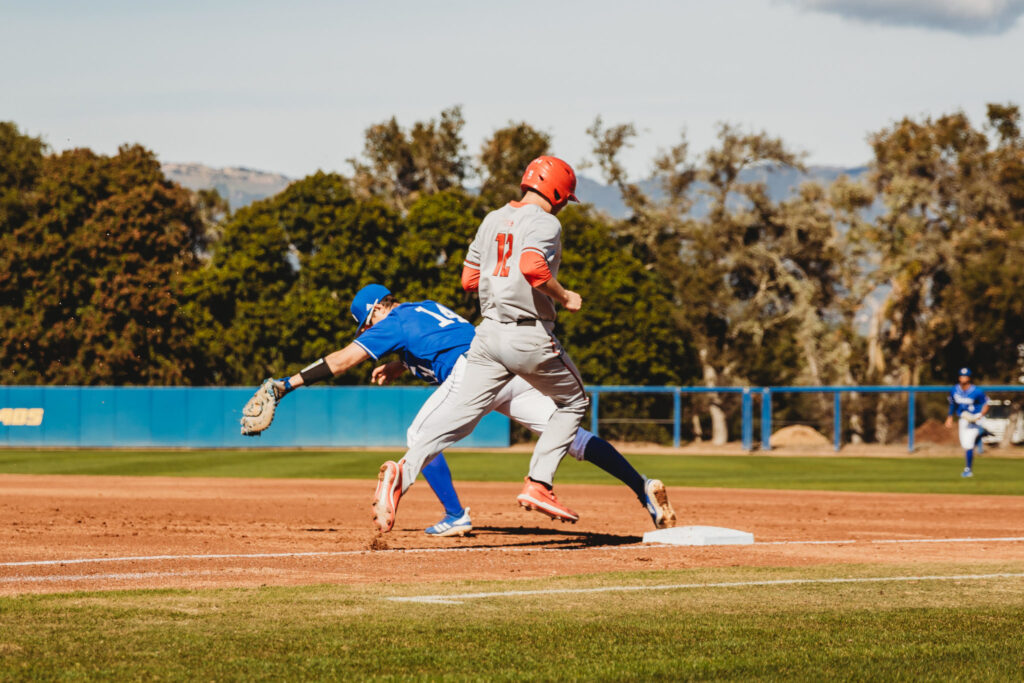 Holding a three-game lead with three games to play, the No. 4 UCSB baseball team is in prime position to claim its first Big West title since 1986.

The Gauchos are in complete control of their own destiny heading into the final weekend of the regular season versus their Blue-Green rival, Cal Poly. Even with three losses this weekend, Santa Barbara has already clinched at least a share of the Big West title.

But that is not enough for these Gauchos who want to win the championship outright.

Winning the title outright would open a world of possibilities for UCSB. It would be the Gauchos’s third championship in program history and with at least a series victory, they might have enough of an impressive résumé to host a regional, their first time doing so since 2015 and second in team history.

Additionally, if UCSB was to sweep, the team would surpass the current record and set a new one for most wins in a single season, which is currently at 46. Santa Barbara comes into this matchup 44-7 overall and 18-3 in league play.

Cal Poly travels to UCSB holding a 26-27 overall mark and 15-6 conference record, though the Mustangs may have more than they bargained for as they hope to pick up three wins in Santa Barbara.

This season, UCSB holds an outstanding 26-1 record at home and have dominated at Caesar Uyesaka Stadium under Andrew Checketts, earning a 169-68-3 overall mark at home in the past eight seasons.

Furthermore, Santa Barbara has won 19 straight ball games at home, a program record that continues to grow with each game.

With 44 wins in 51 games, it is not just one player doing everything right — it is the team playing at an excellent level.

Junior catcher Eric Yang has been great all year and was recently named as one of 14 semifinalists for the Buster Posey National Collegiate Catcher of the Year award. He is currently batting .389, which is the best mark on the team, to go along with seven homers and 45 RBIs.

Another great player as of late is junior outfielder Armani Smith who is currently working an outstanding 16-game hitting streak. In that same time span, he has gone 27 for 69 (.391) and 14 runs batted in.

Pitching wise, sophomore Jack Dashwood will take the mound on Friday following a phenomenal start last weekend, striking out eight in seven innings and allowing just one run on two hits. For the season, Dashwood is 9-1 and sports a 2.16 ERA.

Overall, this weekend is huge for UCSB. The team is aiming for new program records and bragging rights during this slate.

Santa Barbara has only dropped one weekend series this season. Something tells me the Gauchos are not too keen on dropping a second one against their Blue-Green rival.

First pitch between UCSB and Cal Poly begins at 3 p.m. on Thursday, May 23 at Caesar Uyesaka Stadium.