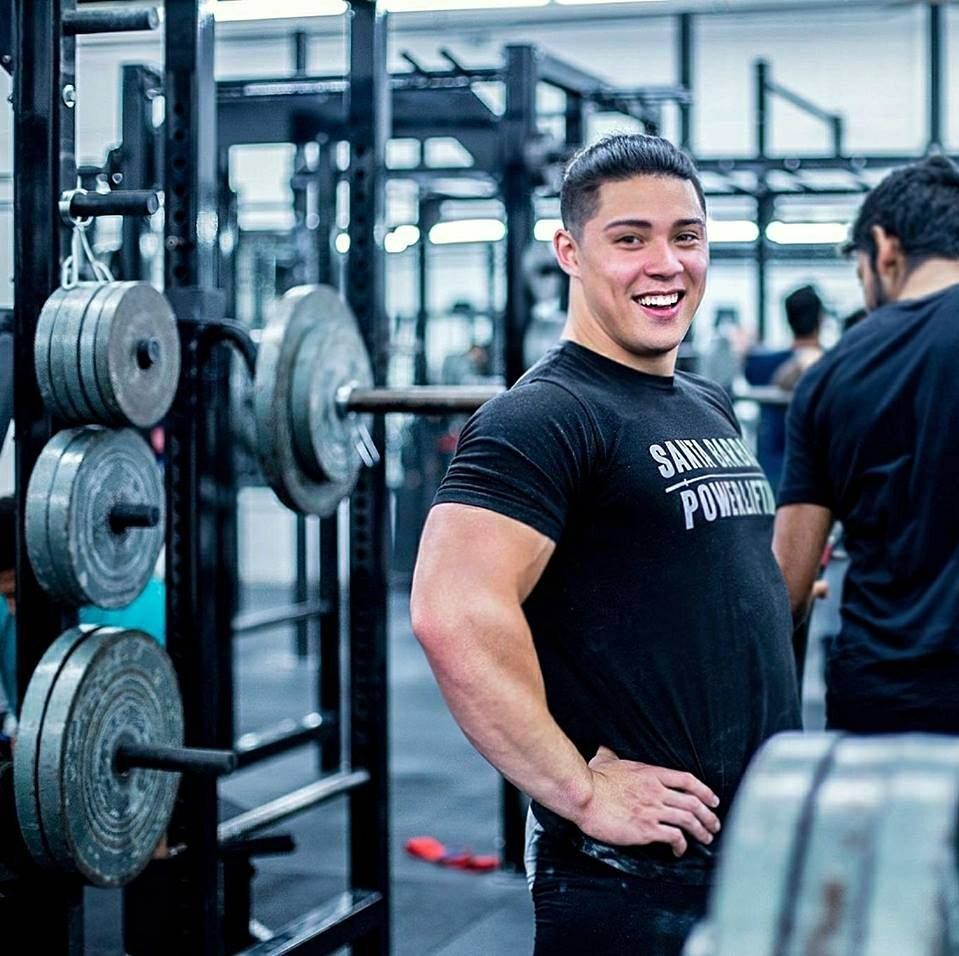 On Saturday, May 25, members of UCSB’s Santa Barbara Powerlifting Club will drive up to Mountain View, Calif. and compete in the upcoming 2019 USA Powerlifting Boss of Norcal 10.

The members have been training for various lengths, ranging from the start of the quarter to the start of the school year, and boast their strength and technique in a meet filled with tough competition.

Powerlifting is a sport that emphasizes strength and technique, maximizing efficiency in its three key lifts: the squat, bench press and deadlift.

Recently, we were able to talk to the president of UCSB’s Santa Barbara Powerlifting (SBPL) Club, Justin Holcomb, and club member Arianna Tong, to ask about their individual thoughts and emotions about the club and the sport.

Daily Nexus, Leonard Paulasa: Hi guys, thank you both for doing this interview. To start, I would like to ask each of you how you got involved in powerlifting?

Justin Holcomb: I was introduced to powerlifting through this club my freshman year.

Arianna Tong: I started powerlifting about a year ago, actually, May 2018. I learned a bit from water polo, but I started lifting more weights when I was trying to lose weight.

LP: Do either of you have any stories on how or why you started taking it seriously?

JH: I wanted to join a meet in June 2016, so about eight months after I joined the team, I started training for powerlifting.

AT: The weight loss journey is really when I felt a sense of empowerment and rush to return to the gym. I remember my multiple failed attempts of a deadlift, but when I finally lifted that, I felt a sense of triumph, and that’s when I really fell in love with powerlifting.

LP: How did you discover the powerlifting club?

JH: My hallmate told me about it.

AT: I became involved after Justin approached me and asked if I wanted to join.

LP: Arianna, what’s it like to be in a male-dominated sport and to be doing something that’s socially “unfeminine”?

AT: Honestly, it’s still an issue that I struggle with daily. You have a personal responsibility to own your craft. Sometimes, men just don’t find muscles physically attractive, or it’s unnatural for a 5’3” girl to be squatting a lot of weight. But that’s O.K. I just have to understand that not everyone is going to accept or like physical changes. Someone who I would consider a female role model is actually someone on our team — Avilia Lieu. I love the way she carries herself, and she’s an absolute unit. She handles her success with grace and poise, and she’s inspiring for women trying to get into powerlifting.

LP: What do you have to say to the people that don’t consider powerlifting a sport?

JH: Powerlifting is a sport to the extent that it’s a competitive expression of physical skills. It aims to isolate and test muscular strength, which means minimizing focus on other athletic qualities. Success in more traditional sports depends on the integration of these qualities, but that distinction doesn’t make powerlifting more or less of a sport than others.

LP: Do either of you have anything to say about SBPL or to the people interested in joining but are too intimidated?

JH: The thought that leads to intimidation is something like, “I’m not strong enough to be accepted by these people.” Let me ask you, have you ever seen someone trying [something] new and thought, “Wow, they’re not very good, so I don’t want to be friends with them”? No. So don’t tell yourself that. I want people to know that SBPL is about building a community; bonding with other people through an individual sport is how we grow.

AT: I initially brushed off Justin, actually, and thought, “I’m not strong enough to lift as much weight as the people on the team.” But similar to what Justin said, it’s really not about how much weight you can lift. SBPL is about creating an inclusive community who are passionate about the same thing we’re passionate about. I met some of my closest friends here and have become a better athlete and competitor.

LP: Thanks guys! Good luck on your competition this weekend, and we wish you good luck!