The Daily Nexus
The Daily Stench
Modern-Day Saint Refuses To Leave Any Sneeze in Lecture Hall Unblessed
May 22, 2019 at 4:20 am by Max Myszkowski 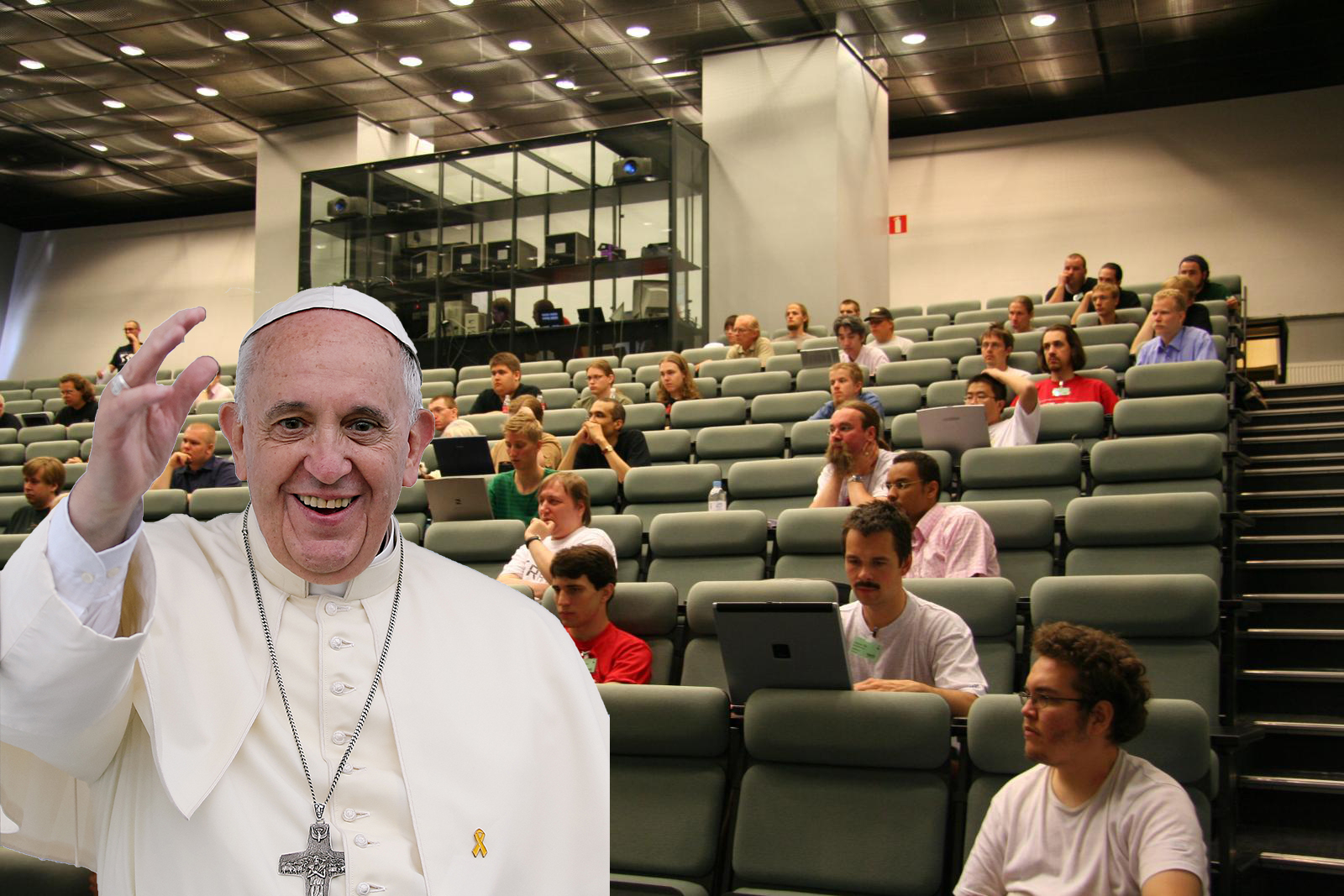 This Monday, modern-day saint, Benedict Dope Paul II refused to let a single sneeze in his 300-person lecture hall go unblessed. Shocked onlookers witnessed this modern crusader bravely serve his fellow classmates by continually interrupting the lecture to lay blessings upon the allergy-stricken masses around him.

Despite being unable to hear his quiet, pious prayers from all the way across the crowded room, those blessed reportedly felt a sense of divinity wash over them, as cleansing holy light shone upon their blighted bodies, absolving them of sin.

These newly-baptized individuals then proceeded to spend the remainder of the lecture glowing slightly as the holy energy of the Lord slowly dissipated, much to the distraction of the students around them.

“I’m just trying to learn math,” one lecture-attendee complained, “but I can’t focus with the Holy Ghost flying around, enlightening everyone who’s sensitive to pollen,” he continued, clearly embittered by having not been lifted into the astral plane along with his fellow classmates.

Following the conclusion of the lecture, Dope Paul was swarmed by expectant mothers, sick children and the elderly, all hoping to get one of his blessings while he was slinging them out like hotcakes. Thankfully, this master of altruism was more than able to facilitate the self-actualization of these individuals, and he proceeded to bless the shit out of them  faith-healer style right there in Chem 1179. Indeed, the chemistry building had never seen such awe-inspiring power and had certainly never seen people so eager to enter its confines.

“I can’t believe it! I can walk again!” one radiant young man exclaimed after Dope Paul sprinkled him with holy water from his hydroflask—leaping from his seat and tearing off the ankle brace he had been forced to wear following a horrific Birding accident.

This devout student has reportedly attracted the attention of the Catholic Church, and this Math 4B lecture is already being cited as his first miracle performed. His official canonization is scheduled for later this week.