The Daily Nexus
Virtual Reality
AirPods Clout Raises Doubts
May 18, 2019 at 3:32 am by Anum Damani

Ugh, I lost the dongle! Running to an 8 a.m. lecture and digging through your backpack for your headphones isn’t unusual. But realizing that you’ve lost the adapter and can’t listen to music on the way to your dreadful 8 a.m. really hits hard.

In moments like these, I question whether or not certain alternatives like wireless earphones are truly worth it. AirPods, the tiny white objects in the ears of countless students around campus, have become a rapidly-growing trend. This popular trend seems justifiable, as wireless earphones are more convenient than traditional earphones.

Along with the large amount of praise they receive, AirPods have also drawn a substantial amount of backlash. Sure, they’re more expensive, but that’s not the only reason they get so much hate. 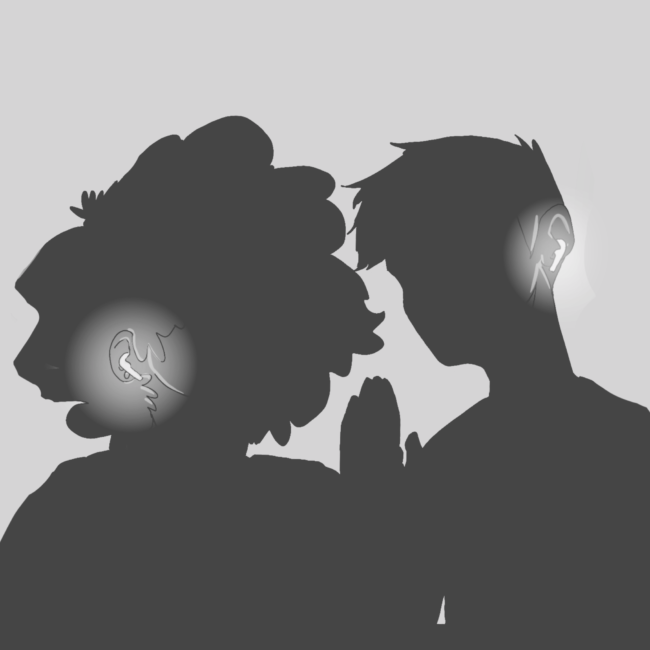 When they were originally released in 2016, they were frowned upon by the large tech industries and were not thought to have a viable future. These tech industries thought the cord of the standard earphones were essential to keeping them safe. Despite conflicting beliefs, AirPods have taken flight on our campus and have grown into a prominent status symbol.

AirPods are becoming a cultural phenomenon and gaining widespread support. But are people buying AirPods just to gain elite status or for the convenience factor? With AirPods all around us, it’s difficult to distinguish the real reasons why people choose to own them. But I think social pressure and social status are a big part of it.

There are still some who have not given in to the pressure, like Audrey Francis, a first-year communication major at UCSB. Francis says that AirPods are “expensive and unnecessary” and does not enjoy “the way the plastic Apple [headphones] feel.” She believes that on campus, AirPods “give you some kind of clout.”

Sure, they mean a lot to people because they are an investment and allow them to listen to music. AirPods are a polarizing piece of technology and there is a continuous debate about whether or not they are even worth the hype.

Instead of acknowledging the privilege surrounding phones in general, our society chooses to emphasize brand names and their respective places in the consumer hierarchy.

There tends to be a lot of backlash against people who choose to stick with the “inferior” technology, and many even consider Android phones to be lesser than their Apple competitors. Have you ever been put in a group chat with someone who has an Android? That person gets so much hate for the little green text bubbles that pop up on everyone’s glorious iPhone screens.

These tiny green text bubbles shouldn’t be linked to lower status but in reality, they are. There is always a small assumption that not having the most popular technology is due to one’s low economic status. Yet many fail to consider that even if someone is able to afford an iPhone, they may choose to go with another option due to personal preference.

Our society has advanced immensely in terms of technology. A phone itself is no longer a status symbol, even though it should be. In other countries, owning a phone — regardless of the brand — is a symbol of good economic standing. Instead of acknowledging the privilege surrounding phones in general, our society chooses to emphasize brand names and their respective places in the consumer hierarchy.

A major factor that influences people to buy AirPods is social status, just as much as function or convenience. No one wants to seem poor, so they go along with trends. And not having the cord of your headphones get jumbled with your keys might just be a plus.

Anum Damani wants individuals to be cautious when buying expensive Apple products and to not succumb to social pressures.