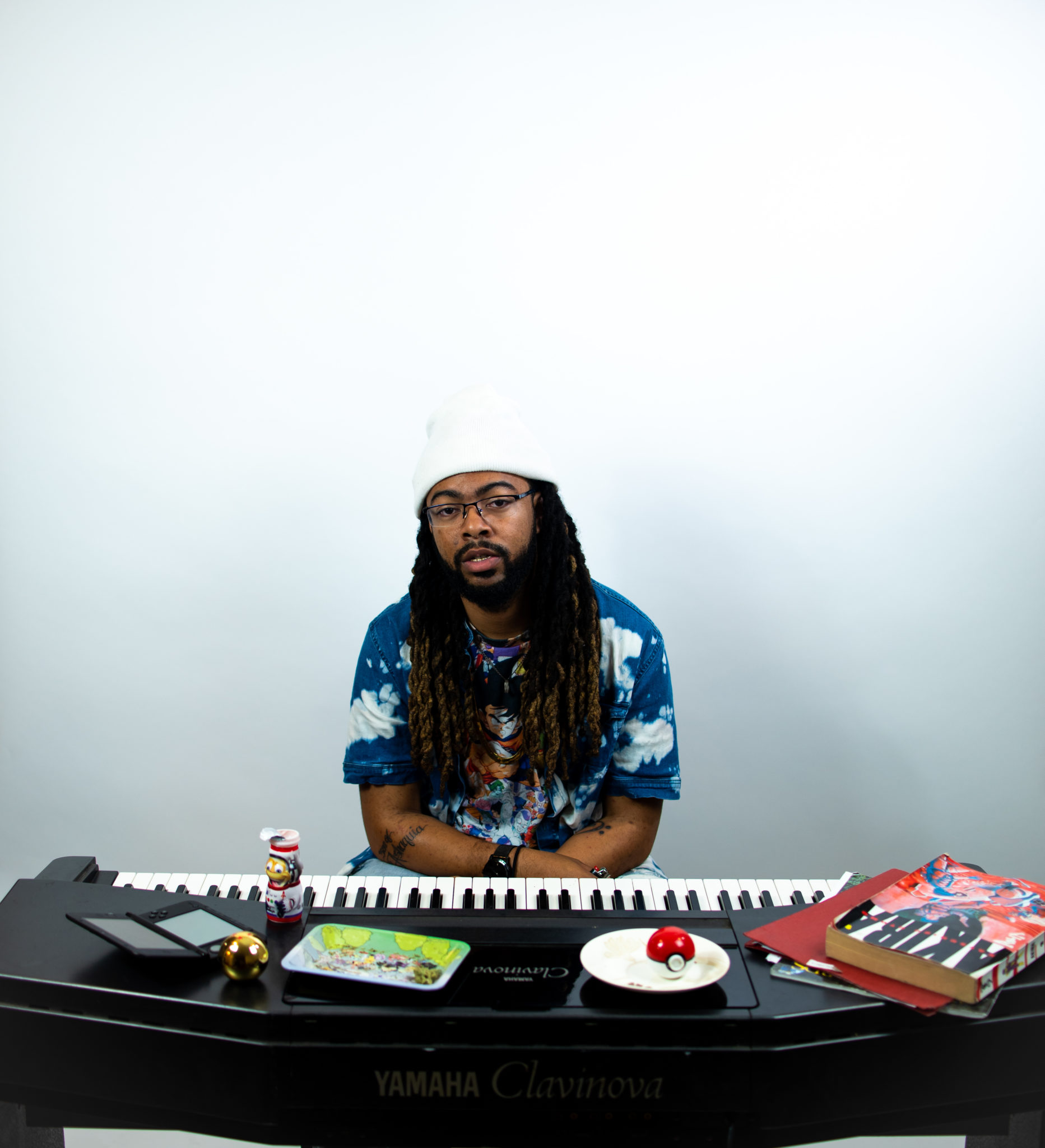 If you haven’t heard him on Spotify, watched his music videos on YouTube or seen him spinning decks in Isla Vista — you should. Jordan Mitchell is a master of his craft.

The local artist, a fourth-year music major at UC Santa Barbara, recently debuted his newest album, “Don’t Touch My Danimals,” earlier this year. Mitchell was quick to address the uniqueness of his album’s title, tracing it back to his obsession of a childhood snack from the past.

“’Don’t Touch My Danimals’ is something that’s really important to me. It’s who I am. It’s something that’s part of my childhood. It is me. I don’t want people to touch my childhood,” he said. Mitchell added that his inspiration stemmed from a renewed appreciation of the children’s yogurt, a name now shared among his newest album and his favorite snack.

But Mitchell revealed that there’s more to it than just the name.

I learned that in his Danimals prime, Mitchell did not like to share his yogurt as a kid, instead opting to keep it for himself. After departing from his prior band, N/A, Mitchell applied this same mentality to his newest pursuit — this time on a much bigger level. Almost all the vocal and musical elements for “Don’t Touch My Danimals” were crafted by Mitchell himself, an element of production he learned to embrace after deciding to embark on his project alone.

“I felt like I was putting in more effort than everybody else [in the band] and I said ‘fuck that.’ I can just do things by myself. When people were pushing me to be my own artist, it kind of revamped me to where I was … So I learned from this group who I am and I’m going to go [do this] by myself,” he explained.

As we talked through the project’s five-month timeline, Mitchell elaborated on his unorthodox and experimental nature when producing the album.

I quickly became familiar with the fact that Mitchell is picky, a desirable trait in music. In “Sancho,” for example, Mitchell produced the track three separate times: once as a trap beat, once as a Mariachi beat and once as a “trap-Mariachi” beat. To produce the song “Tokyocitypop,” Mitchell had to sift through two years’ worth of his own archives to find what he was looking for.

When asked about his favorite memory with the album, Mitchell knew right away: the time he produced the third portion of “Tokyocitypop,” a track inspired by his feelings of hopeless romanticism. It didn’t come easily, though. After fabricating “four versions” of the track based off “15 different samples,” his thirst for the proper soundtrack was finally quenched.

Music aside, Mitchell also worked to produce content that wasn’t limited to speakers. After $500, a trip to Studio City, a rented mansion and a camera crew, the music video for “Sancho” was born. “Bird” followed suit as well, in which Mitchell revealed there was “a whole lot of planning” and “a lot of different scenes.” 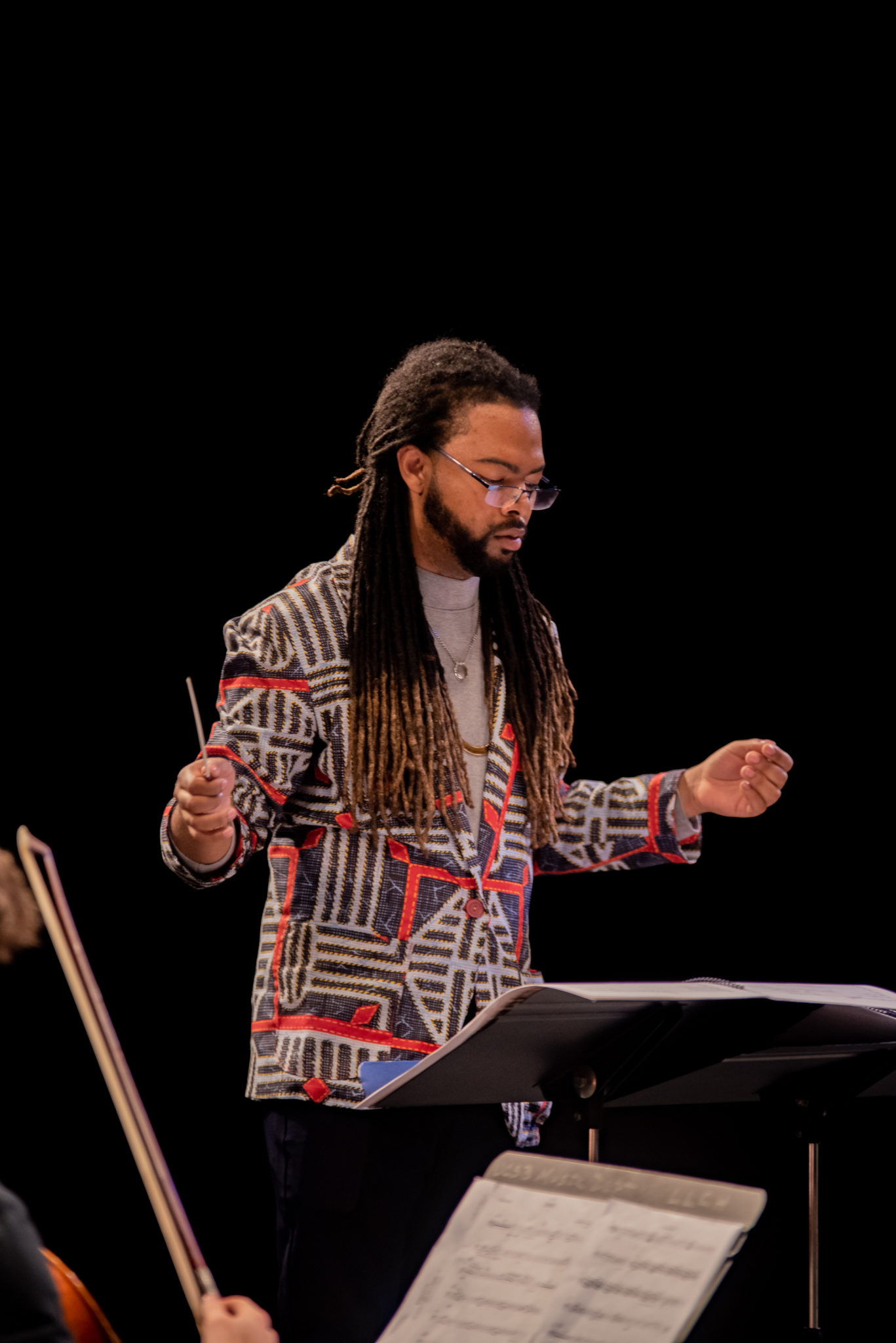 For starters, the Stockton-bred artist recommends “just fucking do it.” Mitchell advised if you’re interested in dipping a toe into the music world — jump in. Immersion is the fastest way to learn.

“Nine times out of 10 you’re gonna suck when you start. It’s okay to be bad as shit. You develop,” he said.

Replication, according to Mitchell, is a tool for progressing in music that comes not too far after taking the initial plunge. Before “you can be yourself” in music, Mitchell explained that it’s easiest to mimic similar styles of other musicians first, then taper down and try to produce music unique to yourself. Once that’s all down, Mitchell explained, then you can commit to making your own music.

But it’s much easier said than done.

Beginning when he was 11 years old, the now 21-year-old Mitchell has spent the last 10 years blowing air into trumpets and strumming guitars and, most recently, bass. This time period paralleled his zeal for a variety of music genres such as rock and metal. As for hip-hop, he was interested in that, too, but surprisingly “not that much.”

Along with his affinity for Weezer and System of a Down, Mitchell also has an ear for mariachi-style music, elements of which can be heard throughout “Don’t Touch My Danimals.” When chronicling his timeline of favorite genres, Mitchell somewhat alluded to a third facet of learning music: Take pride in what you make.

As a musician, Mitchell placed a heavy emphasis on preserving his artistic vision. After returning to his hometown of Stockon, for example, Mitchell caught the ears of other people in the recording studio who heard him play the beat for his song “Neotokyo.” He was immediately flooded with requests to be featured on his song — all of which he declined. But why?

“I’m very psyched about features and I don’t want to feature you on this song,” Mitchell told those who asked. Mitchell explained to me that when he has an idea, he sticks to it. He also told me it’s not nice to invite yourself onto somebody else’s soundtrack — it’s rude.

When producing music, Mitchell pays careful attention to his craft, treating “voices as instruments” on top of the already-present soundtrack. Mitchell’s explanation of his production game showed me just how much effort it takes to create quality soundtracks, a facet of the music industry he finds with not enough light shed on it.

“We’re getting into this time when we’re finally starting to recognize producers. You had Zaytoven, Lex Luger, TOKiMonsta, Flying Lotus — all these producers who just weren’t recognized” — and now, finally, they are.

For trap music specifically, Mitchell believes the beat is “meant to shine,” while other styles, such as boom-bap, are meant to complement the lyrics. Regardless, if it wasn’t for a quality soundtrack to support the lyrics of many popular songs, Mitchell has a hunch that “rappers wouldn’t be shit without a beat.”

To produce a beat, however, inspiration always helps. Mitchell finds his inspiration by treating each composition as a “very open diary.” In doing so, Mitchell’s music doubles as both a soundtrack and narration of some part of his life.

“I’ve never rocked by shit I’ve never done. That’s a very big rule. Even in my most hood-rat songs, I used to do all that. That’s the whole point,” he said. “I have Tinder love. I swiped right, she swiped left — that shit hurt! These are funny things, and, you know, how do I talk about this?” he said. 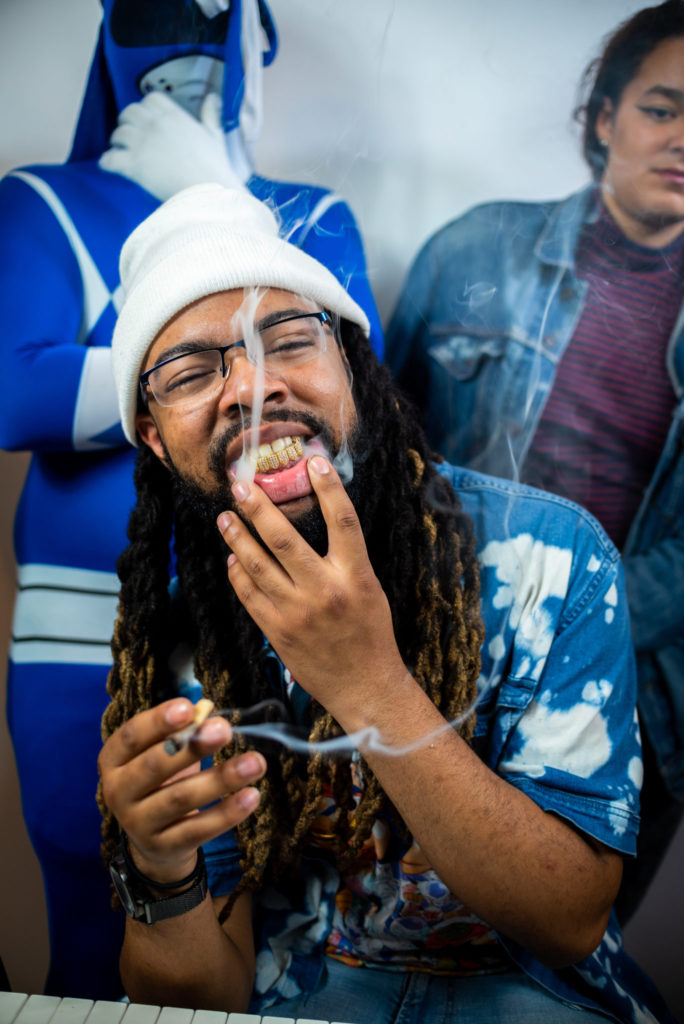 With two full albums and nearly ten singles on Spotify alone, it’s clear that Mitchell has many stories to tell — a few of which have garnered noticeable amounts of attention on the popular music-streaming app.

With recognition comes fame, but Mitchell doesn’t want it. When asked if he has any desire to be famous in the future, Mitchell said, “It’s cool … but I don’t give a fuck about being famous.” If it happens, it happens. But he says he likes his privacy.

Mitchell also hopes to one day make outrageously expensive music production software more accessible to help students have an easier time mastering it and alleviate the pain of shelling wads of cash to acquire even the most essential tools.

What Mitchell really cares about is teaching. When he’s not behind a DJ set or an instrument, he’s behind a desk, teaching students how to transform their ideas into tangible compositions. After teaching a music production class through the College of Creative Studies last winter quarter, Mitchell will be attending the University of Southern California next fall to earn a master’s degree in music education.

“Kids that I taught music composition and hip-hop to — I want them to become famous. I want to sit down and be like, ‘They did that. And I’m proud of them,’ ” he said. “I’m not gonna sit here and ask for money. I just know that I did my job as an educator and happened to rap and produce my own stuff. At the end of the day, I just want to teach.”